Offshore investors were net buyers of Samsung Electronics for four consecutive sessions from April 7-10, having purchased a net 179 billion won (US$145 million) worth of the company's stocks as their top pick.

It is the first time since Feb. 14 that foreign investors net bought the tech giant's shares for two days straight.

From Feb. 18-April 6, foreign investors had dumped a net 7.1 trillion won worth of Samsung Electronics stocks amid fears that the COVID-19 pandemic would slash global chip demand.

Since March 5, foreign investors have sold a net 14.1 trillion won worth of South Korean stocks. 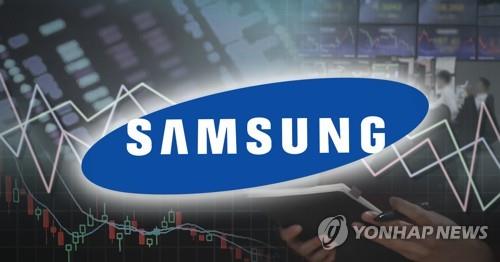 Foreigners' return to Samsung shares, however, has sparked cautious optimism that their weekslong selling spree may be nearing its end.

Last week, Samsung Electronics put its first-quarter operating profit at 6.4 trillion won for the January-March period, up 2.73 percent from 6.23 trillion won a year ago.

The reading beat the market consensus of 6.19 trillion won in operating profit based on 20 Korean brokerages, according to a survey conducted by market tracker Yonhap Infomax.