The number of job openings in the country stood at 139,485 at the end of February, down a whopping 63,318 positions from a year earlier, according to the data from the Korean Statistical Information Service.

The decline is the sharpest since August 2011, when 64,377 positions vanished.

The tally covers job vacancies that allow job seekers to begin work within a month and is used as a yardstick of the labor market's ability to absorb workers.

The coronavirus outbreak has hit temporary and daily employees hard, with the number of openings for them shrinking by 27,077 to reach 13,826. 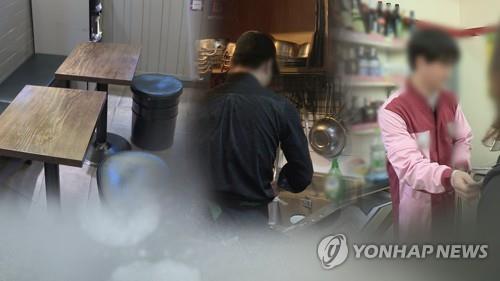 February's tumble was attributed to the novel coronavirus outbreak, which has dealt a harsh blow to consumer spending and corporate activities, as people have been urged to avoid going out to help curb the spread of the disease.

Despite the coronavirus outbreak, South Korea's jobless rate fell 0.6 percentage point on-year to 4.1 percent in February, as its impact was not fully reflected.

Also on Monday, the labor ministry said the country's unemployment benefits payment hit a record high of nearly 900 billion won (US$738 million) in March, up 40.4 percent from a year earlier, amid the COVID-19 crisis.

Hours after the data was revealed, President Moon Jae-in told his economic team to map out timely "special" measures to insulate jobs from the fallout of the novel coronavirus that has infected 10,537 people and claimed 217 lives in South Korea since the first case was reported on Jan. 20.
(END)

Feb. job openings dip at fastest clip in over 8 years on virus

Feb. job openings dip at fastest clip in over 8 years on virus