The six-piece band's ninth EP, "Look," is scheduled to hit major online music stores Monday evening, the first release from the group since the EP, "PERCENT," dropped in January 2019.

The new album is led by the single, "Dumhdurum," and carries a total of seven tracks, oriented toward the subject, "I." The lead single is an addictive dance number and Apink's latest collaboration with songwriting duo Black Eyed Pilseung, as well as Jeon Gun, known for producing a series of hit songs for A-list girl bands.

The album's main message, "I love my own self as it is and I will live as I choose," is a declaration of confidence possible only from such a long-reigning band as Apink. 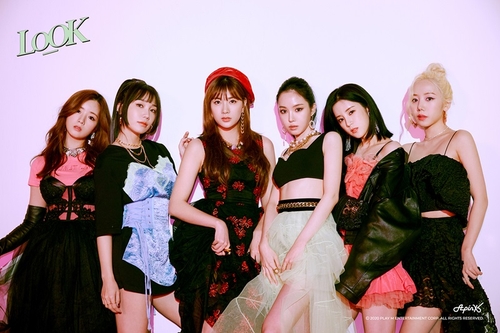 "With the new album, we want to remind (fans) of who Apink is. At the same time, we also wanna hear from fans (through the album) that 'That's indeed Apink,'" member Oh Ha-young said in a written Q&A, released by Play M Entertainment.

Member Yoon Bo-mi stressed that the latest album effectively sheds light on the character and the forte of each and every band member.

"As indicated by the album title, 'Look,' (fans) may be able to look at and find the charm of every member," she said. 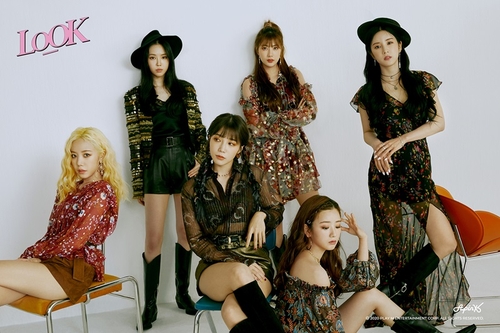 In January, the band celebrated its ninth anniversary since its debut in 2011 and is now on course to count its 10th year, solidifying its presence as one of the longest-running idol girl band still active in the K-pop scene.

"(Despite the long career) we are still very excited and nervous ahead of a new album release," team leader Park Cho-rong said.

"We began our 10th year this year, but our craving and thirst for a (good) album is just the same as when we debuted," the leader noted.

Park wrote the lyrics for "I Love Your Every Moment," one of the new album's two songs dedicated to fans.

The track list of "Look" also includes "By Myself" and "Love is Blind" in addition to the lead single "Dumhdurum," which depicts being unfazed by being abandoned by a lover.

"Apink has grown up and its music has also transformed and developed with us as time went by. Going forward, we want to continue to grow and illuminate our own color," member Jung Eun-ji said. 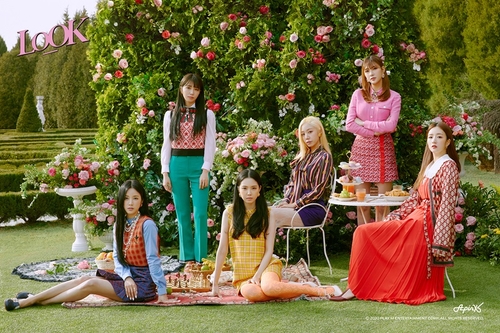 With new album, Apink cements presence as one of K-pop's longest-running girl groups

With new album, Apink cements presence as one of K-pop's longest-running girl groups