SEOUL, April 13 (Yonhap) -- Two South Korean companies are expected to ship their coronavirus test kits to the United States by plane this week, a foreign ministry official said Monday, after their products won interim approval from the U.S. Food and Drug Administration.

The two firms and another company have signed contracts with the U.S. Federal Emergency Management Agency (FEMA) to export their test kits after they won pre-emergency use authorization from the FDA.

A Maryland-bound U.S. cargo flight will depart from Incheon International Airport, west of Seoul, on Tuesday, carrying the test kits supplied by the two companies, a senior foreign ministry official told reporters on condition of anonymity.

The third company was to supply the test kits via its own U.S.-based agency.

The exact quantities were not made public, as the companies and the U.S. government agreed not to disclose details.

More local test kit producers are expected to gain approval, given the high demand for the diagnostic devices amid the urgent situation in the U.S., now the country with the highest infection caseload of over 557,000. 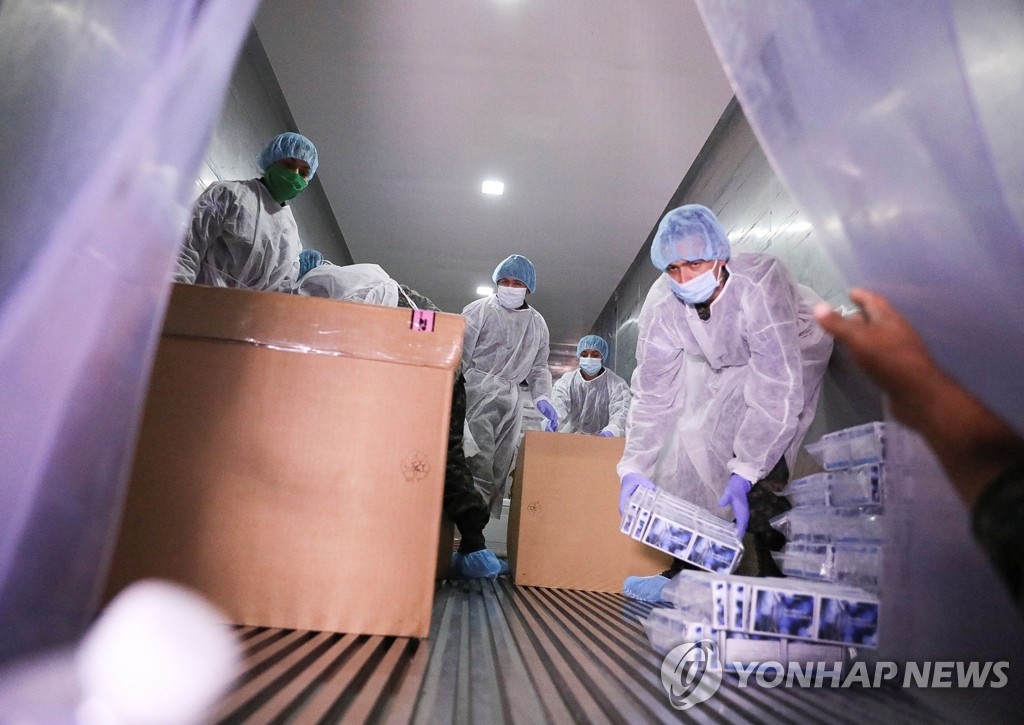