SEOUL, April 13 (Yonhap) -- North Korea's parliamentary session this week is believed to have centered on dealing with the coronavirus and rebuilding its economy crippling under global sanctions, the unification ministry said Monday.

The Supreme People's Assembly (SPA) meeting took place Sunday and dealt with budgetary and personnel issues, according to the Korean Central News Agency. The session had originally been scheduled for Friday, but no reason was given as to why it was delayed amid speculation it might have had something to do with the coronavirus.

"(North Korea's) revenue and expenditure, as well as its budget for economy, science and health, have increased compared to the previous year despite a decline in trade and production level amid the global spread of the coronavirus and sanctions against North Korea," the ministry said.

According to state media, the North has increased its spending on public health by 7.4 percent and has set aside 47.8 percent of the total budget for economic construction projects this year, an increase of 6.2 percentage points on-year.

The North also appears to have shifted the focus of its construction projects from developing tourist sites, such as the Wonsan-Kalma coastal tourist area and Samjiyon urban township, to building health and energy-related facilities, including the Pyongyang General Hospital, according to the state-run Institute for National Security Strategy (INSS).

Pyongyang has sought to develop the North's tourism in an effort to beef up an economy faltering under international sanctions.

But the COVID-19 virus has dealt a blow to North Korea's tourism, which depends on Chinese visitors, as Pyongyang has recently tightened its border with China to prevent the virus from spreading into the country.

North Korean leader Kim Jong-un did not attend this week's SPA session, though he presided over a political bureau meeting of the ruling Workers' Party on Saturday.

Kim has attended seven out of 12 SPA sessions held since he took office in late 2011.

This marks the second time Kim has not attended the SPA session after presiding over a politburo meeting, the last of which was in 2018, the ministry said. 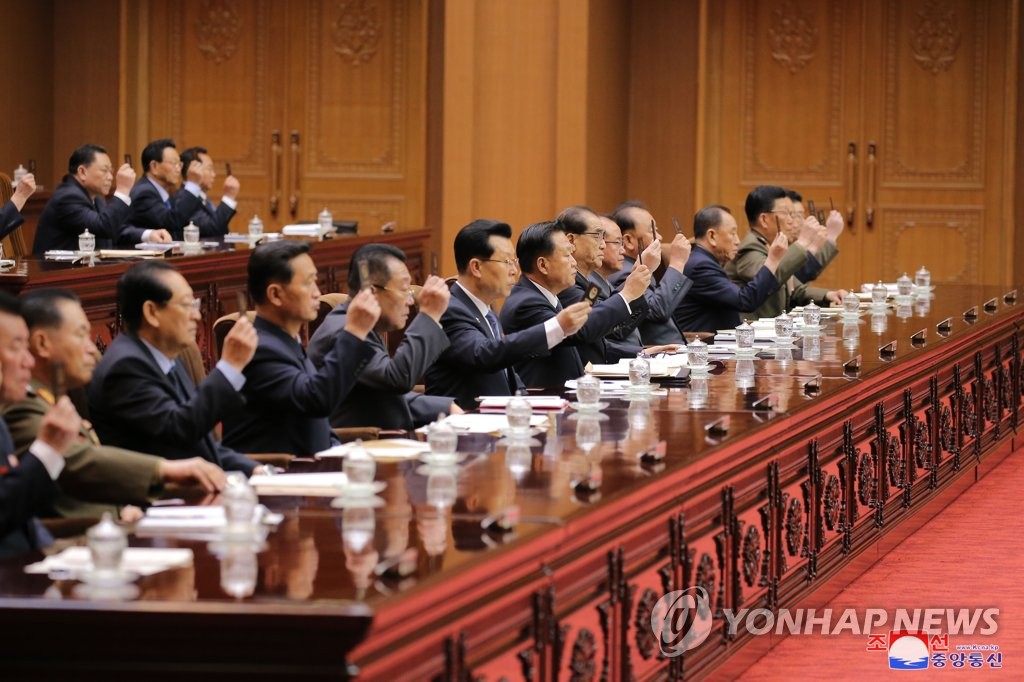