And he said Monday he does not regret that decision.

The 28-year-old arrived back on March 24. As per government mandate on all international arrivals, Choi went into two-week self-quarantine. Last Wednesday, he resumed preparing for the 2020 Major League Baseball (MLB) season -- not knowing exactly when or if the season will begin -- at a private baseball academy run by his ex-player brother in their hometown of Incheon, just west of Seoul. 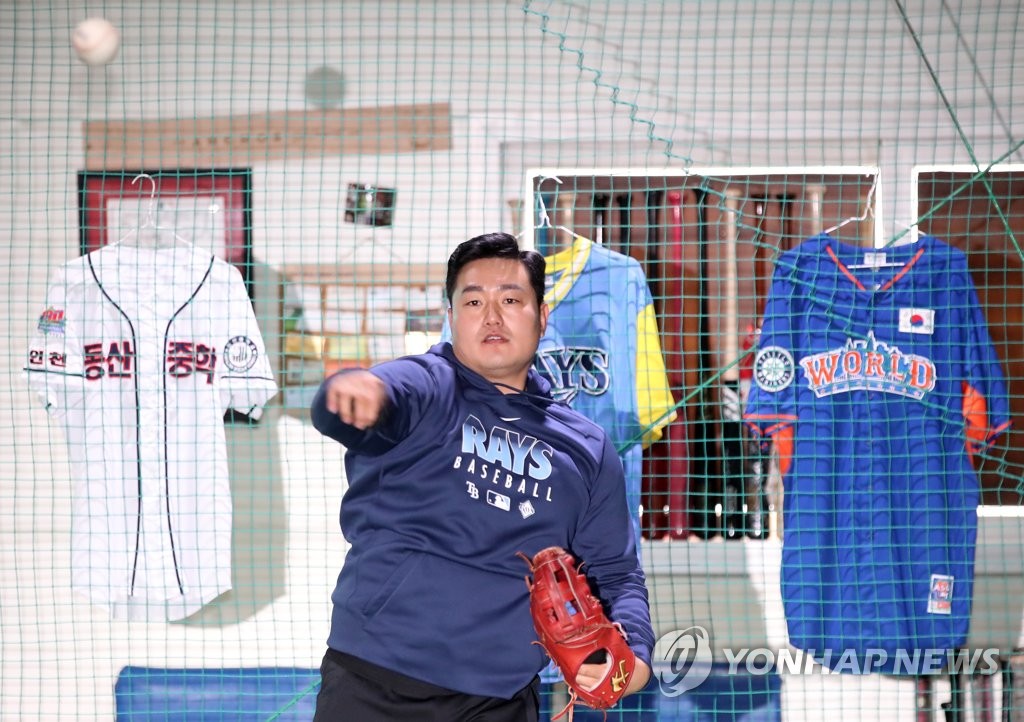 Choi invited the press to the training facility on Monday and discussed the thinking behind his decision to travel back to South Korea.

"When I was about to fly back, MLB shut down all training facilities in Florida, and I didn't really have anywhere to work out," said Choi, whose Rays' spring training home is in Port Charlotte, Florida. "I had trouble finding the plane ticket to Korea. But even if I had just moved to another city in the U.S., I still had to go into quarantine. I didn't think there was any difference between coming back to Korea or staying put."

Choi said that, if he decided to come home, he knew he would have to be quarantined for four weeks in total -- two in South Korea and two in the U.S. once he returns -- but he could live with that.

"I think I made the right call," he said. "In the U.S., I couldn't get out of my house. In Korea, I feel comfortable just being at home."

Choi said he spent his quarantine relaxing at home, enjoying his mom's homecooking and spending some time with his pet dog. He's been slowly ramping back up by playing catch and hitting off the tee.

"At midnight in Korean time, I get on a video call with my team trainer, and I've talked to some guys that I am close with on the phone or through social media," he said. "My agent is handling other businesses with the front office. We haven't really discussed anything related to the coronavirus." 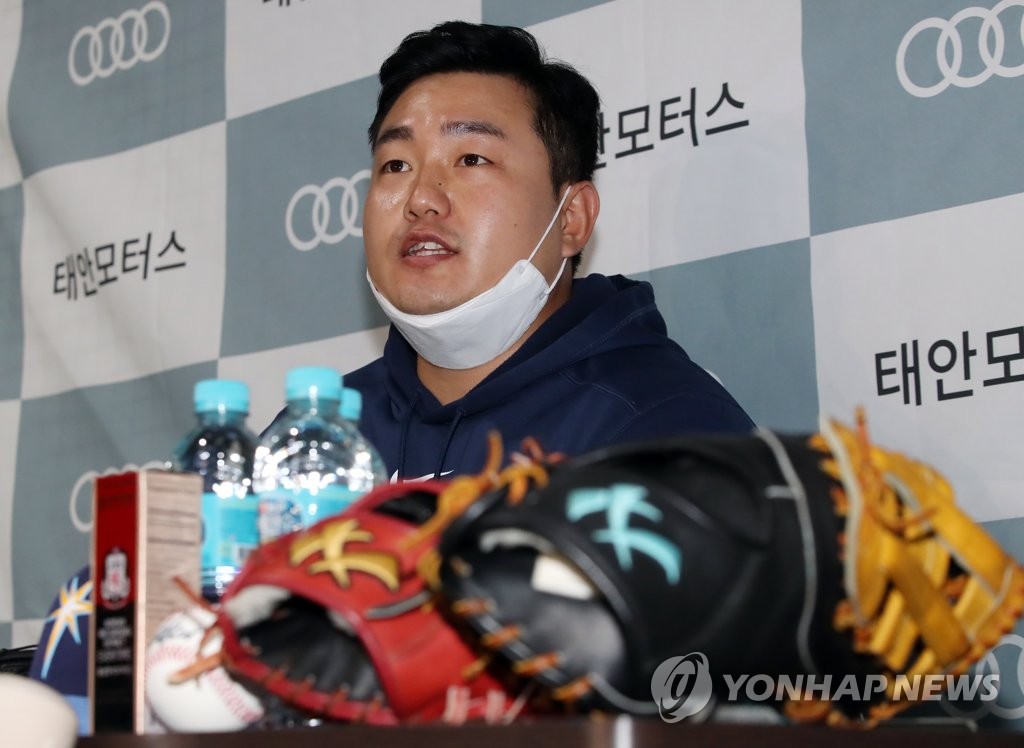 With the number of new cases gradually dropping in South Korea, the country's top baseball league, the Korea Baseball Organization (KBO), may be seeing a light at the end of the tunnel. Its regular season was postponed from the original March 28 start, and it could now begin sometime in early May, well before MLB.

"Once the KBO season starts, then I'm probably going to start wanting to play that much more," Choi said. "Right now, I am wondering if this is what it must feel like in retirement. If this (suspension of play) goes on longer, then players will be forgotten. I just want to play baseball as soon as possible."

Choi said the delayed start of the season particularly gnaws at him because he was feeling great in spring training. In 2019, his first full season with the Rays, Choi batted .261/.363/.459 with 19 home runs, 63 RBIs and 20 doubles in 127 games, the last four numbers being all new career highs.

"I can't wait for the season to start," Choi said. "But of course, I hope the coronavirus will be gone before that."

Choi said while players will feel "deflated" to compete without fans in the stands, he is all for any measures that ensure the safety of fans and players alike.

In an ideal sporting world this year, Choi wouldn't just be playing for the Rays by now. He'd also be gearing up for the Tokyo Summer Olympics, which have been postponed from July this year to July next year due to the COVID-19 pandemic. 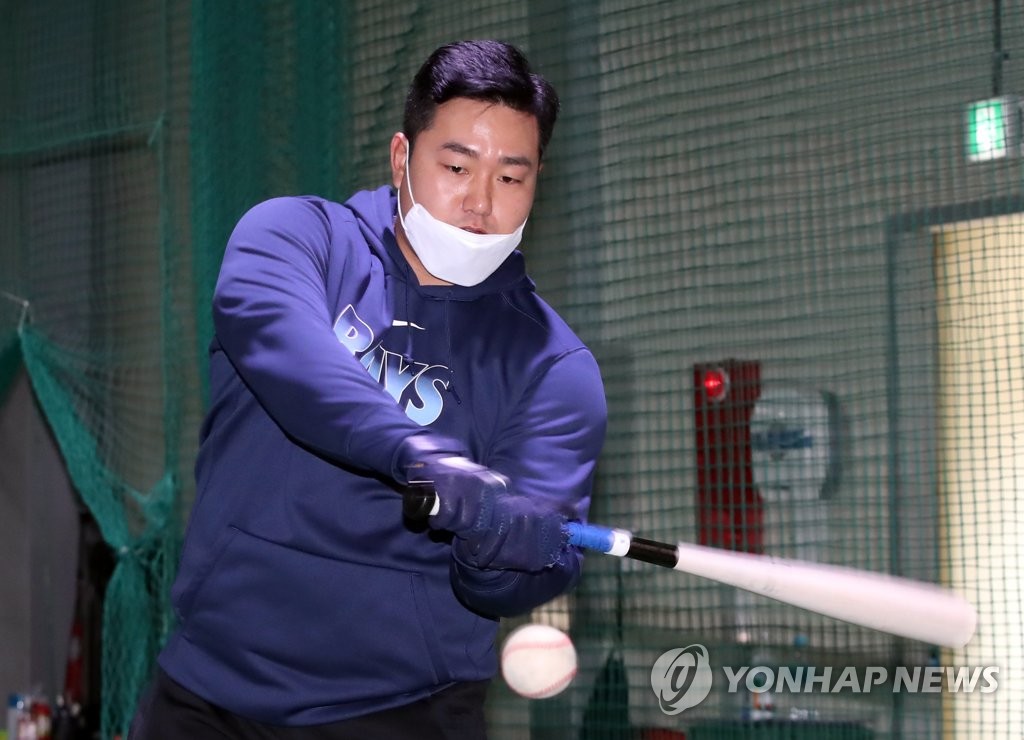 Though only minor league players will be allowed to play in the Olympics, which will fall in the middle of the MLB season, Choi said he has the permission from the Rays to represent South Korea in Tokyo. Choi acknowledged his Olympic status will ultimately be up to MLB Commissioner's Office, and said he wants to play for the country at other international events, too.

"I think it's the ultimate goal for all athletes to represent their country," Choi said. "I didn't just tell the Rays about the Olympics. I also want to play in the World Baseball Classic (which is run by MLB) and the Premier12 (by the World Baseball Softball Confederation). Before signing any deal, I always ask teams to allow me to play for my country."

Of three other South Koreans in the majors, Choo Shin-soo of the Texas Rangers, a 16-year vet, is staying in his home in Texas. St. Louis Cardinals' rookie Kim Kwang-hyun recently left the team's spring training site in Jupiter, Florida, for St. Louis. The team has said it has spoken with Kim about a return to South Korea, where he could be reunited with family.

Ryu Hyun-jin of the Toronto Blue Jays is still in the team's spring training home in Florida and is unable to fly north to Toronto, with Canada having closed its borders to foreigners. 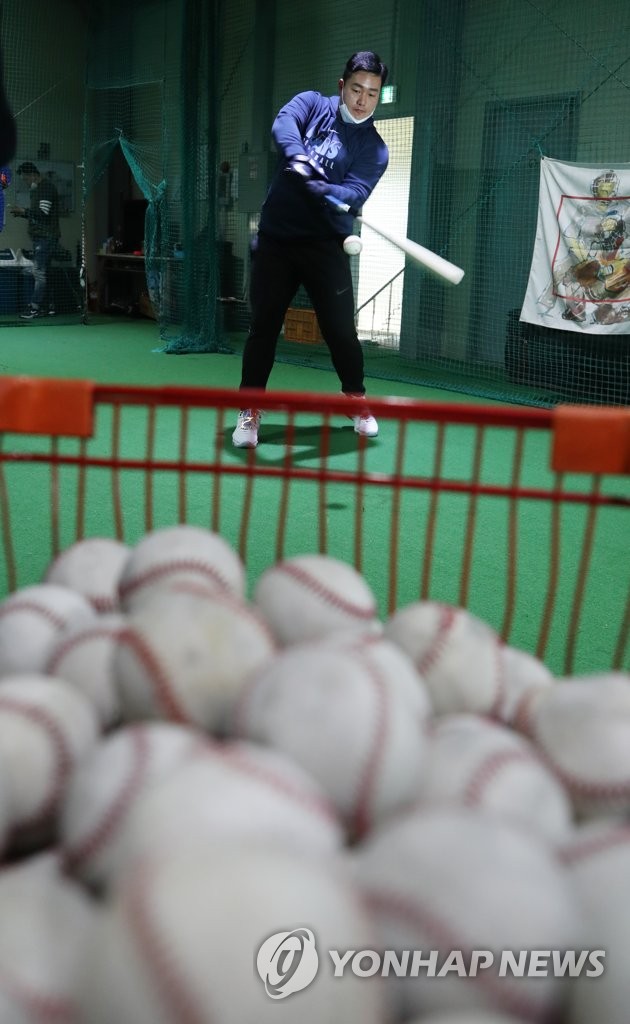