SEOUL, April 13 (Yonhap) -- The cash-strapped South Korean conglomerate Doosan Group announced Monday it has submitted a self-rescue plan to its creditors, apparently including selling of an affiliate and pay cuts for executives.

In a press release on Monday, Doosan Group said it was exploring opportunities to sell off assets "in order to ensure normalization of Doosan Heavy and swift improvement of our financial structure."

Doosan Group had been negotiating with private equity fund SkyLake Investment to sell the company. A financial industry source said Monday that their talks have since fallen through and Doosan will seek a new partner for the planned sale.

The group is said to be demanding at least 800 billion won for the affiliate, which had a market cap of 862.6 billion won as of Monday.

Proceeds from the sale could be used to support Doosan Heavy, whose own affiliates, such as Neo Trans and Doosan Mecatec, may be put up for sale as well.

Doosan Engineering & Construction, another Doosan Heavy affiliate, is unlikely to draw much interest on the open market because of its extended run of red figures.

Earlier this month, Doosan Group Chairman Park Jeong-won and other executives offered to take salary reductions of up to 50 percent, and these pay cuts were likely included in the self-rescue plan.

Doosan Heavy's net losses deepened in recent years as South Korea has sought to boost the supply of power from clean and renewable energy sources while weaning the country off nuclear and coal-fired plants.

Doosan Heavy suffered accumulated net losses of 2.68 trillion won from 2014 through 2019. Doosan Heavy said orders worth about 10 trillion won have dried up due to the cancellation of nuclear and coal-fired plant projects in South Korea. 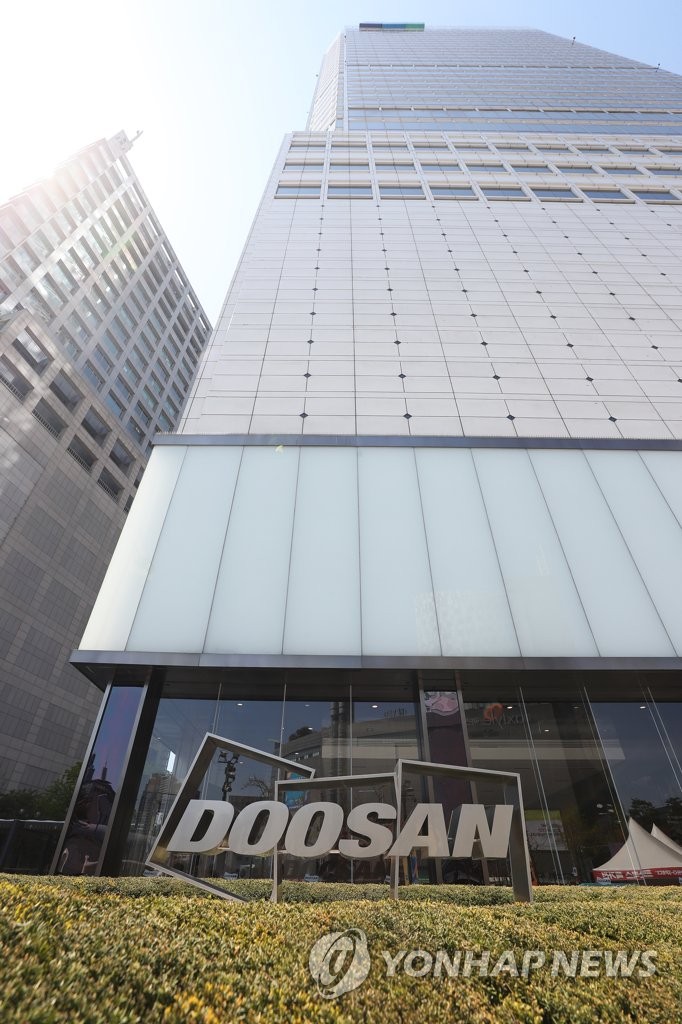