MOSCOW, April 14 (Yonhap) -- Hyundai Motor Co., South Korea's biggest carmaker by sales, said Tuesday it has restarted vehicle production at its plant in Russia that was temporarily shut down due to the new coronavirus outbreak.

The resumption of the plant in St. Petersburg, which began Monday, is set to last through Friday with only an essential workforce. 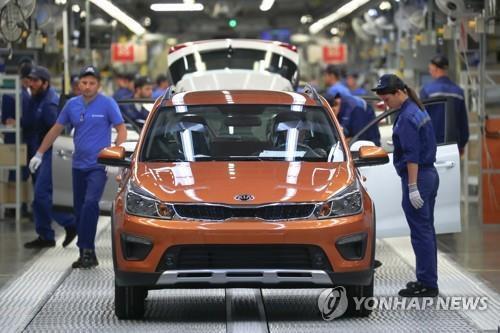 Last month, Russian President Vladimir Putin declared a nationwide paid holiday from March 30 through April 3 in a move to stem the spread of COVID-19.

The virus has infected more than 18,000 people and killed 148 others in Russia, according to Worldometer, a website that provides real-time statistics for the coronavirus pandemic.