SEOUL, April 15 (Yonhap) -- South Korean voters cast ballots on Wednesday in parliamentary elections that are seen as a referendum on President Moon Jae-in amid the country's fight against the new coronavirus.

Voting kicked off at 6 a.m. and was to run until 6 p.m. at 14,330 polling stations across the nation, according to the National Election Commission (NEC). The number of eligible voters is 44 million. 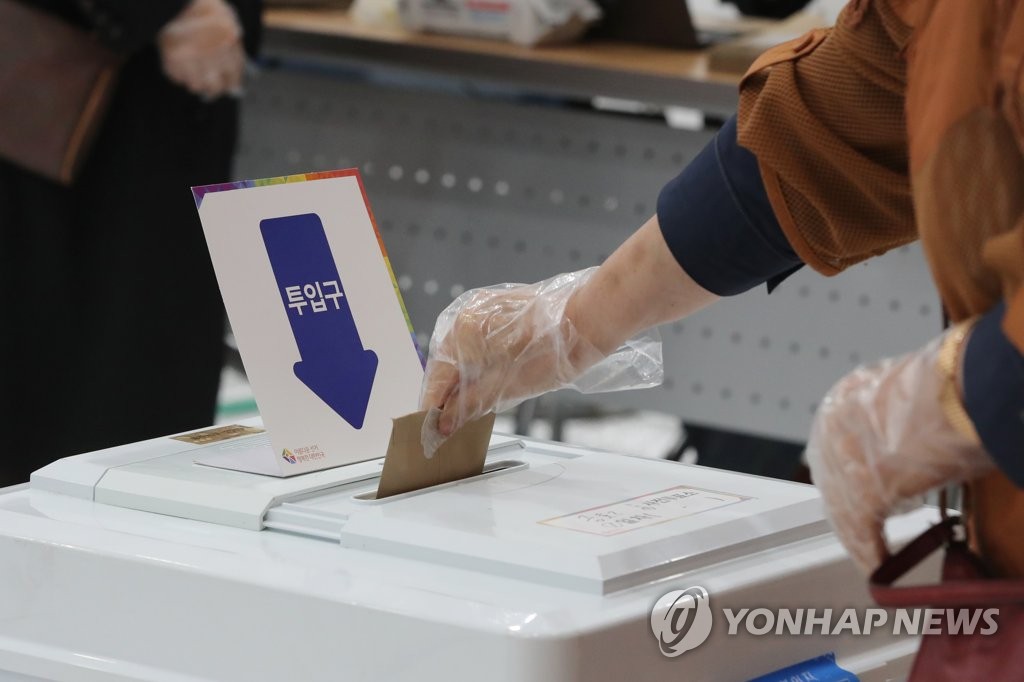 South Korea saw new daily cases of the virus dip to around 30 recently, bringing the nations' total to 10,564.

As of 9 a.m., some 3.54 million people, or 8 percent of the total voters, completed casting ballots, about 0.9 percentage point higher than the corresponding figure in the previous general elections four years ago.

The turnout tally does not include people who participated in last week's two-day early voting, as well as votes by overseas South Korean nationals and those aboard ships, the NEC said. Those numbers will be included in the turnout starting at 1 p.m.

After casting his ballot, former Prime Minister Lee Nak-yon of the ruling party, who is running in the Jongno district in central Seoul, said there is room for improvement in the country's election culture.

"Though I have been subject to negative campaigning, I find it relieving that I myself did not do it," he told reporters. "That is because I believed in voters' judgment."

"I believe people will give us the seats necessary to keep this government in check," UFP Chairman Hwang Kyo-ahn said after casting his vote. He also is competing in Jongno.

Only people in self-isolation who have no symptoms and expressed a willingness to vote will be allowed to cast ballots after the regular voting ends at 6 p.m. The number of self-isolators is some 50,000. 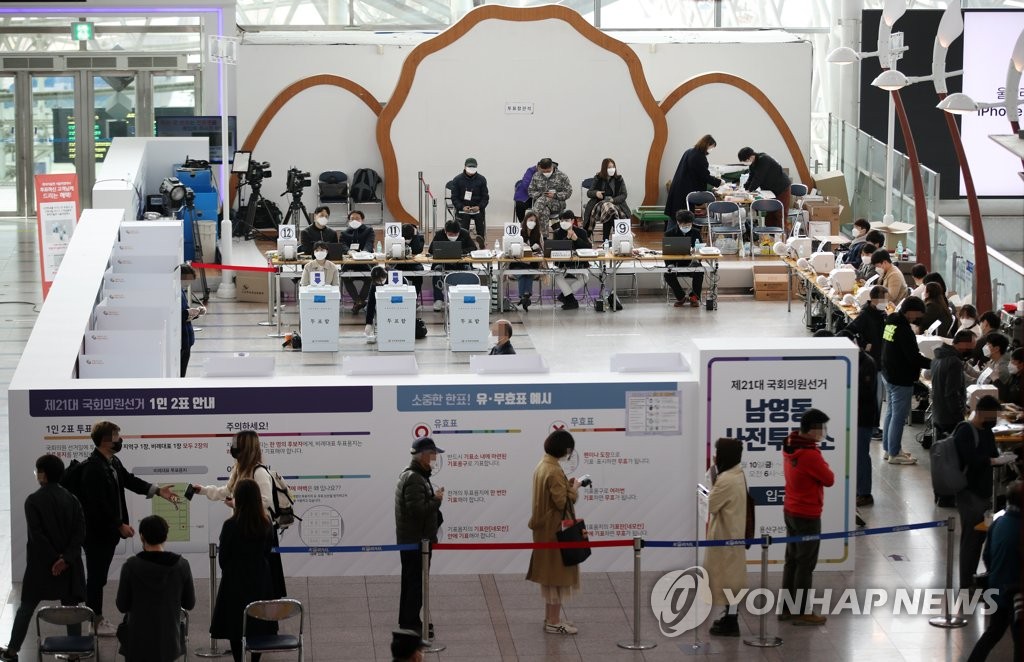