SEOUL, April 15 (Yonhap) -- South Koreans voted in parliamentary elections amid the coronavirus pandemic Wednesday, with turnout at nearly 60 percent just hours before the voting was to end in a sign of intense public interest in what is seen as a referendum on President Moon Jae-in.

As of 4 p.m., 26.3 million people, or 59.7 percent of the total 44 million eligible voters, had completed casting their ballots, with two hours left until voting ends at 14,330 polling stations across the nation, according to the National Election Commission (NEC). The polls opened at 6 a.m.

The turnout, which included part of a record high turnout of 26.69 percent in last week's two-day early voting, is 9.5 percentage points higher than at the same time in the previous elections four years ago. 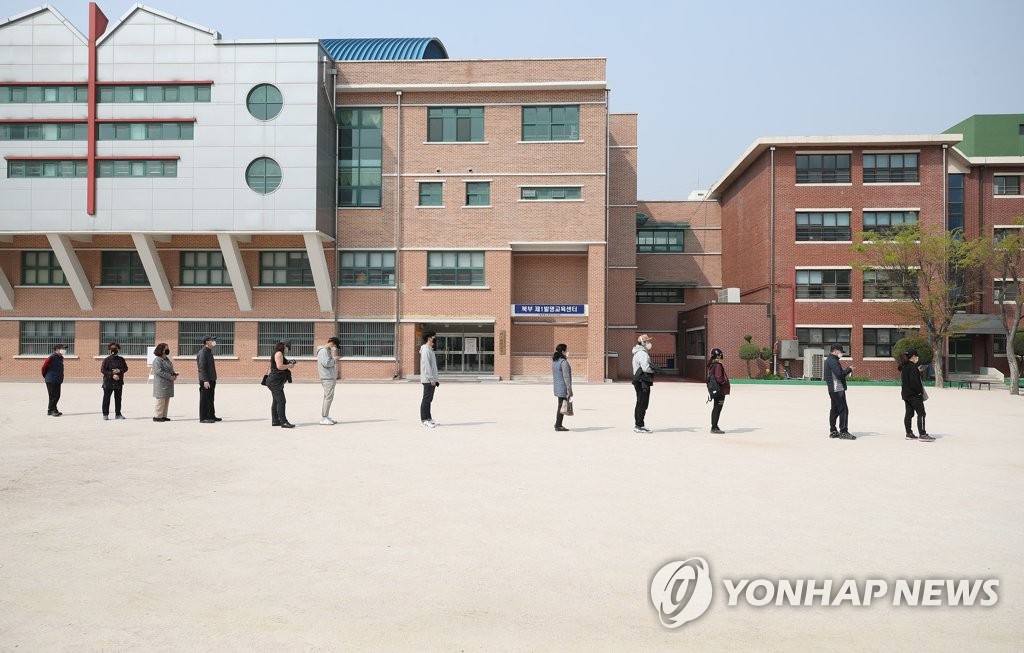 This year's turnout already topped the 2016 elections' 58 percent and is forecast to surpass 60 percent for the first time in 16 years since the turnout reached 60.6 percent in the 2004 parliamentary elections.

Experts said the advanced voting and a sense of crisis in the wake of the coronavirus pandemic appear to have pushed citizens to cast their ballots.

"As the country is going through difficulties due to COVID-19, I felt this sense of duty to cast my vote," a 49-year-old surnamed Lee said at a polling station in Seoul.

Lee Sung-wook, another voter in the southeastern city of Busan, said he was surprised to see a 100-meter queue when he arrived at his polling station just minutes after the voting began.

"I thought I would be the first one to have arrived, but I couldn't even see the beginning of the line," the 38-year-old said. "I could feel the heat over the elections."

"It is a point of great pride for us to hold the elections as planned despite COVID-19, and even to guarantee the right to vote of the confirmed patients or those under self-quarantine," Prime Minister Chung Sye-kyun said, calling for efforts to carry out the elections in a fair and safe manner. 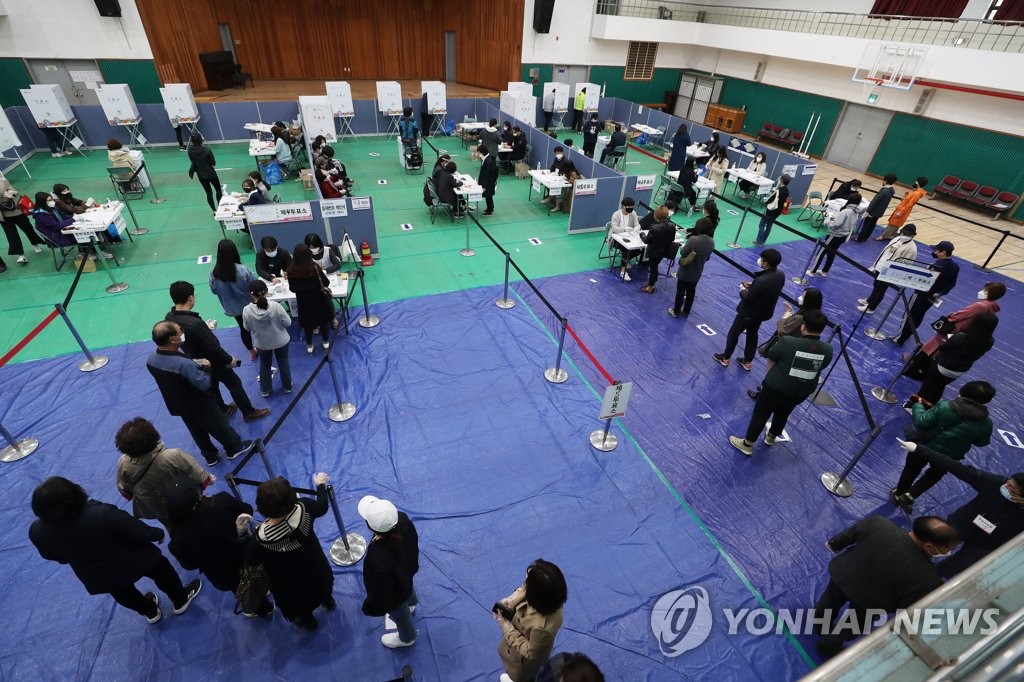 (4th LD) S. Koreans vote amid coronavirus outbreak with higher turnout than before

(4th LD) S. Koreans vote amid coronavirus outbreak with higher turnout than before