SEOUL, April 14 (Yonhap) -- Corporate bond issuance tumbled in the first quarter of the year as demand for risky assets waned amid the economic fallout from the new coronavirus, data showed Tuesday.

In the January-March period, South Korean companies floated bonds worth 15.9 trillion won (US$13.1 billion), down 11.7 percent from a year ago, according to the data from the Korea Securities Depository (KSD).

In stark contrast, the combined issuance of overall bonds and certificates of deposit (CDs) shot up 15.9 percent to 101.3 trillion won over the same period. 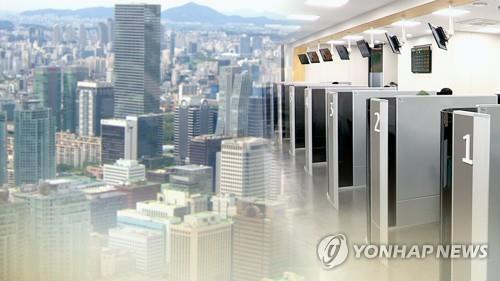 Of the issued corporate debts, the three-year bonds took up 56.2 percent, while those due between one and three years made up 41.1 percent. Bonds that are due sooner than 12 months took up only 2.7 percent of the tally.

Asia's fourth-largest economy has been hit hard by the novel coronavirus since its first virus case on Jan. 20, sparking a string of projections of negative growth for this year.

Bank of Korea Gov. Lee Ju-yeol said earlier that the country's economic growth will likely fall short of the previous 2.1 percent estimate. The BOK governor strongly hinted at negative growth at least in the first quarter.