SEOUL, April 15 (Yonhap) -- A majority of South Korean manufacturing companies expect their business conditions to stay in negative terrain in the second quarter amid the virus pandemic, a poll showed Wednesday.

According to the survey of 1,030 manufacturers conducted by the Korea Institute for Industrial Economics and Trade (KIET), the manufacturing sector's business survey index (BSI) stood at 84 for the April-June period, down two points from the previous quarter.

The BSI outlook for sales and exports in the April-June period also hovered below the 100 threshold at 88 and 87, respectively, the data showed.

While the sentiment for sales represented a two-point increase from a quarter earlier, that of outbound shipments tumbled a whopping seven points, the report showed.

South Korea's exports fell 18.6 percent on-year to US$12.2 billion in the April 1-10 period amid the economic fallout from the new coronavirus, customs data showed earlier this week.

The BSI outlook for the semiconductors, home appliances and chemical industries improved in the second quarter from the three-month period earlier.

The sentiment for the automobile, shipbuilding and machinery industries, on the other hand, decreased further on-quarter in the April-June period. 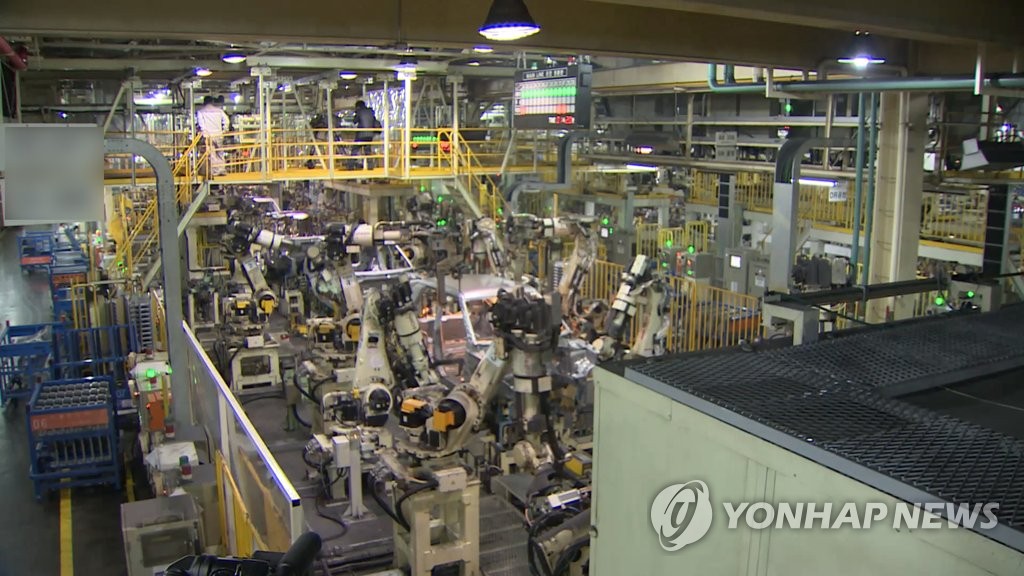