SEOUL, April 14 (Yonhap) -- North Korea has the deadline coming up this week for a project to develop the Wonsan-Kalma region on the east coast into a new tourist zone, but it is unclear how much the project has progressed, a unification ministry official said Tuesday.

In April last year, North Korean leader Kim Jong-un extended the construction deadline of the Wonsan-Kalma tourist zone and ordered officials to complete it by April 15, 2020, the birthday of late state founder and his grandfather Kim Il-sung.

"North Korea put forward the deadline, and since there have been no additional announcements or any change in the deadline, it is too early to determine (whether or not it will be completed). We will have to wait and see," the ministry official said.

The Wonsan-Kalma tourist zone is one of Kim's key pet construction projects. Kim has sought to develop the North's tourism in an effort to beef up an economy faltering under international sanctions.

But the new virus appears to have dealt a blow to North Korea's tourism, which depends on Chinese tourists, as Pyongyang has recently tightened its border with China to prevent the virus from spreading into the country.

North Korea has not reported any cases of COVID-19 virus infection, but it has called for nationwide efforts to prevent the virus from breaking out on its soil through intensified border controls and a tightened quarantine process.

Concerns are lingering that North Korea could be more vulnerable as it shares a long and porous border with China, and lacks key medical supplies and the infrastructure to test and treat infected people. 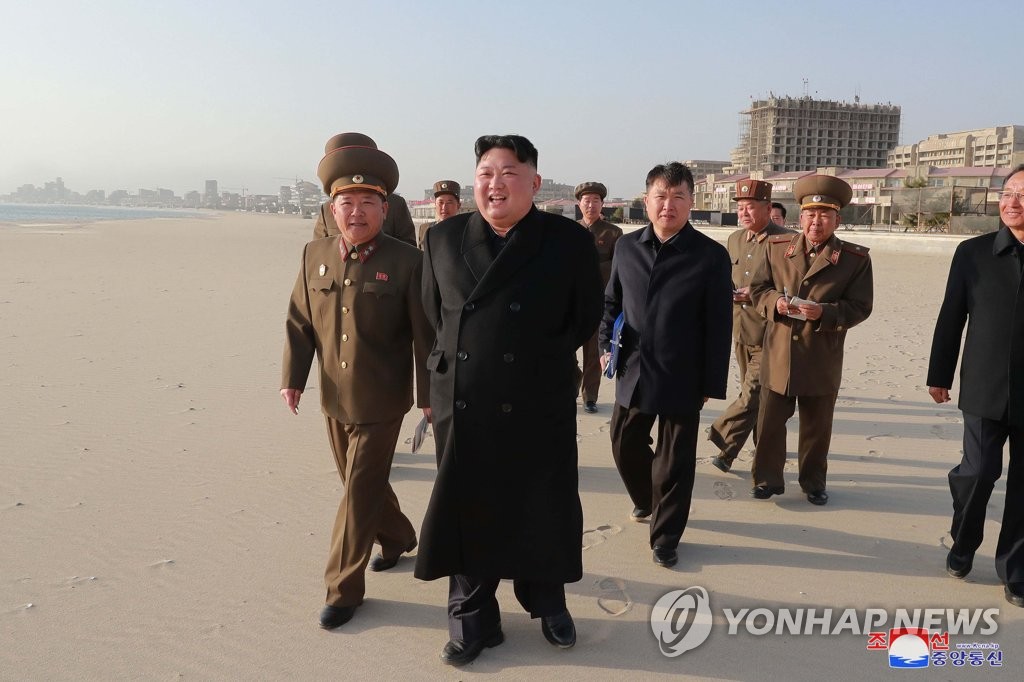