SEOUL, April 15 (Yonhap) -- The coronavirus outbreak has turned the sporting world upside down this spring, leaving athletes everywhere in limbo and under a cloud of uncertainty.

Challenges can be particularly magnified in times like these for those who have taken their careers overseas. Take Drew Gagnon, a new right-hander for the Kia Tigers in the Korea Baseball Organization (KBO). After nine years of pitching in his native United States, with a brief stint in the Venezuelan winter league thrown in, Gagnon is preparing for a new season in a new league and a new country, not to mention a life in a new culture. 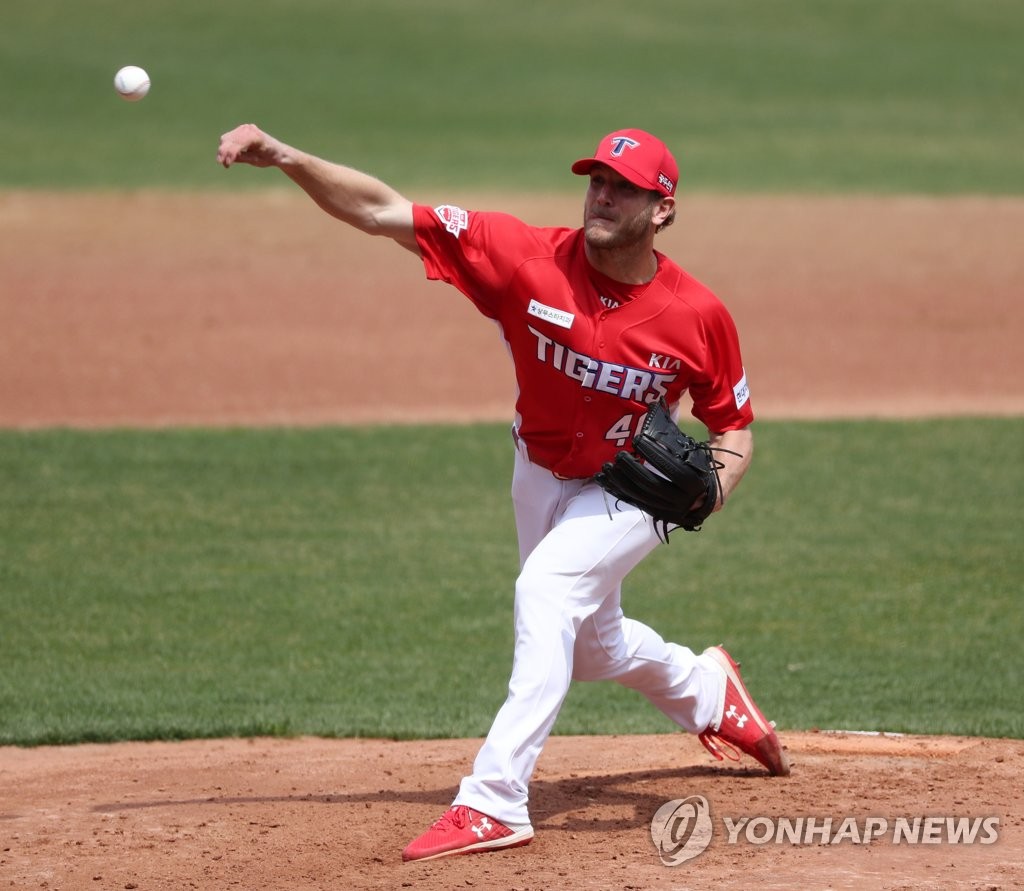 And Gagnon still hasn't thrown a pitch in a real KBO game yet. The preseason, set for March 14-24, was wiped out, and the regular season, slated to start on March 28, may not begin until May. For now, teams are only permitted to play intrasquad games at their home parks.

Through it all, the key for Gagnon has been to try to keep it simple.

"(I've been) trying not to think about the situation at hand and just going out every day trying to get better," Gagnon told Yonhap News Agency in a recent email interview. "I'm sure most, if not all, of us in this team have their routines down and it's like we are in season right now."

Gagnon acknowledged that, as important as it was to be in good physical form, staying mentally sharp despite so many question marks has been crucial.

"I'd say the biggest part was trying not to lose focus," he said. "Just taking the game day to day is all we had to do." 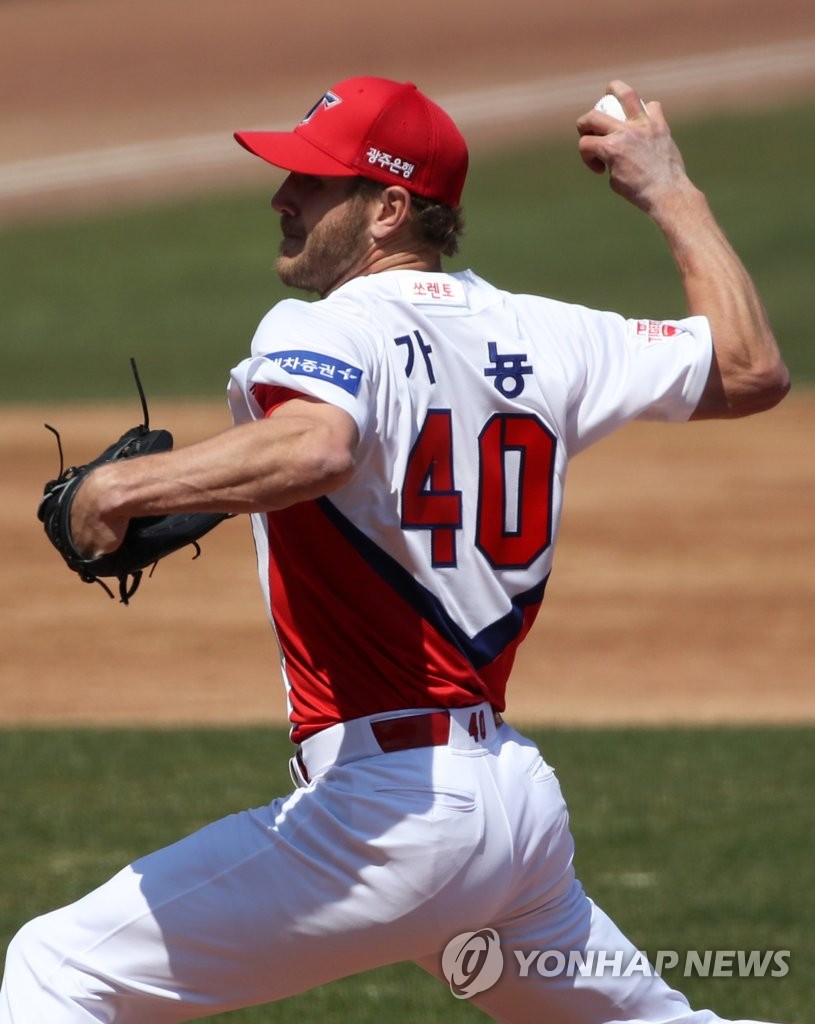 Since he has yet to face KBO hitters other than his Tigers teammates, Gagnon has had to rely on video to study the ones he'll be taking on once the season begins. And even here, Gagnon applies a similar, "simple-is-best" mantra.

"I have watched some video of guys, but at the same time, I try not to overthink when I get into competition," he said.

The 29-year-old signed with the Tigers in December, after appearing in 23 games for the New York Mets over the past two seasons. He spent the bulk of those years in Triple-A, where he posted far better numbers than in the majors.

Asked what he feels he brings to the table for his new KBO team, Gagnon said succinctly, "My biggest strength would have to be throwing strikes." 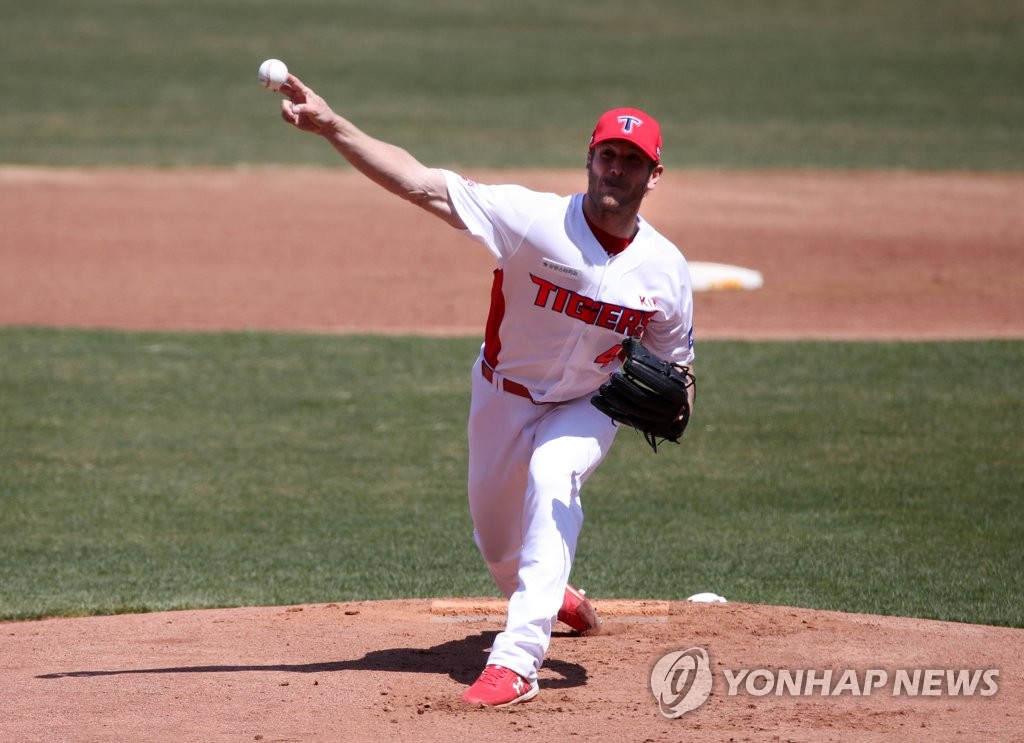 KBO clubs can sign up to two foreign pitchers. The Tigers have replaced both of their import starters from a season ago, with Gagnon and another ex-major leaguer, Aaron Brooks, taking over from Joe Wieland and Jacob Turner.

And anyway, Gagnon seems less concerned about individual numbers and more about winning as a team.

Asked what was the biggest factor behind his decision to come to the KBO, Gagnon said, "Competitiveness and how the game is played with such passion."

"I also heard there are no dull moments and the fans are in the game for all nine innings, win or lose," he said. "I'm just looking forward to competing with a great group of men and going out to win a championship!" 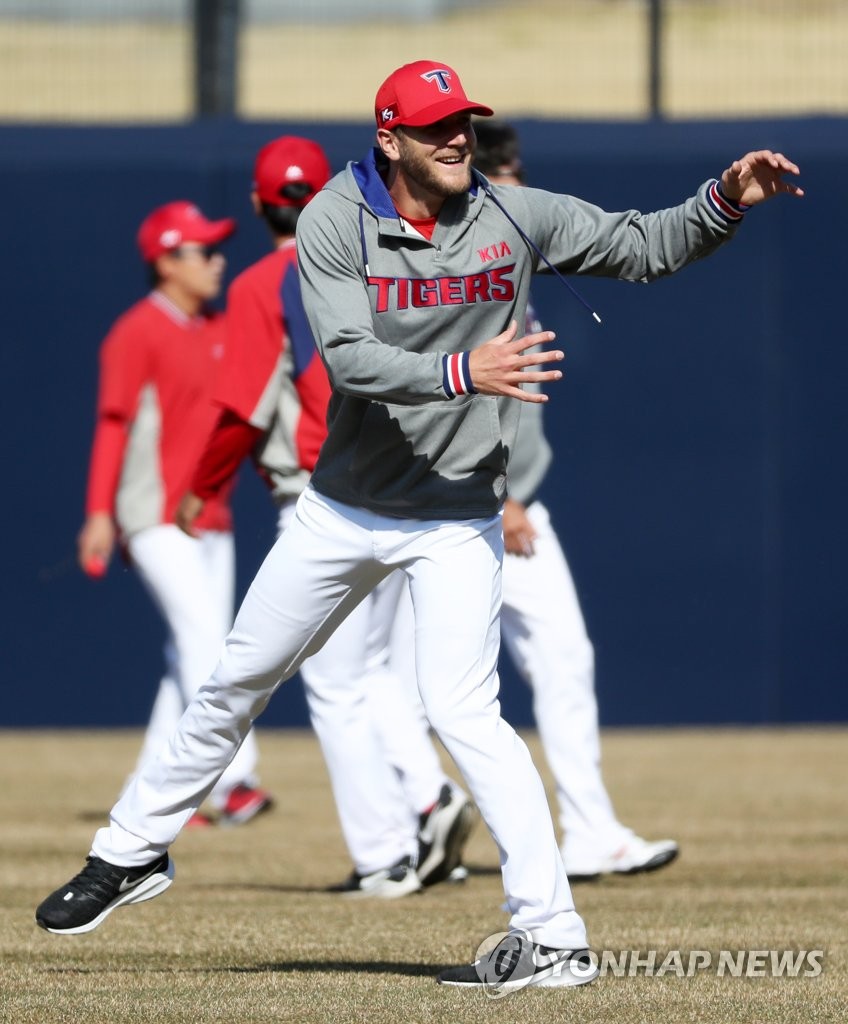