SEOUL, April 14 (Yonhap) -- This year's Seoul Jazz Festival, a landmark annual outdoor jazz fest, has been postponed to become the latest springtime music festival to be derailed by the continuing COVID-19 pandemic.

The festival's organizer, Private Curve, said Monday that the Seoul Jazz Festival 2020, originally slated for May 23-24 at Olympic Park in eastern Seoul, has been put off till autumn due to the novel coronavirus.

"Currently we are in discussion over rescheduling with the local and foreign artists in the original lineup," Private Curve said.

The organizer said it will announce the rescheduled date of the festival within a month before unveiling the final lineup of participating artists by the end of May. 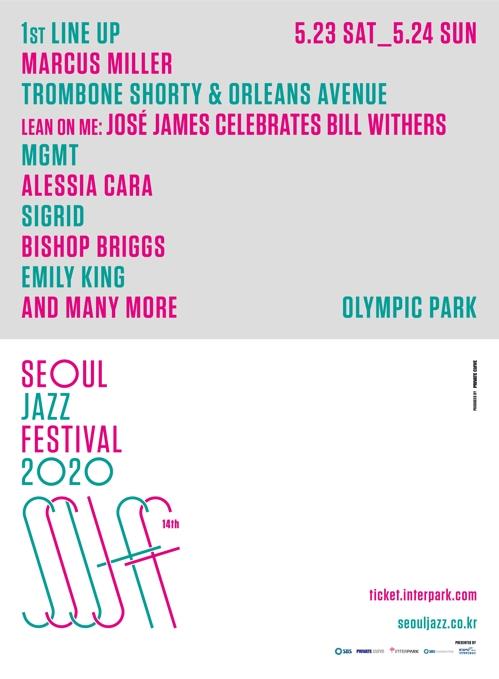 Seoul Jazz Festival is only the latest in a series of spring music festivals that have been canceled or delayed due to COVID-19.

Lovesome Festival 2020, originally set for April 4 in Seoul, was called off, while two other shows scheduled for late April, Have A Nice Day. #8 and Hiphopplaya Festival 2020, have been postponed.

A series of other music festivals are currently scheduled to take place in May, the peak season for spring outdoor music events in South Korea, but they are also likely to be subject to rescheduling as the country continues with the social distancing drive to ride out the pandemic.

The festivals slated for May include Seoul World DJ Festival, Greenplugged-Seoul and Beautiful Mint Life 2020.

The organizer of Beautiful Mint Life 2020, an event featuring only Korean artists, is currently set to host the show as scheduled for May 16-17 at Olympic Park.

But others may find it difficult to host foreign artists amid the country's strict quarantine rules being imposed on travelers coming from outside of Korea.

"Foreign musicians, upon arrival in South Korea, are subject to two-week self-quarantine, and it's difficult for them to perform here at the cost of that," an official in the concert industry said.

"It will be also better for concert organizers to postpone schedules rather than taking the cost," according to the official. 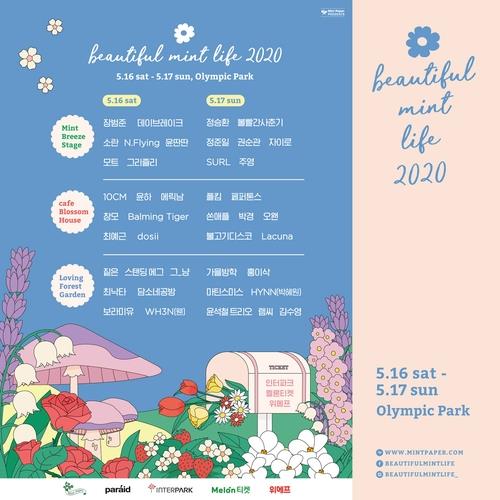