SEOUL, April 14 (Yonhap) -- The government decided Tuesday to begin the process immediately of handing out "emergency disaster relief payments" to a majority of households in South Korea suffering from the impact of the coronavirus, instead of waiting for the passage of a related extra budget bill.

The payment plan, announced late last month, was approved formally in a Cabinet meeting chaired by President Moon Jae-in on the day, according to Cheong Wa Dae spokesman Kang Min-seok.

All families here except the top 30 percent by income would be eligible for up to 1 million won (US$822) of direct financial support.

The Moon administration said it would push for a 7.1 trillion-won supplementary budget to fund the program.

It plans to submit the bill to the National Assembly shortly after Wednesday's parliamentary elections.

Speaking at the Cabinet session, Moon emphasized the importance of early preparations for payments, saying the government has no reason to wait until lawmakers' approval for the bill, Kang said.

"There's a need to receive applications fast from those eligible for the support even before the National Assembly's review" of the bill, he was quoted as saying.

Moon hopes that the authorities will start paying the money right after the bill is endorsed. 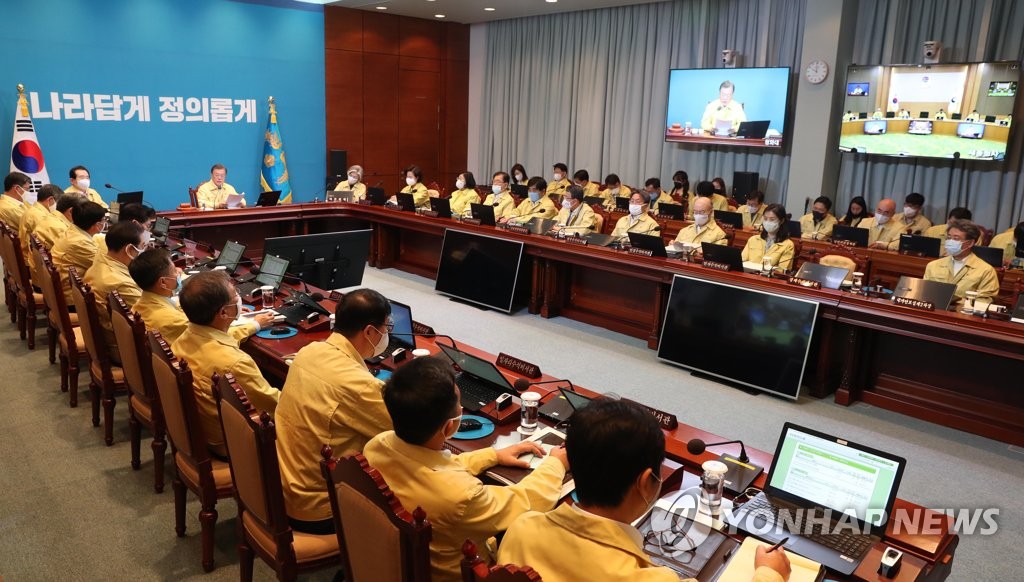