SEOUL, April 16 (Yonhap) -- An additional 3.12 million elementary and secondary students began the spring semester Thursday by participating in online classes amid the nationwide battle against the coronavirus, but the unprecedented tele-education was marred by network access problems at many places.

Under the government's three-step plan, first and second graders at middle schools and high schools, as well as fourth to sixth graders at elementary schools, began the new semester through remote learning.

The government had earlier postponed the new school year, which usually starts in early March, by five weeks to April 6. The plan was once again changed as cluster infections broke out in various parts of the country. 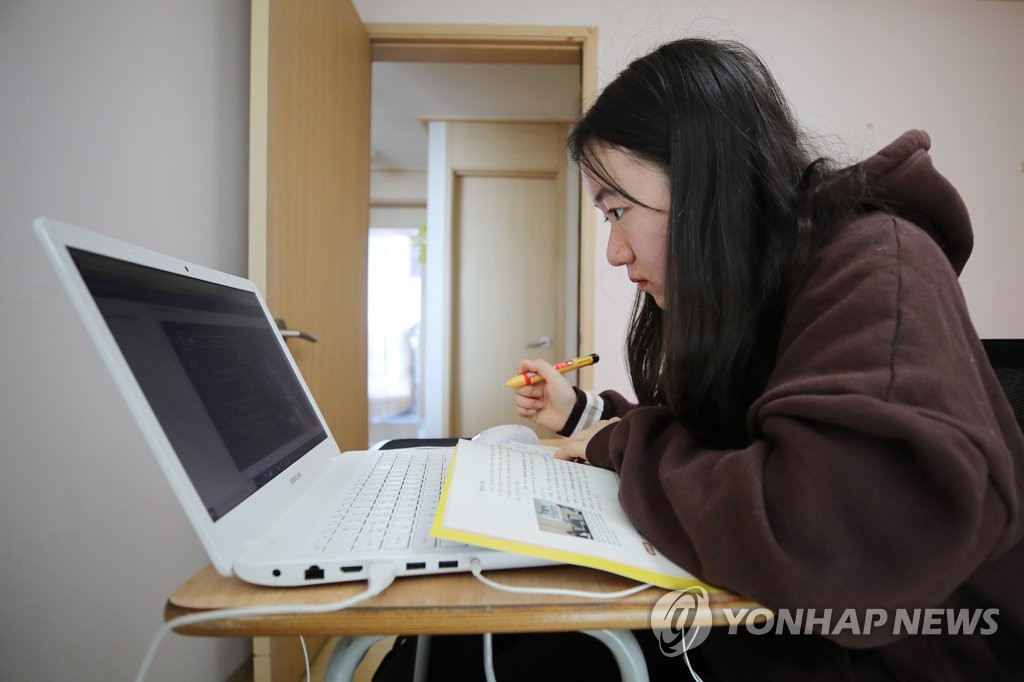 In a bid to strike a balance between providing classes and containing the new coronavirus, the government decided to resume classes online, marking the first time all schools across the country are taking part in remote learning.

The government broke down students into three groups depending on their grades for this unprecedented scheme.

Seniors at middle and high schools first returned to school through online classes last week. The final group -- grades one to three at elementary schools -- are set to begin online classes Monday. Kindergartens and child care centers have shut down indefinitely.

Approximately 4 million students, excluding the younger half of elementary pupils, attended online classes Thursday, but remote learning platforms provided by the education authorities and broadcaster EBS remained unstable, and access was delayed at many places.

Due to the network glitches, online classes did not proceed as planned, forcing many teachers to ask their students to study on their own until the networks are repaired.
Some teachers even said they failed to take students' attendance due to unstable network connections.

On the EBS Online Class site, some lecture videos were neither properly replayed nor accessible, according to students and parents, who blamed the lack of preparations by the authorities. Those networks had already experienced access problems during online classes attended by middle and high school third graders over the past week, they said.

At households where network access was normal, parents, particularly those of elementary pupils, complained that they had to be with their children to extend assistance throughout the online classes.

Some students appeared not to focus well during the online classes, as they were caught speaking on mobile phones or to others. 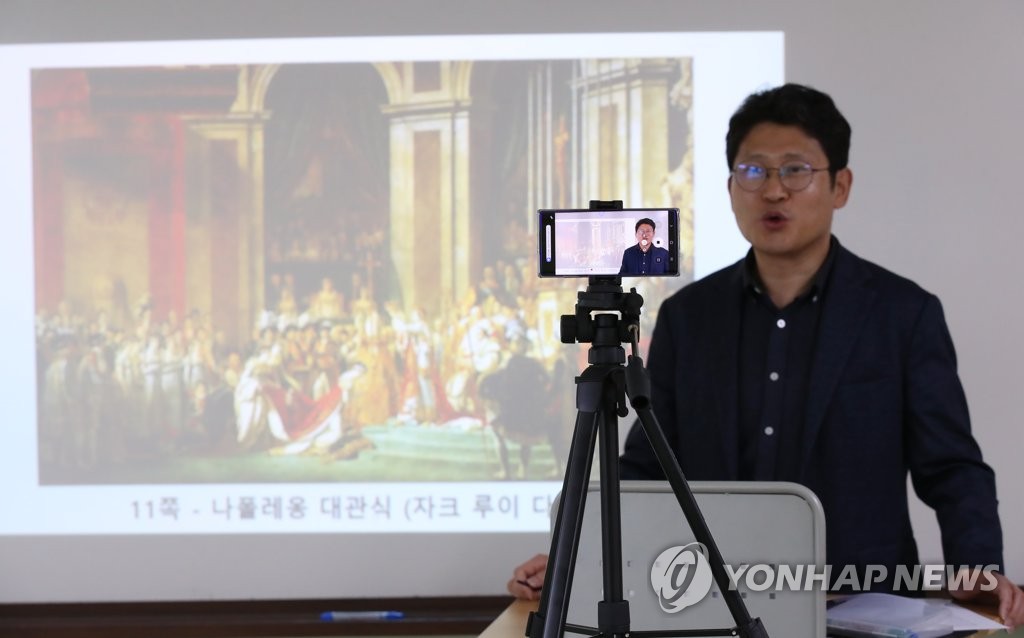 More recently, there have been views that students may return to their classrooms sooner than expected, as the daily number of COVID-19 infections has dropped below 50.
South Korea reported 22 new cases Thursday, bringing the country's total infections to 10,613.

This marks a sharp drop from the Feb. 29 peak of 909 new cases and the fourth straight day that new cases have stayed below 30.
Health authorities, however, have voiced caution over opening schools for the time being.

"They say the road ahead is more difficult and dangerous," Kwon Joon-wook, deputy director at the Korea Centers for Disease Control and Prevention, told a press briefing Saturday.

"Singapore had resumed school but soon shifted to home-based learning," the official said. "We have to keep an eye on how patients are increasing in some Asian countries that were seen to have successfully contained (the virus)."