SEOUL, April 14 (Yonhap) -- The leaders of South Korea, China, Japan and ASEAN member states reaffirmed their commitment to concerted efforts to overcome the coronavirus crisis during their special video summit on Tuesday.

"I find it very meaningful that we have once again reaffirmed our strong solidarity for collective response," President Moon Jae-in of South Korea said, wrapping up the ASEAN Plus Three (APT) Special Summit on COVID-19 Response that lasted more than two hours.

They discussed "plenty of useful ideas," such as the "establishment of an 'ASEAN+3 Reserve of Essential Medical Supplies' and the 'COVID-19 ASEAN Response Fund,'" according to the president. He said the proposals are included in the joint statement. Vietnam, which chaired the session, has not made the document public yet.

"I hope that these cooperative initiatives will lead to tangible outcomes," Moon said, adding it's important to discuss follow-up measures via ministerial or working-level discussions. 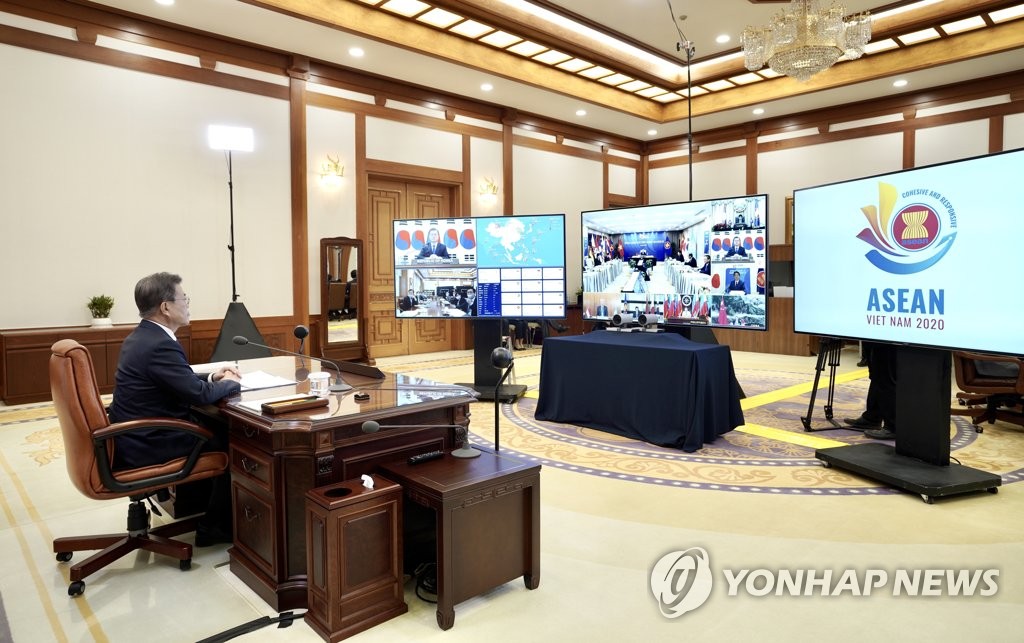 During the meeting, Moon also pledged all possible support for members of the Association of Southeast Asian Nations (ASEAN) and other countries in connection with the handling of the coronavirus crisis.

He said it's essential to offer quarantine and medical supplies in a timely manner to those in urgent need,

"Korea will secure additional funding for humanitarian assistance and respond to the fullest extent possible to any calls for help from other countries, including ASEAN," Moon said during the session. It was hosted by Vietnam, this year's chair of ASEAN meetings.

He added, "We are also discussing ways to utilize

He voiced hope that the region will overcome the virus crisis at an early date by mobilizing all available resources.

Regarding the economic fallout of the pandemic, he proposed maintaining the "essential flow" of trade, investment and people-to-people exchanges.

He said the APT group can play a role as a catalyst to put global supply chains back on track.

"I hope that global supply chains will be made operational to the maximum extent beginning with ASEAN Plus Three," he stated, referring to the World Trade Organization's forecast that global trade will shrink by as much as 32 percent due to COVID-19.

The U.N. Food and Agriculture Organization also warned of a potential food crisis in vulnerable regions.

Moon suggested that APT countries explore ways to allow the cross-border travel of essential figures such as business leaders, medical professionals and humanitarian workers to an extent that does not undermine each country's quarantine efforts.

In late March, Moon attended a similar virtual summit of the Group of 20 major economies on coping with the virus, which was arranged on his own proposal.

He had an annual in-person summit with the leaders of two other Northeast Asian powers and the 10 ASEAN member states in Bangkok in November last year. 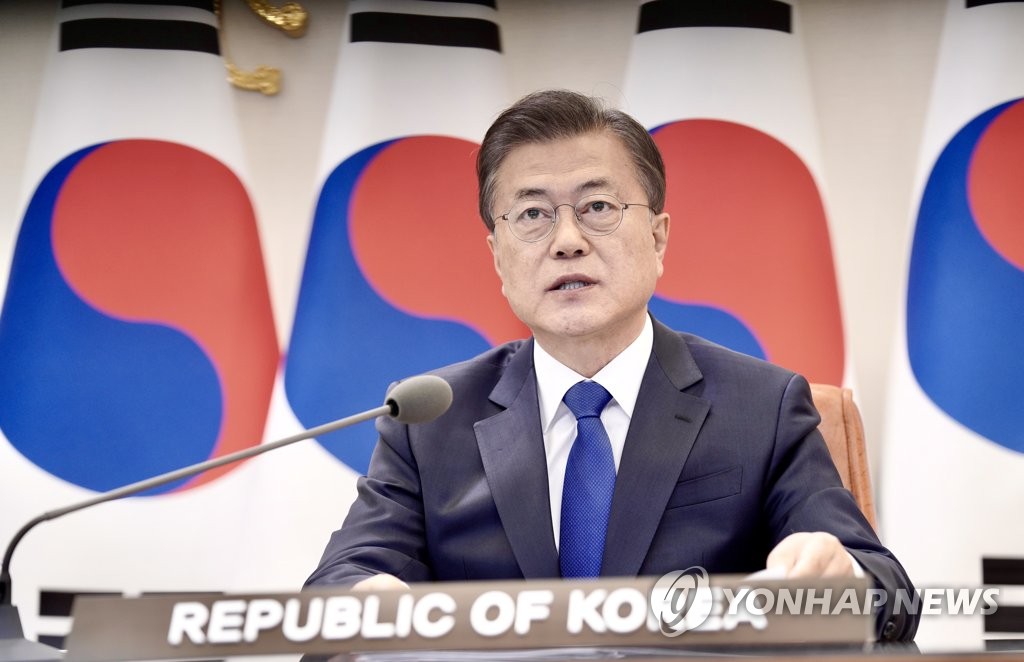