SEOUL, April 14 (Yonhap) -- The union of GM Korea Co. said Tuesday that its members have endorsed a tentative wage deal, averting a strike amid the ongoing coronavirus pandemic.

The agreement was approved by 53.4 percent of more than 7,200 union members who voted earlier this week. More than 500 other union members did not vote.

The tentative deal, which was reached last month, calls for a wage freeze and no performance bonus payments as well as a vehicle incentive program for mutual growth of the union and the company. 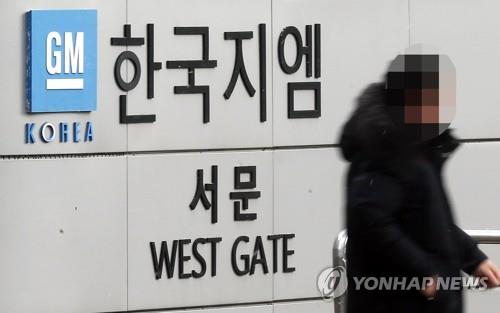 GM Korea launched the U.S.-made Equinox SUV and upgraded Chevrolet Spark minicar in 2018 and the midsized Colorado pickup truck and Traverse SUV last year as part of its efforts to revive sales.

The company operates three car assembly plants -- two in Incheon, just west of Seoul, and one in Changwon, 400 kilometers south of the capital city. They have a combined output capacity of about 600,000 units.

In 2018, GM shut down a car assembly plant in Gunsan, about 270 kilometers south of Seoul, due to a low utilization rate.

Last year, partial and general strikes prevented GM Korea from producing about 20,000 vehicles, according to the union.