SEOUL, April 14 (Yonhap) -- A Seoul court on Tuesday issued an arrest warrant for a South Korean man on charges of violating self-isolation rules, the first formal detention of an alleged quarantine offender.

The Seoul Eastern District Court approved the police's request to arrest a 68-year-old man who went outside despite being under coronavirus-related self-isolation.

The court cited a high risk of him fleeing and the severity of allegations against him.

The resident, who has tested negative for COVID-19 in the southeastern ward of Songpa, is alleged to have visited a spa and a restaurant though he was under two-week self-isolation after arriving here last week, according to the police.

Earlier, the South Korean police said they would deal with self-isolators in a "stern" manner and probe whether self-isolation violators repeatedly breached the rules, attempted to hide their itinerary or came in contact with other people.

South Korea has tightened measures related to the virus, such as imposing mandatory two-week self-isolation on all international arrivals. Those who breach self-isolation rules could face up to one year in prison or a fine of up to 10 million won (US$8,197). 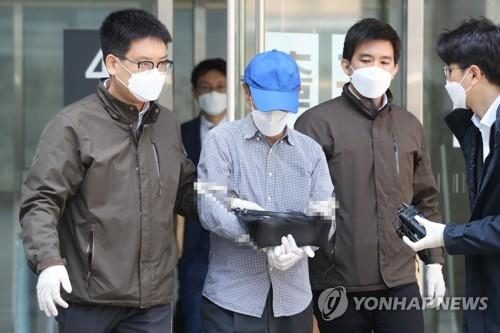