SEOUL, April 14 (Yonhap) -- A Seoul court on Tuesday accepted a request by a parliamentary candidate to nullify the main opposition party's decision to expel him for controversial remarks.

At an emergency meeting Monday, the United Future Party (UFP) leadership council decided to revoke the party membership of Cha Myeong-jin and void his candidacy to run in Wednesday's parliamentary elections.

Cha, running in Bucheon, west of Seoul, sought an injunction at the Seoul Southern District Court to invalidate the party's decision.

The court ruled in favor of Cha, citing a procedural problem. The court said the UFP violated the rule by bypassing the ethics committee before taking the issue to the leadership council.

The court decision will allow Cha to run in the elections.

Cha has been under fire for comments on families of the victims of the 2014 Sewol ferry disaster during a candidates' debate last week.

But after he repeated the controversial remarks through a social media posting and public criticism continued to mount, the UFP's top council decided to kick him out on Monday. 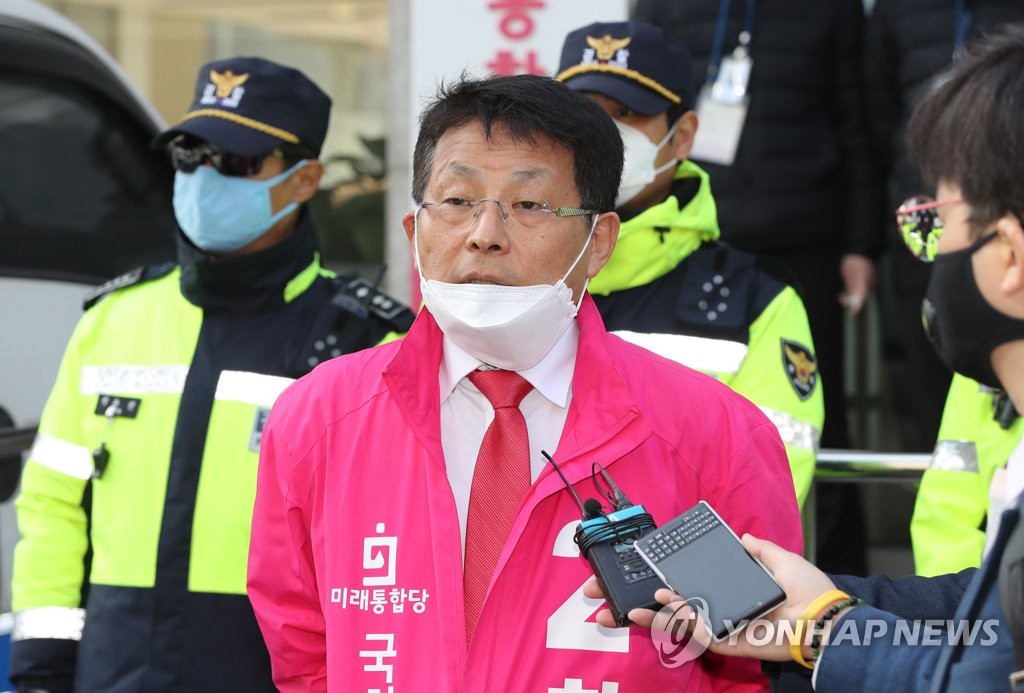