SEOUL, April 15 (Yonhap) -- Around 15.3 percent of South Korean voters had turned out in Wednesday's parliamentary elections as of 11 a.m., 0.8 percentage point lower than at the same time in the previous elections four years ago, the National Election Commission (NEC) said.

According to the commission, some 6.73 million completed voting, five hours after the polls opened at 14,330 polling stations nationwide in crucial elections that are seen as a referendum on President Moon Jae-in amid the country's fight against the new coronavirus.

But the figure does not include a record high turnout of 26.69 percent in last week's two-day early voting, as well as votes by overseas South Korean nationals and those aboard ships, the NEC said. Those numbers will be included in the turnout starting at 1 p.m.

Eyes are on whether this year's voter turnout could reach 70 percent for the first time in nearly three decades on the back of high public interest as seen in the record high early voting turnout.

In 2016, the turnout stood at 58 percent, with 12.19 percent of voters participating in the previous week's early voting.

This year, a total of 44 million people are eligible to vote in the elections.

Vote counting is expected to begin at around 6:30 p.m. 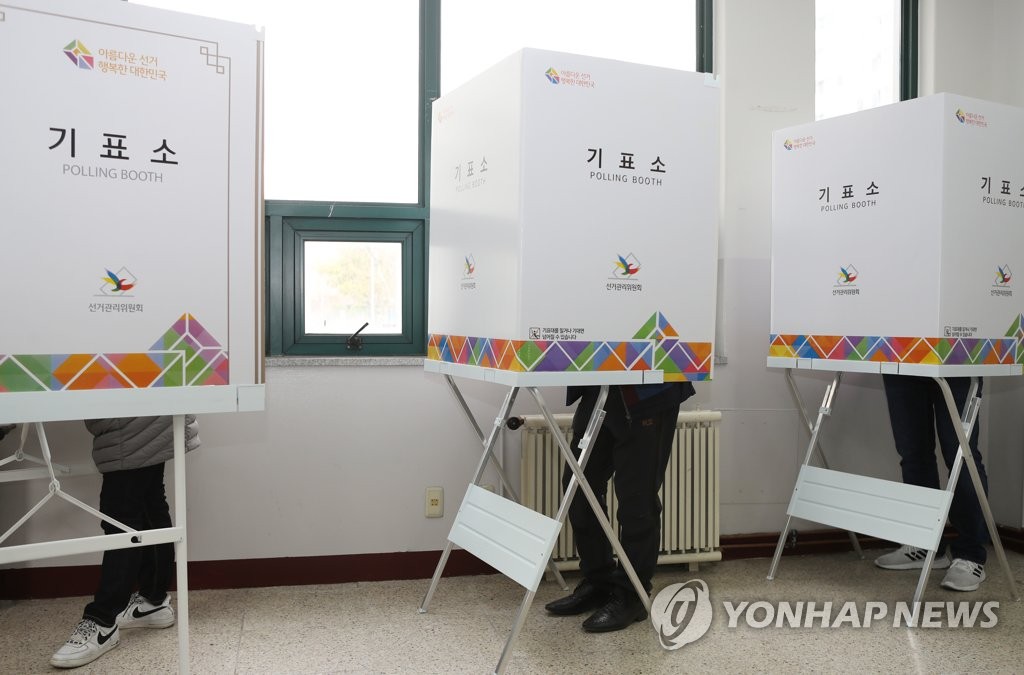