The founder's birthday, referred to in the North as the Day of the Sun, is the country's biggest national holiday and has often been commemorated with massive military parades displaying new weapons and other cultural and sports events.

On Wednesday, the Rodong Sinmun, the North's main newspaper, ran a series of articles lauding the late founder, but there was no report about celebratory events or gatherings of people usually held across the country on the eve of the anniversary.

The KCNA reported the previous day the country issued a postage stamp commemorating the anniversary and a series of wreaths of flowers from foreign countries have been laid in front of the massive bronze statue of the founder on Mansudae Hill overlooking Pyongyang.

But the North has refrained from cultural and sports events involving large crowds.

The regime has already canceled an annual marathon competition and an international art festival. An annual exhibition of Kimilsungia, an orchid developed to honor the late leader, did not take place either.

The muted atmosphere is seen as part of precautionary measures against the coronavirus.

North Korea claims to have no coronavirus outbreak, but it has taken relatively drastic and swift antivirus measures, such as closing its border with China and toughening quarantine criteria. Pyongyang has also canceled a major international marathon race that is usually held to celebrate the late founder's birthday.

On Saturday, the North held a political bureau meeting of the ruling party presided over by leader Kim, saying it has become impossible to remove the danger of the coronavirus "in a short time" and calling for "strict national countermeasures to thoroughly check the infiltration of the virus." 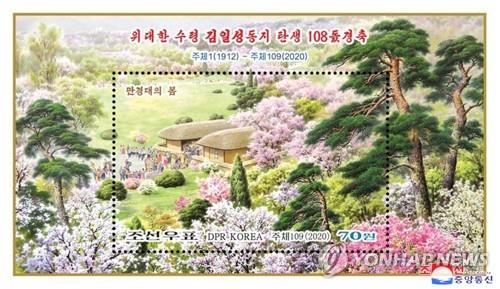