SEOUL, April 15 (Yonhap) -- Armed with face masks and plastic gloves, South Koreans voted for a new National Assembly on Wednesday under strict coronavirus quarantine procedures, such as temperature taking, sanitizing hands and distancing from each other in lines.

South Korea is the first major country to hold nationwide elections since the coronavirus pandemic. Whether the country can successfully hold the elections without worsening the outbreak will be watched closely from overseas as it may serve as a guideline for other countries for safe voting. 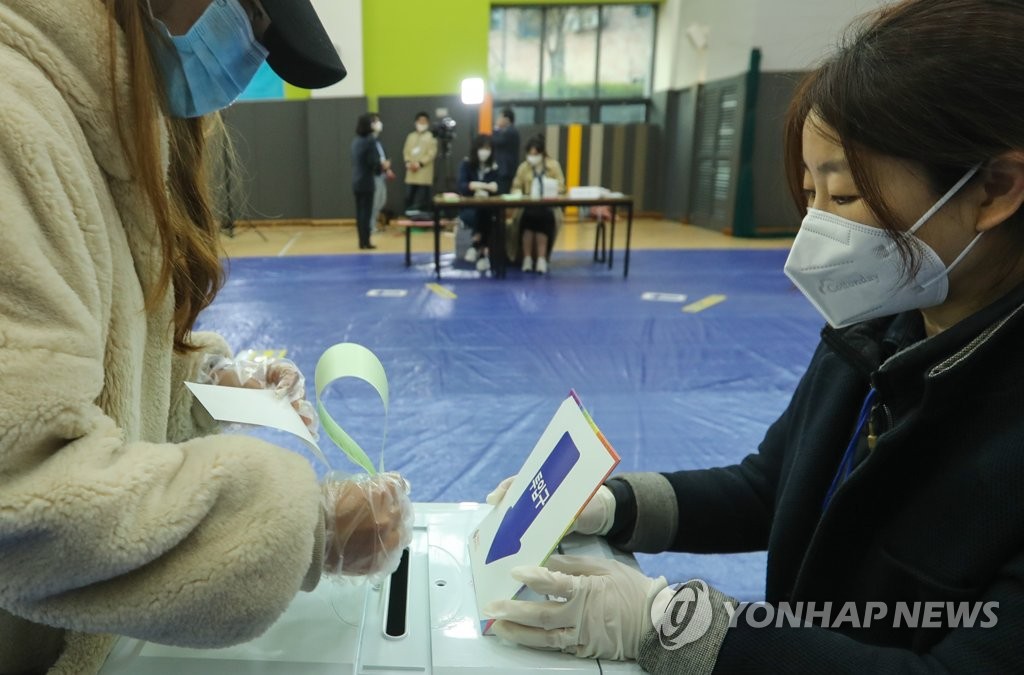 Voters were advised to wear masks and asked to stand at least 1 meter apart from each other, with red signs on the floor marking the distance.

Election officials then conducted mandatory temperature checks on voters coming inside the building.

If the voters' body temperatures reach over 37.5 C, they are taken to a separate voting booth and then sent for virus testing.

Voters were also asked to use hand sanitizers and put on plastic gloves before casting their ballot.

To minimize the possibility of infection, officials used machines for identification instead of fingerprint checks.

Voters were asked to pull down their masks only when officials checked their identification.

They were also advised against talking without their masks on and advised not to bring young children to the polling stations.

The country disinfected over 14,000 polling stations ahead of the elections, and officials said they will frequently disinfect polling booths and ballot stamps.

South Korea first received attention when a cluster infection broke out in the southeastern city of Daegu, but it has since been lauded for its success in containing the virus by the World Health Organization, with many countries requesting test kits and seeking advice.

Now, it has recently brought down new daily infections to about 30, with the nations' total at 10,564.

Some 44 million people are eligible to vote in the elections.

A higher-than-expected turnout for the advance voting has drawn attention to whether turnout for Wednesday's elections could surpass 60 percent. 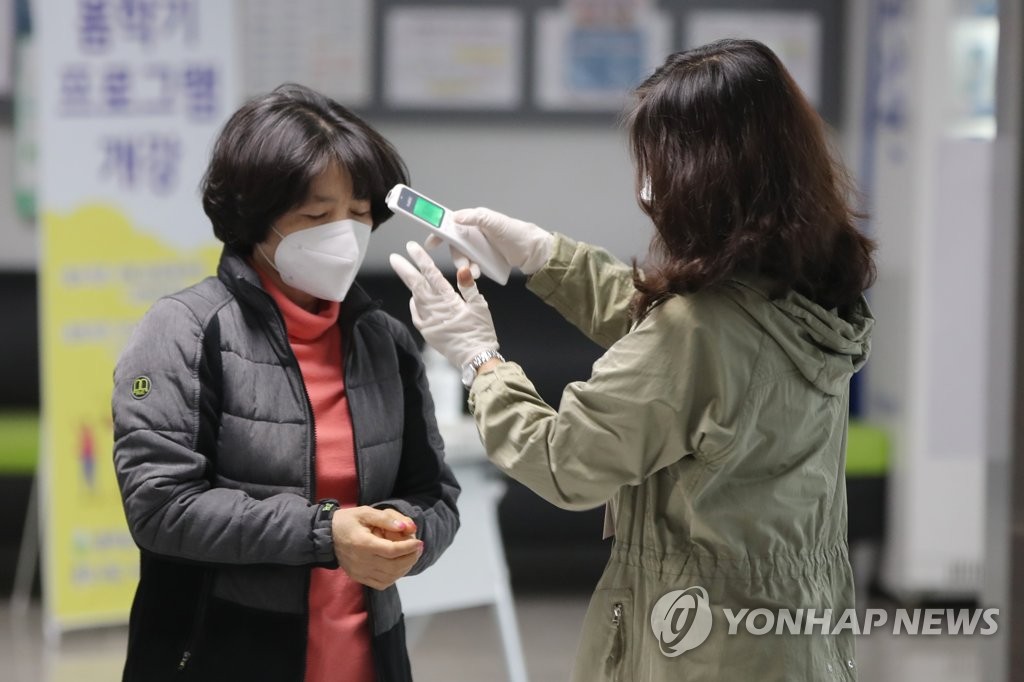 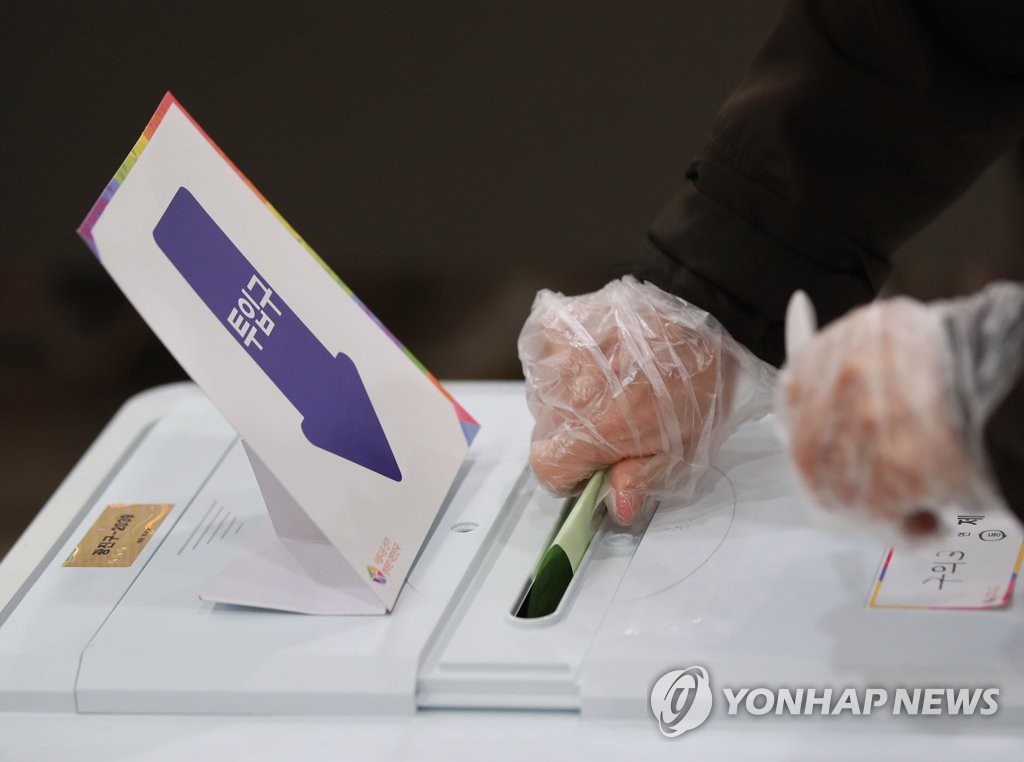