SEOUL, April 15 (Yonhap) -- A series of U.S. surveillance aircraft have flown near and over the Korean Peninsula, an aviation tracker said Wednesday, following North Korea's launch of what appeared to be cruise missiles off its east coast.

The U.S. Air Force's RC-135U Combat Sent was spotted en route to waters between South Korea and Japan, Aircraft Spots tweeted, without giving details on the time of its operation.

On Tuesday, the Air Force's E-8C and the Navy's EP-3E were also seen operating over South Korea after the North fired surface-to-ship cruise missiles near its eastern coastal town of Munchon.

The firings came on the eve of the 108th birthday of Kim Il-sung, the North's late national founder and grandfather of current leader Kim Jong-un, and South Korea's general elections.

Amid little progress in nuclear negotiations, the North has called for boosting self-defense and carried out a series of projectile launches. The latest firings marked the fifth major weapons test the communist nation has conducted this year. 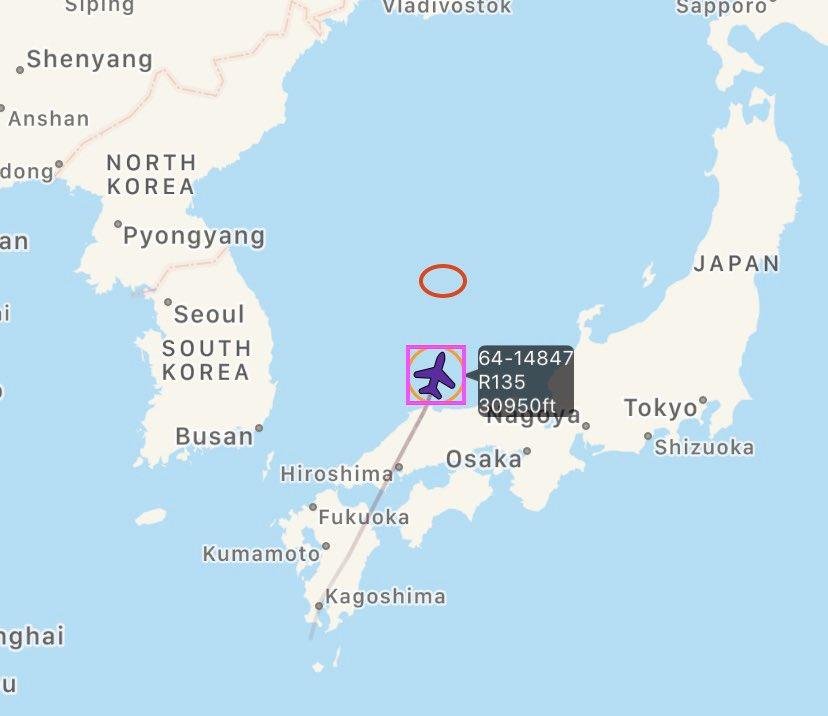