A prerequisite was that those who were self-isolating cast their ballots after the regular voting hours that ended at 6 p.m. They were required to arrive at designated polling stations on foot or by their own cars to avoid contact with others.

A total of 59,918 eligible voters nationwide were subject to the quarantine rules aimed at curbing the spread of COVID-19 as of the day before. Among them, 13,642, or 22.8 percent, informed the election authorities of their intention to go to the polls. 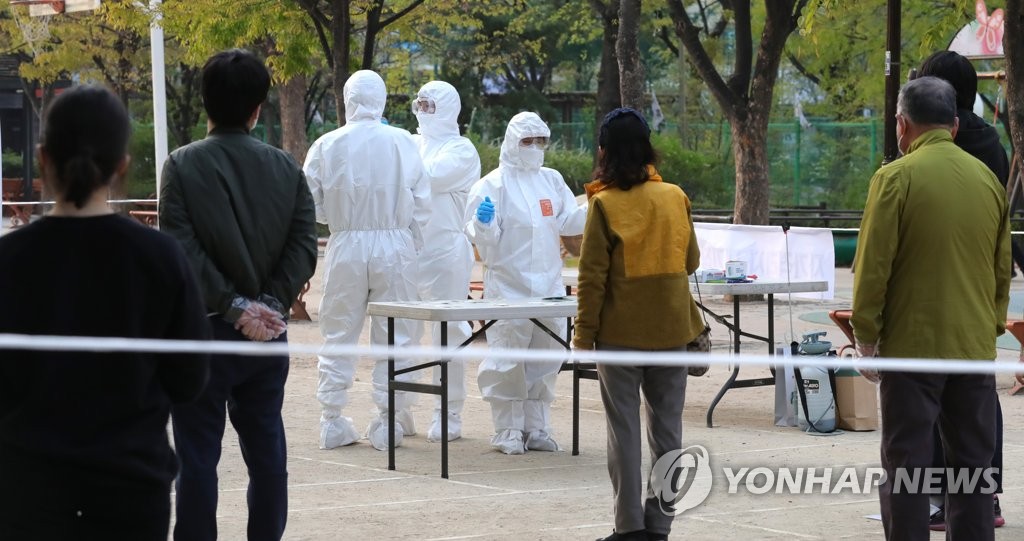 One woman showed up at a high school in the central Seoul district of Jongno wearing a hat and face mask. She was asked to wait outside the polling zone until 6 p.m. A poll worker then checked her identification and temperature, with her hands disinfected, before giving her a voting slip. A separate polling booth was set up on the schoolyard for voters in self-isolation,

A 31-year-old student who flew back home from Canada early this month took a 10-minute walk to a polling place in the western Seoul district of Yeongdengpo.

"I thought I could not vote due to self-isolation. But I am really happy to be able to exercise my right to vote," she said.

Self-isolators were required to return home by 7 p.m. and notify civil servants of their arrival via smartphone apps or text messages. 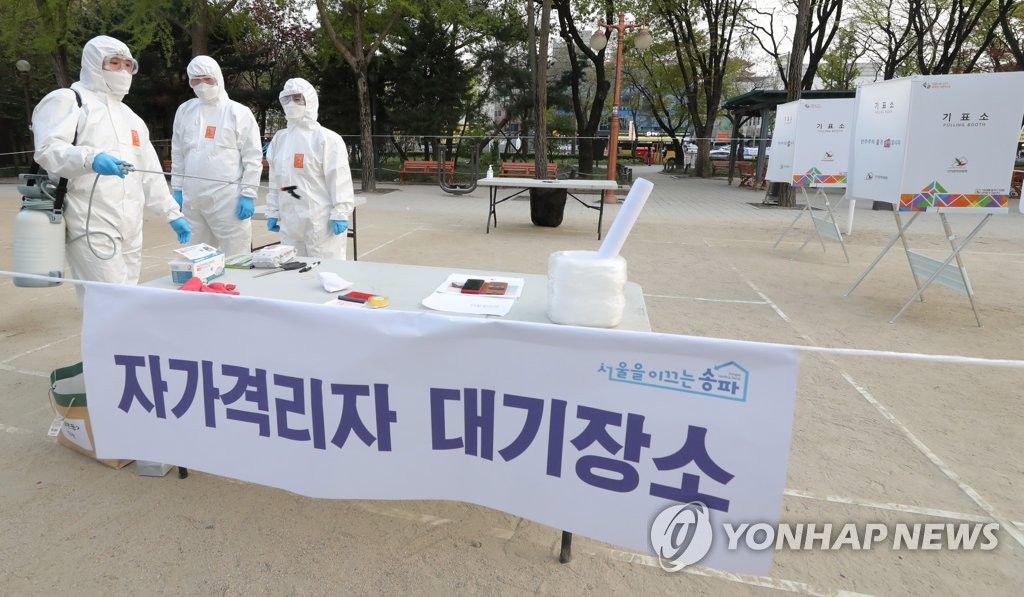 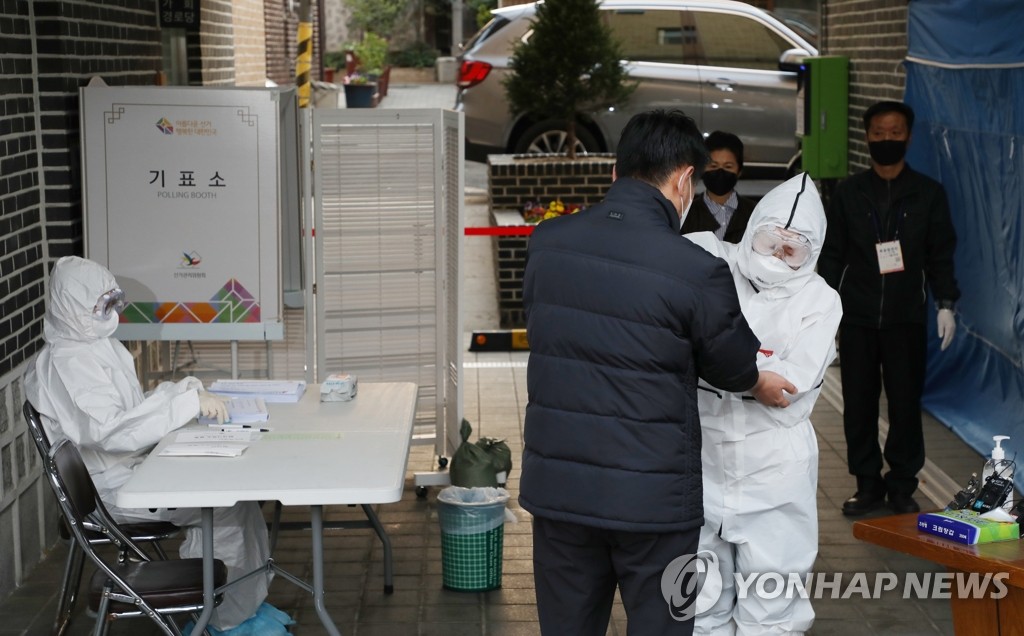