SEOUL, April 16 (Yonhap) -- Former Prime Minister Lee Nak-yon of the ruling party is sure to win a parliamentary seat over his main rival Hwang Kyo-ahn in the Jongno district, a politically symbolic constituency in central Seoul.

As of Thursday 12:55 a.m., with 89.5 percent of votes cast in the electoral district counted, Lee of the Democratic Party had received 57.5 percent of the votes compared with 40.8 percent recorded for Hwang, chief of the main opposition United Future Party.

Jongno is regarded as a symbolic constituency in South Korean politics -- a place where key political heavyweights, including three former presidents, were elected.

During campaigning, their race gained intense attention as they are widely viewed as potential candidates for the 2022 presidential elections.

He also expressed appreciation to the people for giving the ruling party and its affiliated Platform Party a majority of seats in the parliamentary elections.

"We will do all we can do to overcome such national difficulties as COVID-19 and the economic shrink," he said. 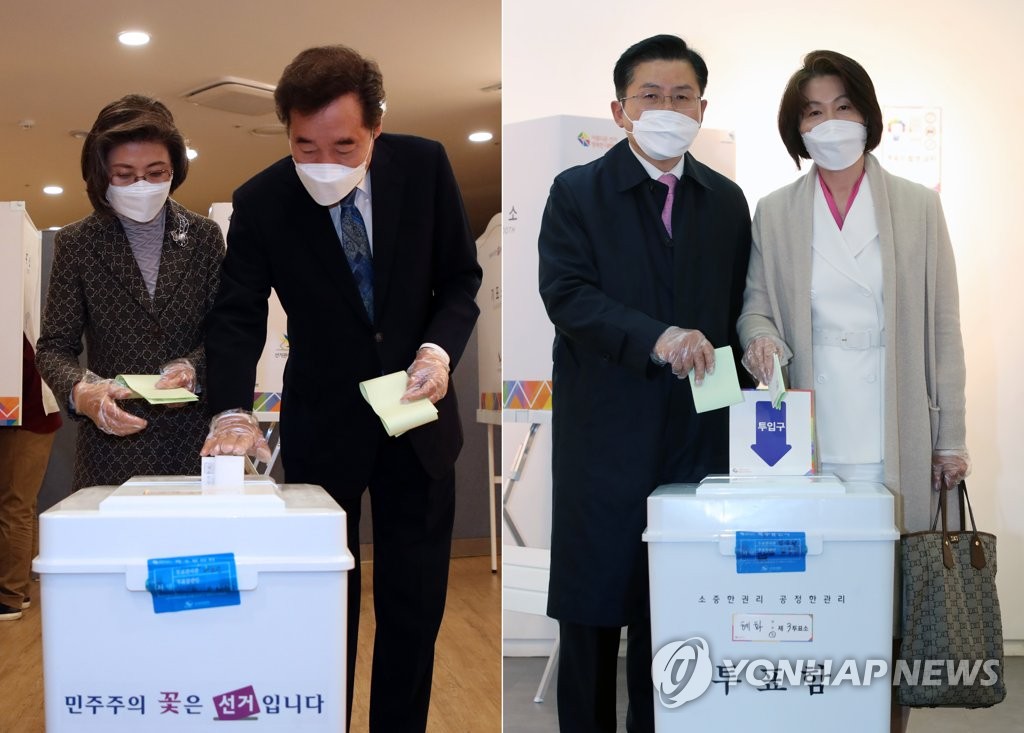