SEOUL, April 15 (Yonhap) -- The ruling Democratic Party (DP) and its affiliated party are expected to secure more than a majority of parliamentary seats in Wednesday's general elections, viewed as a referendum on President Moon Jae-in, exit polls showed.

The DP and the Platform Party, a satellite sister party that only targets proportional representation (PR) seats, are expected to win 155-178 seats in the 300-member National Assembly, according to the poll by South Korea's public broadcaster KBS.

The main opposition United Future Party (UFP) and its affiliated Future Korea Party that only pursues PR spots are likely to win 107-130 seats. 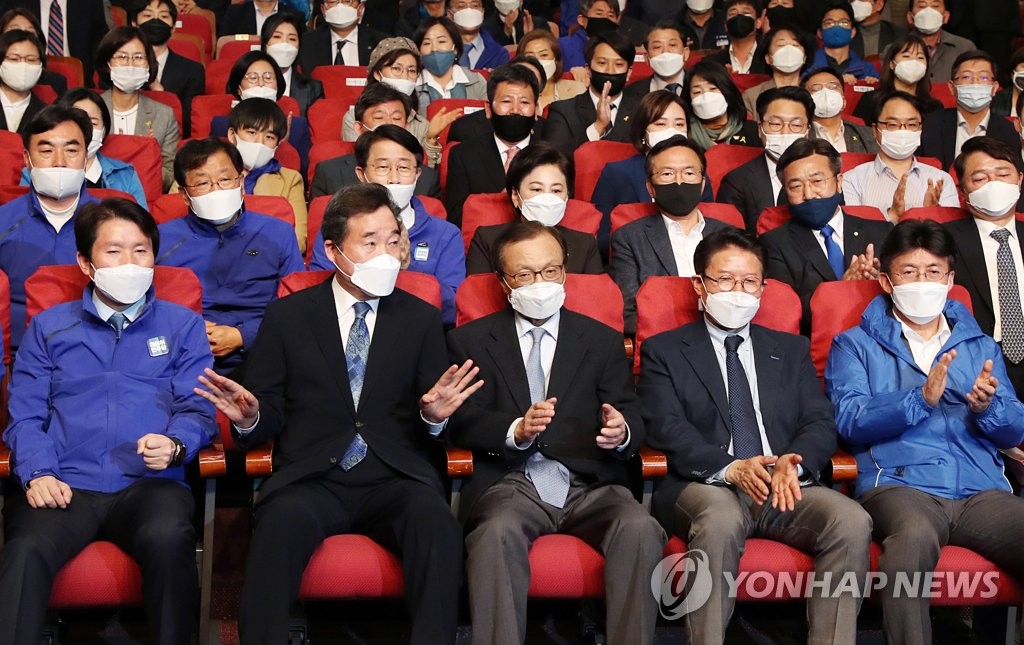 The exit polls by the three major TV networks also forecast that former Prime Minister Lee Nak-yon of the DP will win 53 percent of the vote against the 44.8 percent of Hwang Kyo-ahn, chief of the UFP, in the Jongno district in central Seoul.

South Korea held the quadrennial parliamentary elections at 14,330 polling stations across the nation to fill the unicameral National Assembly -- with 253 directly contested seats and 47 PR slots -- in the midst of the country's fight against the new coronavirus.

Whether the country can successfully hold the polls in the midst of the pandemic has been closely watched from overseas as it may serve as a guideline for other countries for safe voting.

The ruling party was widely expected to win the elections on the back of positive assessment of the government's handling of the coronavirus crisis.

During campaigns, the DP urged voters to support the government's fight against the new coronavirus and its efforts to minimize the economic fallout of the pandemic.

If the DP secures more than a majority of the seats, Moon, now in his third year in office, is expected to manage state affairs stably and gain traction in his push for a reform drive.

Moon took office in May 2017 with pledges to engage with North Korea and pursue income-driven economic growth.

If the exit polls outcomes are realized, it will mark the DP's first win of a majority of the parliamentary slots in 16 years.

Meanwhile, the conservative UFP is expected to suffer its third straight defeat in elections, including in the 2018 local elections, since the 2017 ouster of former President Park Geun-hye.

In the run-up to the polls, the UFP highlighted the government's failure to prop up the economy and raised the need to deter what it called the tyranny of the Moon government. 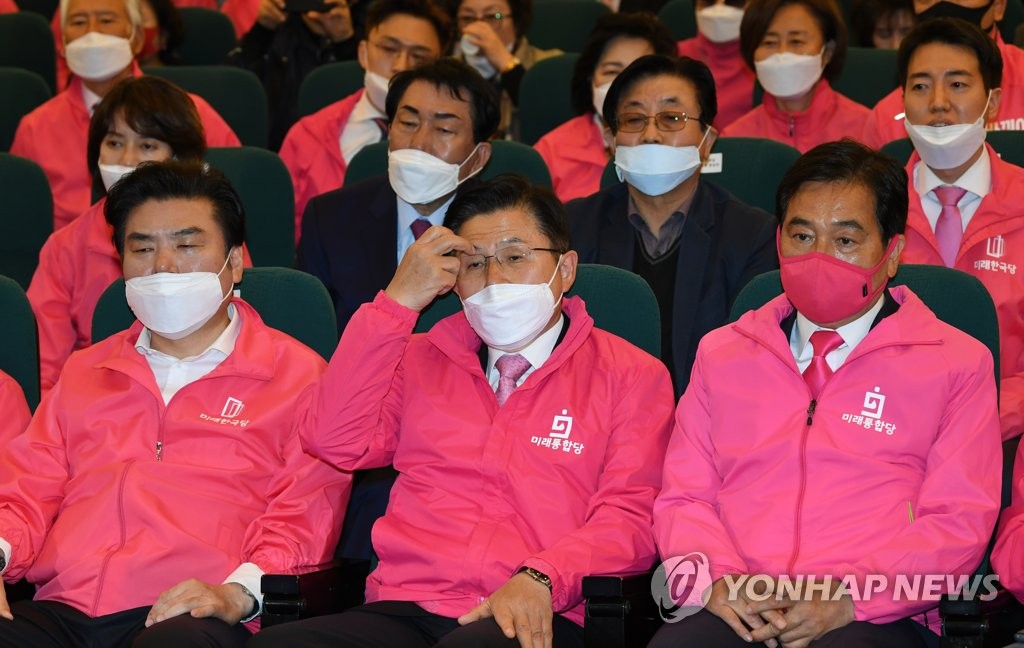 The longest-ever ballots of 48.1 centimeters were used for PR voting, as the number of parties targeting the slots reached a record 35. The ballots will be counted manually for the first time in 18 years. 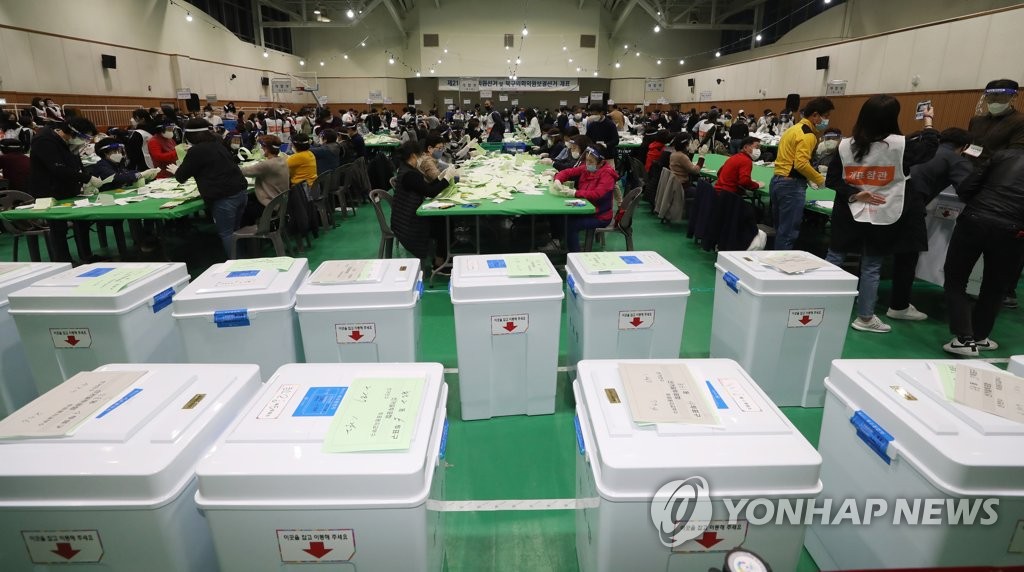