As of 1:33 a.m. when 83.4 percent of the votes had been counted, the DP had taken the lead in 156 constituencies across the nation, followed by the main opposition United Future Party (UFP) with 91 districts, according to the National Election Commission (NEC), the state election watchdog.

If combined with PR seats to be distributed to the Platform Party, the DP's satellite party that only targets PR slots, the ruling bloc is expected to secure more than 170 parliamentary seats. 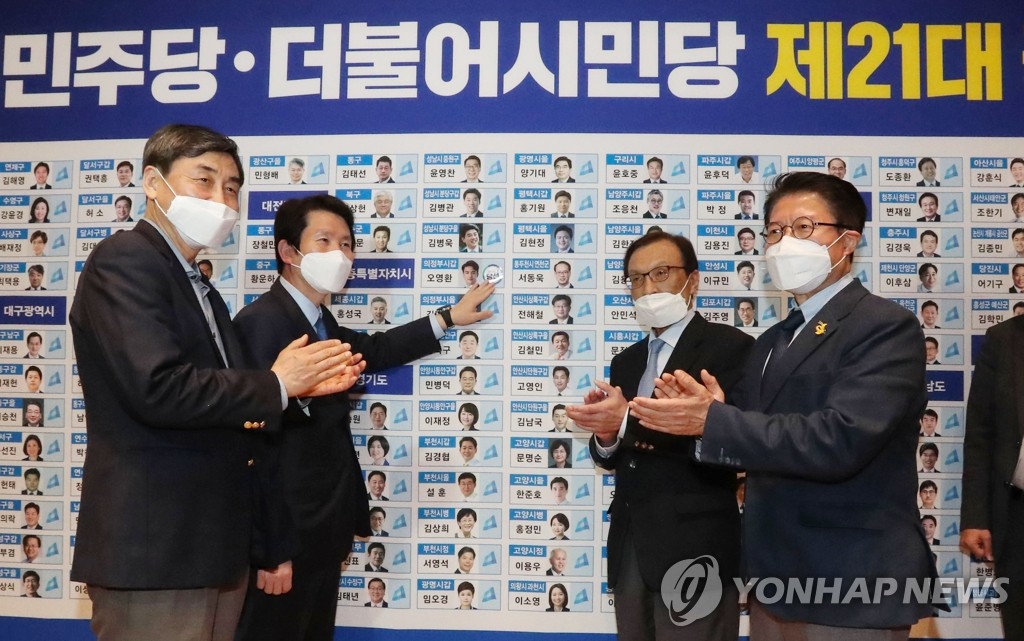 But the government's handling of the coronavirus crisis has apparently changed public sentiment, illustrated in recent polls in which Moon's approval rating shot up to over 50 percent.

The DP's possible victory would enable Moon to manage state affairs stably during the rest of his single, five-year term. It will also lend support to Moon's reform initiatives, including the reform of prosecutors.

If the wider liberal bloc, including several minor parties, secures at least 180 seats, three fifths of the total, the DP would be able to pass most bills by putting them on a parliamentary fast track despite objections from the UFP.

In the foreseeable future, the ruling party will be able to swiftly pass a proposed extra budget to finance the government's emergency relief funds over the new coronavirus.

Former Prime Minister Lee Nak-yon of the DP won against Hwang Kyo-ahn, chief of the UFP, in the Jongno district in central Seoul.

A high-profile race unfolded between Lee and Hwang in Jongno, a symbolic constituency in Korean politics, as they are viewed as potential presidential candidates.

Meanwhile, the conservative UFP was expected to suffer its third straight defeat in elections, including in the 2018 local elections, since the 2017 ouster of former President Park Geun-hye over a corruption scandal.

UFP chairman Hwang announced that he will step down from the party post to take responsibility for his party's defeat. 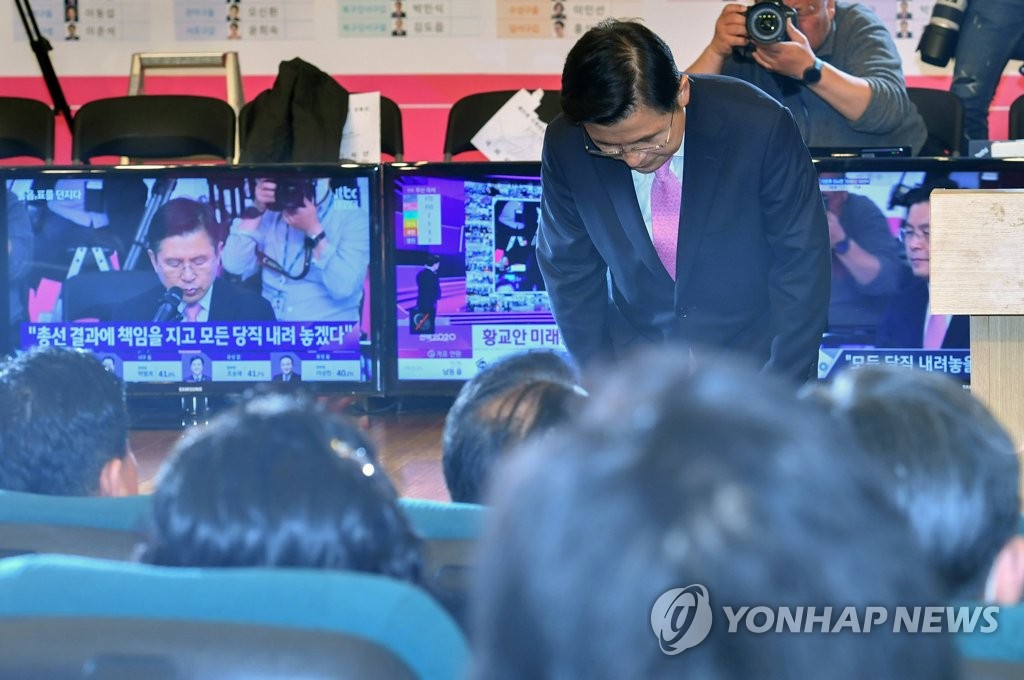 Voter turnout in the parliamentary elections tentatively came in at 66.2 percent, the highest turnout in 28 years, according to the NEC.

The new system could have worked favorably for minor parties, as the method of distributing PR seats was supposed to better reflect cast for parties.

But smaller parties' aspiration to clinch more parliamentary seats via the new system fell through as the two largest parties created satellite sister parties that only target PR seats. 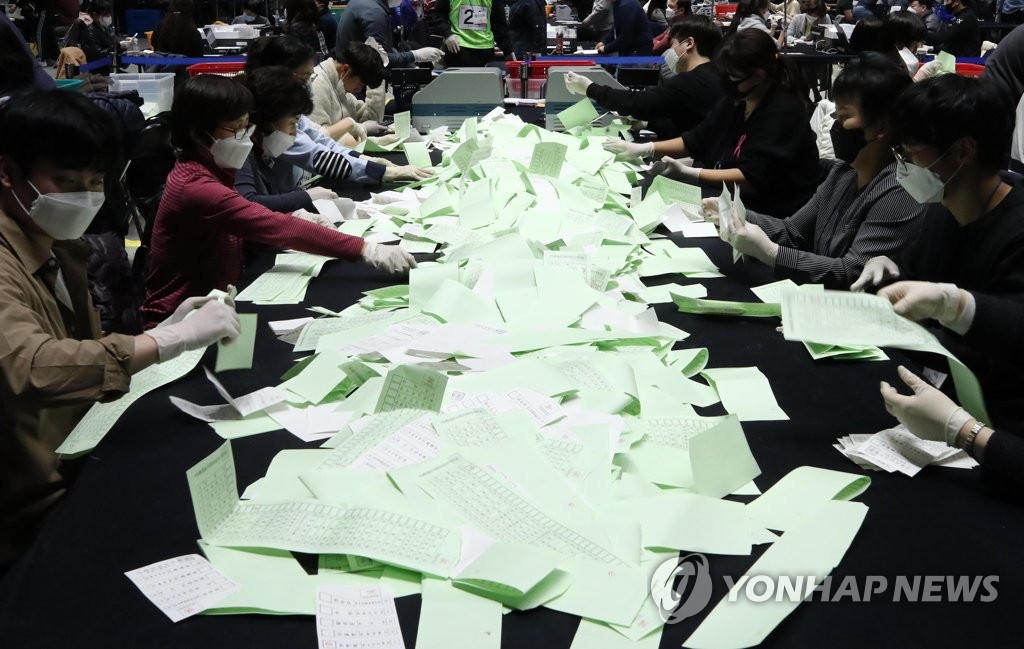