Vote counting immediately got under way after self-isolating voters cast their in-person ballots nationwide for a while after the regular voting hours ended at 6 p.m. A total of 29.1 million people voted at 14,330 polling stations across the country, according to a tentative figure released by the National Election Commission (NEC).

Each put two sheets of paper into the ballot boxes: one to elect 253 lawmakers from first-past-the-post constituencies and the other to pick 47 lawmakers from proportional party lists.

Ballots for constituencies were being counted by machine as usual, but those for proportional representation seats were being done manually because the ballot is too long. It is 48.1 centimeters long, and existing machines can't read it, which means vote counting was expected to continue overnight.

Officials were sorting ballots in piles at indoor vote-counting stations, seated relatively close to each other but wearing face masks and white cotton gloves to prevent potential infection from the virus. Some were even wearing face shields.

An NEC official said at a Seoul vote-counting place via a loudspeaker, "Please maintain social distance. Those who don't wear face masks will be forced to walk out." 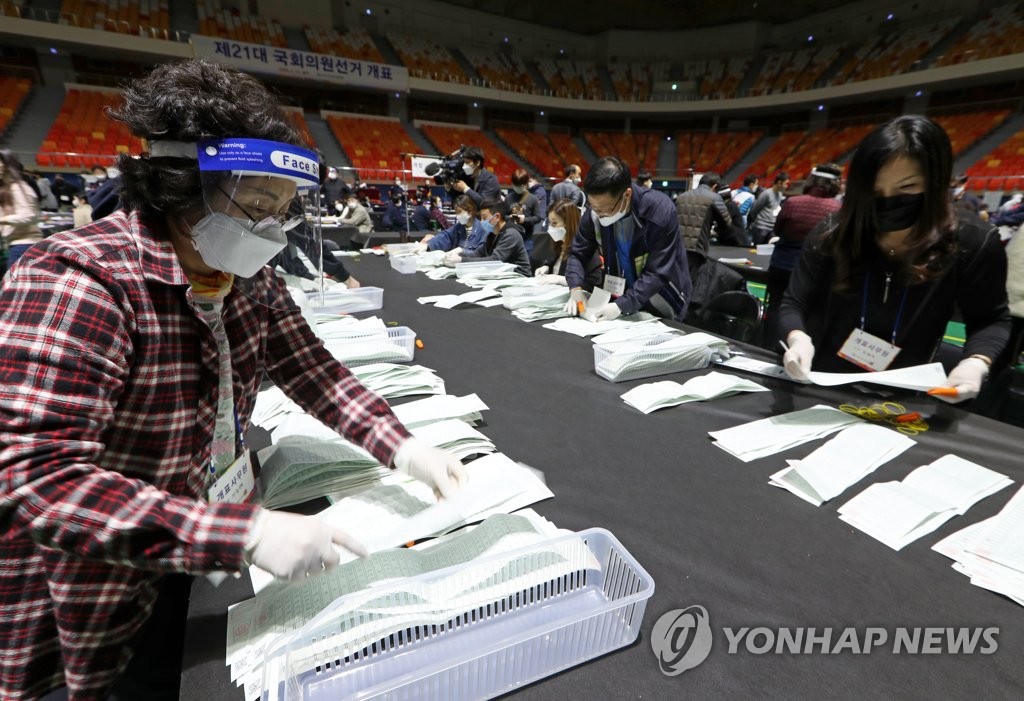 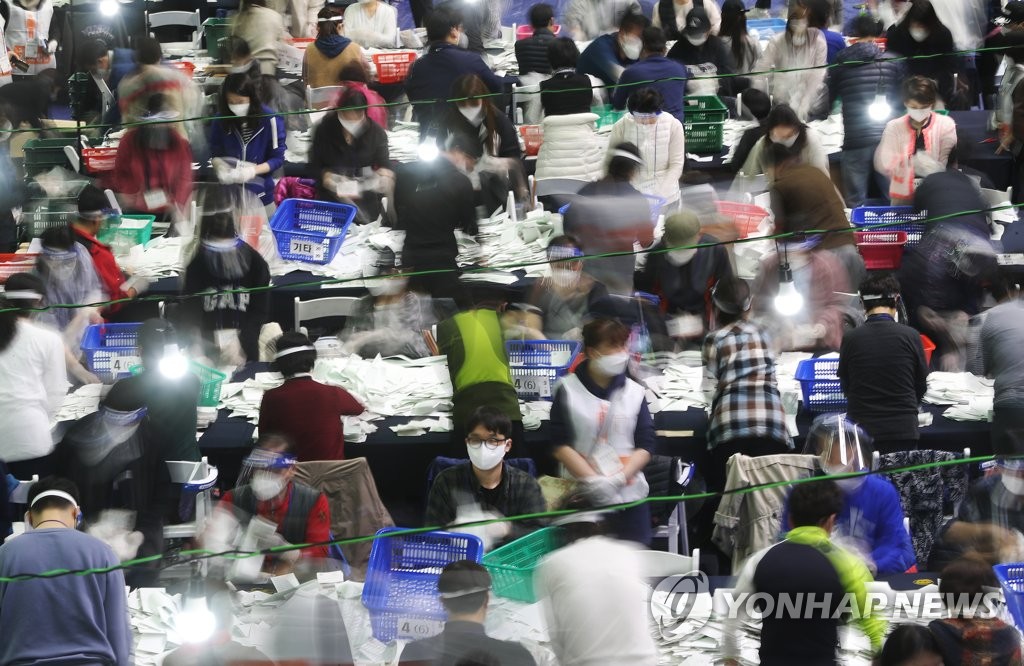