WASHINGTON, April 15 (Yonhap) -- U.S. Secretary of State Mike Pompeo on Wednesday extended his thanks to South Korea for enabling the purchase of 750,000 Korean-made coronavirus test kits.

"Grateful to the Republic of #Korea for making the @FEMA purchase of hundreds of thousands of #COVID19 tests possible," he wrote on Twitter, linking a similar tweet by U.S. Ambassador to South Korea Harry Harris. 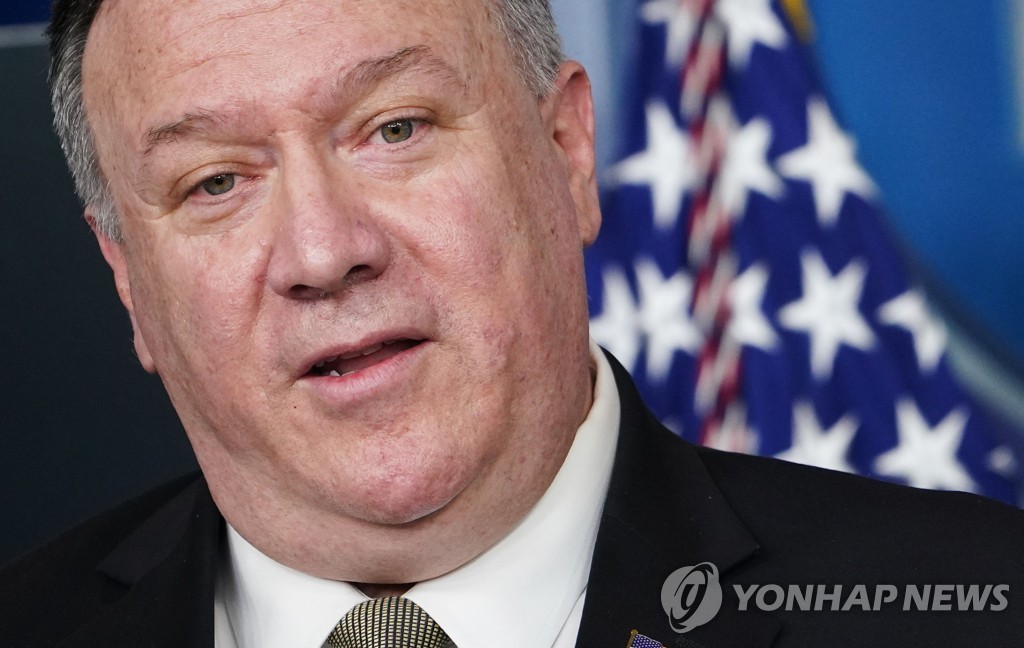 Two of the companies sent 600,000 test kits on a flight from South Korea earlier this week, while the third company supplied an additional 150,000 kits through its U.S.-based distributor.

A day earlier a State Department spokesperson said the shipments will arrive in the United States by Wednesday.

"We are grateful to the Republic of Korea for making the purchase of these tests possible, and for its assistance to the people of the United States in our fight against COVID-19," the spokesperson told Yonhap News Agency.

"During times of crisis, close coordination among like-minded allies and private sector partners is key to developing a swift and effective response," she added. "As our linchpin ally in the Indo-Pacific, the Republic of Korea has been on the front lines of this pandemic, and we thank them for their collaboration in combating this disease in an open and transparent manner."