The Korean Air plane was arranged by the Czech government to bring back 363 Czech and other European people from Australia and New Zealand.

The plane on its way home picked up 242 South Koreans in the Czech Republic, Poland, Slovakia and other Central European countries and headed to Incheon International Airport, west of Seoul.

The Czech Republic first consulted the Korean Embassy in Prague to use the South Korean airline, which has run a direct route between Prague and Incheon for 16 years.

The embassy requested that the Czech government allow the plane to carry South Korean residents.

Regular flights between the two cities have been suspended since March 5 as part of border controls to prevent the spread of the coronavirus.

"This is a case of mutual cooperation and help between Korea and the Czech Republic," Kim Tae-jin, South Korean ambassador to the Czech Republic, said. "This event will help consolidate bilateral relations which are already getting stronger through Korea's sharing of its experience of preventing COVID-19 infections." 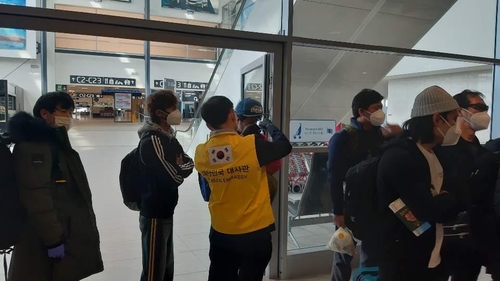