SEOUL, April 15 (Yonhap) -- Hwang Kyo-ahn, chief of the main opposition United Future Party (UFP), announced Wednesday that he will step down from the party post to take responsibility for the party's defeat in the parliamentary elections.

The ruling Democratic Party (DP) was forecast to win a majority of parliamentary seats in the general elections to fill the 300-member National Assembly.

As of 11:24 p.m., when 58.2 percent of the votes had been counted, the DP had taken the lead in 154 constituencies across the nation, followed by the UFP with 94 districts.

"I will take all responsibility. As I promised earlier, I will give up my party post to hold myself accountable for the election outcome," Hwang said at a hastily arranged press conference.

Hwang, who ran in the Jongno district in central Seoul, was also forecast to lose to former Prime Minister Lee Nak-yon of the ruling party.

The leadership of the conservative party was expected to be operated in an emergency mode. 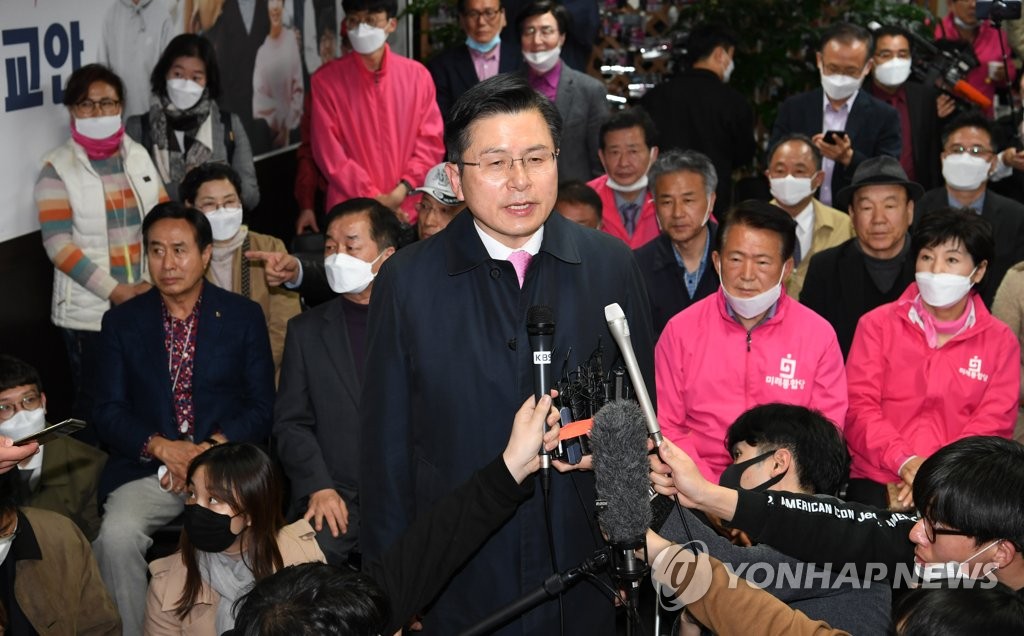