SEJONG, April 16 (Yonhap) -- South Korea's finance ministry on Thursday unveiled a second extra budget of 7.6 trillion won (US$6.3 billion) to give shopping coupons and gift certificates to households to help them cushion the economic fallout from the coronavirus pandemic.

Along with budgets from local government, the central government will spend 9.7 trillion won for the one-time relief package for 14.78 million households, about half of the nation's total households, the Ministry of Economy and Finance said in a statement.

The second extra budget came more than a month after the National Assembly approved a 11.7 trillion-won supplementary budget, which marked the nation's largest-ever extra budget bill to handle the fallout from a contagious disease.

Under the latest support measure, 1 million won will be given to each household with four or more people that rank in the bottom 70 percent of gross income, ministry officials said. 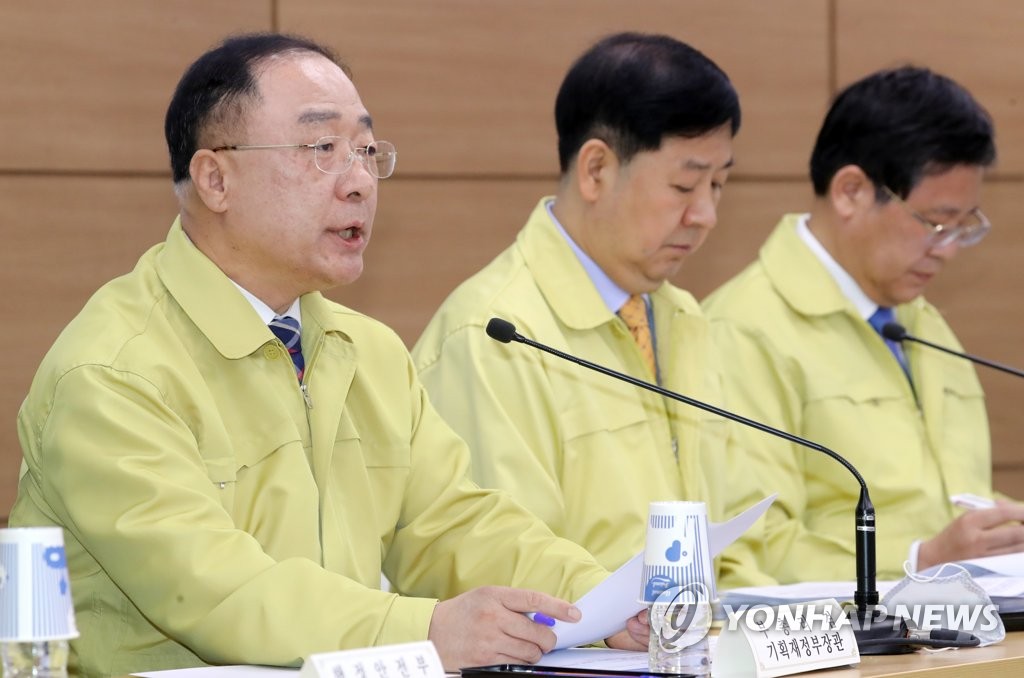 "The government will mobilize all possible measures, including taxation, fiscal spending and finance, until this crisis ends," Hong said.

The government will review additional measures to minimize the pandemic's impact on corporate and employment sectors, Hong said.

The ministry said it will not issue bonds to fund the second extra budget and the second budget will be funded by readjusting this year's annual budget and cutting costs.

The ministry said it will submit the second extra budget bill Thursday to the National Assembly for approval.

Last month, the Korean government unveiled plans to double the size of its emergency-financing aid package to 100 trillion won for businesses here under growing stress from the coronavirus pandemic.

In a bleak outlook, the International Monetary Fund (IMF) predicted this week that South Korea's economy would contract 1.2 percent this year.

The IMF predicted the global economy would shrink 3 percent this year, saying the coronavirus pandemic would bring the worst economic pain since the Great Depression of the 1930s.

The Korean economy grew 2 percent from a year earlier last year, the slowest on-year growth since 2009.

The latest extra budget is the fifth under the Moon Jae-in administration.