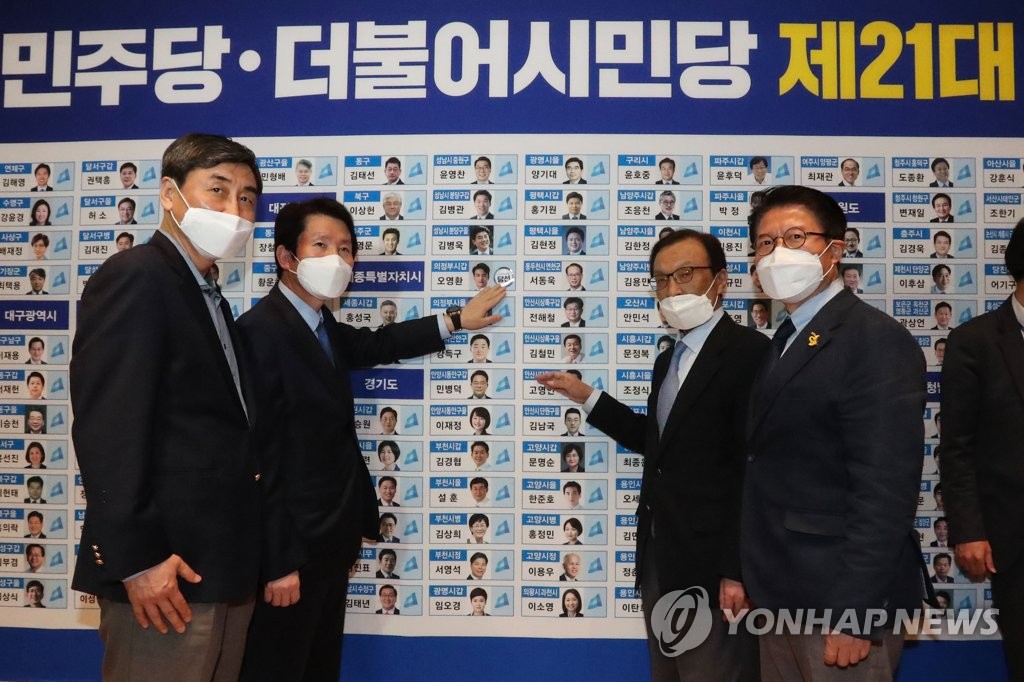 The election was widely seen as a referendum on Moon, who has two more years in office, as he been tackling several challenges -- from an economic slowdown to chilled inter-Korean relations and most recently, the virus pandemic.

The DP and its sister party, called a satelite party, were poised to secured 180 seats or three-fifths of the total, far outnumbering the projected 103 seats won by the main opposition United Future Party (UFP) and its own sister party.

The rival political forces were mired in repeated dogfights over contested bills, putting the parliament often at an impasse and even earning the shaming moniker "animal parliament." 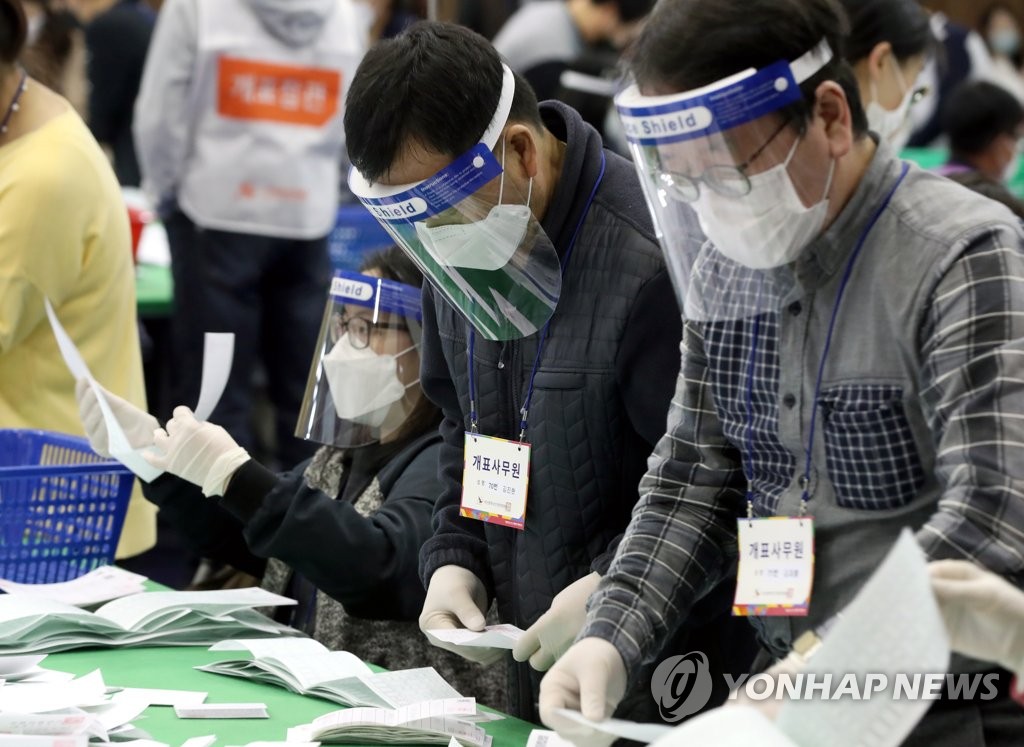 For now, the election result is expected to enable Moon to focus on pending agendas, such as tackling the virus and minimizing its fallout on the economy.

One tangible case would be the swift passage of a proposed extra budget to finance the government's emergency relief funds over the coronavirus. The Moon administration announced plans to dole out 1 million won (US$818) for all families whose income come is below 70 percent.

"We will do our best to win the war against the coronavirus and overcome the economic crisis so as to reward people's support for us," DP chairman Lee Hae-chan said.

Lee Nak-yon, who co-spearheaded the ruling party's election campaign, also said, "We will calmly but clearly (act) so that the Moon Jae-in administration's state affairs agendas will progress with concrete outcomes."

The former prime minister beat UFP leader Hwang Kyo-ahn in the politically symbolic constituency of Jongno in Seoul, effectively solidifying his stature as a strong presidential candidate. Moon has yet to release a message on the election outcome.