SEOUL, April 16 (Yonhap) -- A high-profile North Korean defector won a constituency seat in this week's general elections, becoming the first person hailing from the communist nation to be chosen directly by South Korean voters as their representative.

Thae Yong-ho, a former No. 2 diplomat at North Korea's Embassy in London, was elected to the National Assembly as the main conservative opposition United Future Party's candidate in Seoul's southern affluent district of Gangnam.

Thae received 58.4 percent of the votes cast Wednesday in the Gangnam constituency, one of the conservative party's main strongholds, far ahead of his opponent Kim Sung-gon, a four-term lawmaker from the ruling Democratic Party who earned 39.6 percent.

"I plan to devote the best of my ability so that our parliament and government can face the reality, and implement sustainable and feasible policies on North Korea," Thae said Thursday when his election victory became almost certain. 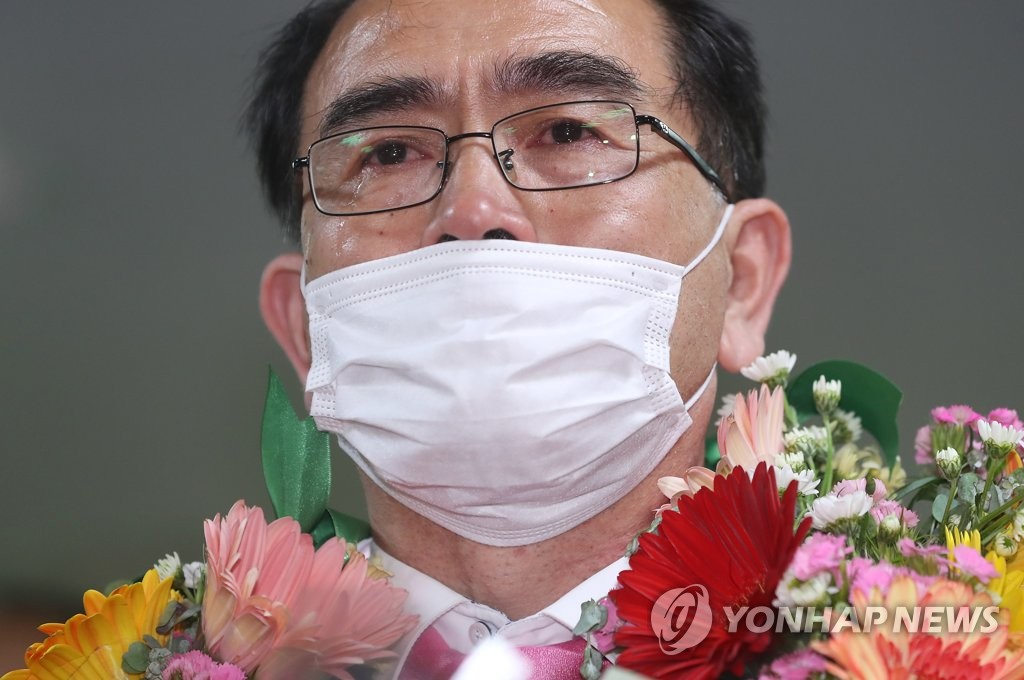 Thae, who defected to the South in 2016, had campaigned under a different name, Tae Ku-min. Thae said he deliberately registered the false name and a false date of birth with the government after defection so as to make it harder for the North to track him down and harm him.

His opponents have questioned whether he knows enough about the Gangnam region to represent the district, where critical economic issues in real estate and taxation run high.

"South Korea is my home country, and Gangnam is my hometown," Thae said.

This marks the first time a North Korean defector has won a constituency seat in the South's parliament, though a defector and former professor at Kim Il-sung University previously made his way into parliament as a proportional representative between 2012 and 2016.

Ji Seong-ho, another defector from the satellite Future Korea Party affiliated with UFP, also secured a seat in the legislature Thursday as a proportional representative.

Ji is a human rights activist known for his surprise appearance at U.S. President Donald Trump's State of the Union speech in 2018, where he triumphantly held up his crutches, drawing a standing ovation.

He is believed to have lost an arm and a leg in a train accident in 1996, when he passed out on a railway due to hunger after attempting to steal coal. He defected to the South in 2006. 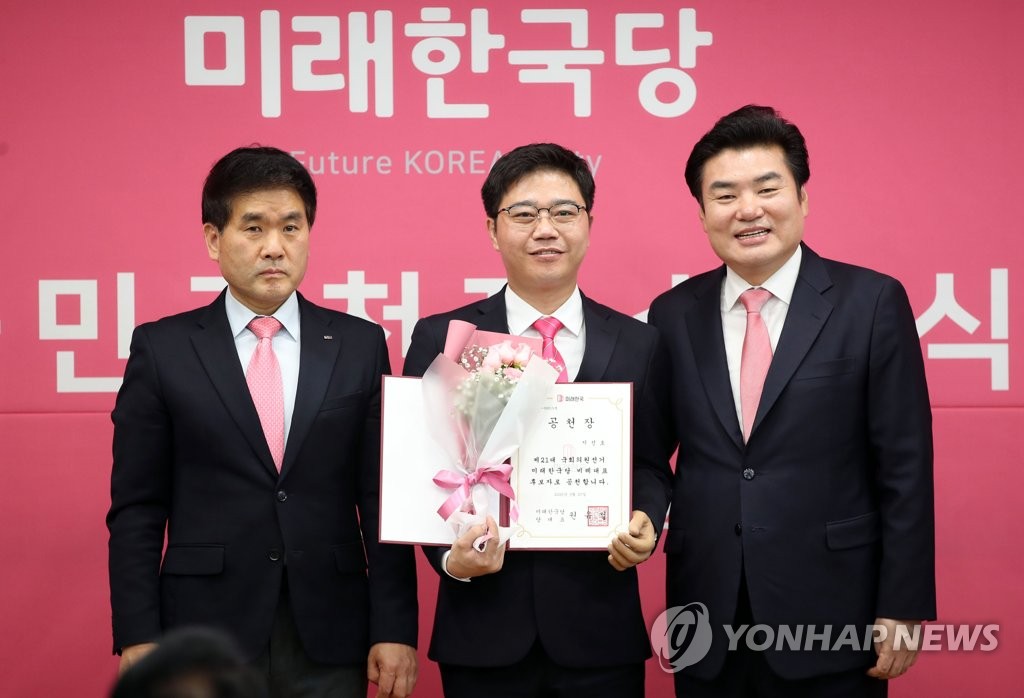