SEOUL, April 16 (Yonhap) -- South Korean airlines said Thursday they have joined their global peers in temporarily suspending in-flight beverage service on domestic routes in a move to stem the spread of the new coronavirus.

Korean Air Lines Co. and Asiana Airlines Inc., the country's two full-service carriers, on Thursday stopped serving drinks on their domestic routes, though they will carry bottled water for those in urgent need of it, according to the companies.

The move comes as the transport ministry has demanded local airlines stop offering drinks to passengers to avoid the spread of COVID-19. 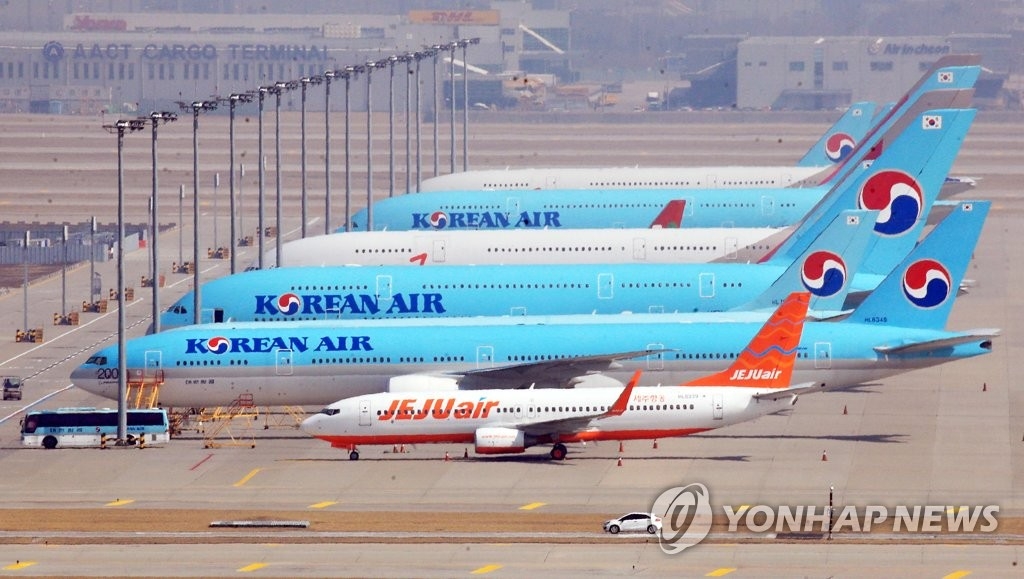