"We have to confront the national crisis we have never before experienced, but (the government) will boldly move ahead with confidence in the people," he said in a statement on the outcome of the parliamentary elections held the day before.

The ruling Democratic Party and its satellite group secured a combined total of 180 seats in the 300-member National Assembly.

It marks the biggest majority any party has claimed since the country's full democratization with the 1987 constitutional revision.

Moon described the election results as a "great choice of the people."

He said the people were so eager to ride out the crisis and added "force" to his administration.

"I feel a sense of heavy responsibility with the whole body before delight," the president said." "I will never be conceited and will listen to the voice of the people more humbly." 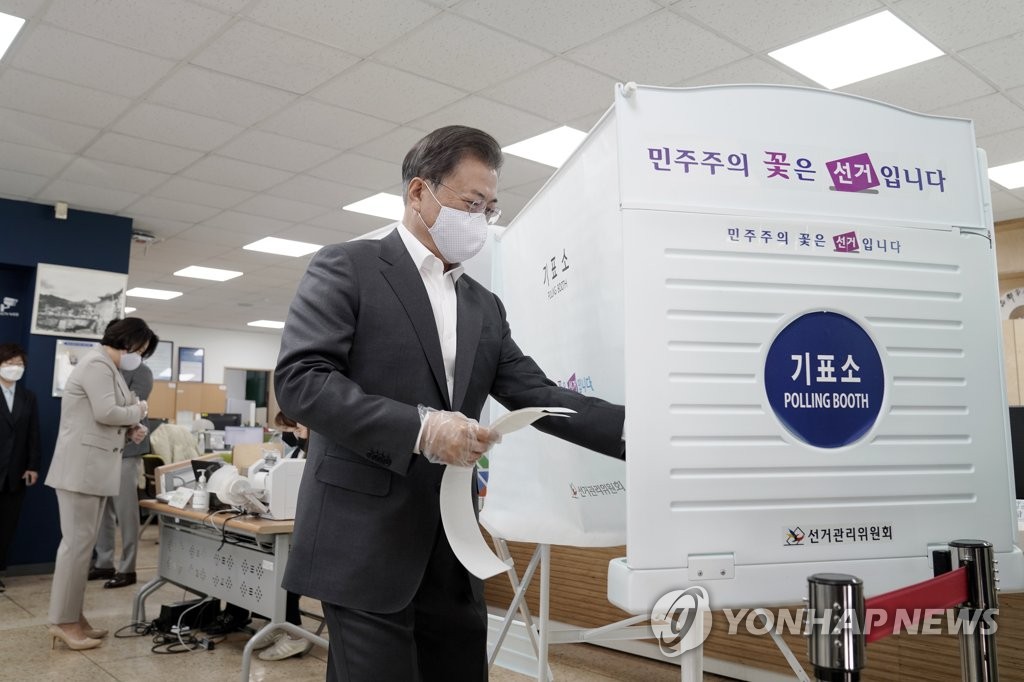 Moon pointed out that South Korea held the national elections in the midst of the pandemic.

Voters abided by the social distancing and other quarantine rules, and even those in self-isolation participated in the polls in an orderly way, leading to a "miraculous turnout" of 66.2 percent, or 29 million votes, according to Moon.

The election "amazed the world once again," he said. South Korea has already won global plaudits for having effectively slowed the spread of the disease through early testing and treatment.

In a meeting with his aides earlier in the day, Moon expressed hope that the in-person election would not affect the country's anti-infection efforts, a Cheong Wa Dae official told reporters.

He instructed close monitoring of self-isolating voters' health and that of poll workers. 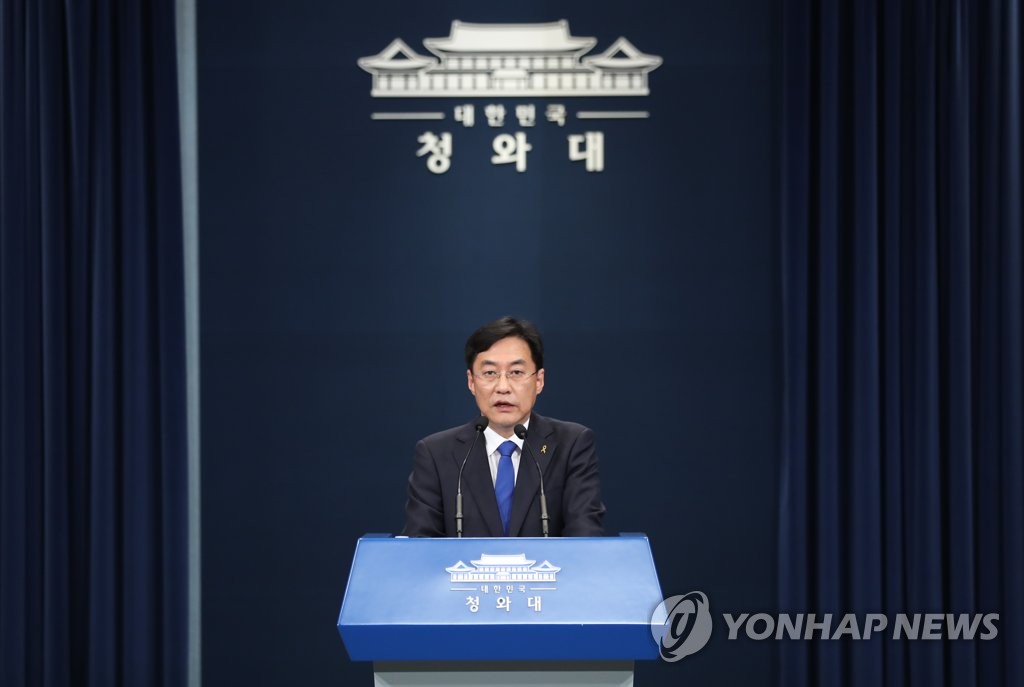