"I've been on a hiatus for about three years, and that time was very important for me as I've turned 30," the 32-year-old actor said in an online press conference. "I've looked back through my past years and thought of what to do in the future. At that moment, I received a call from producers of this series." 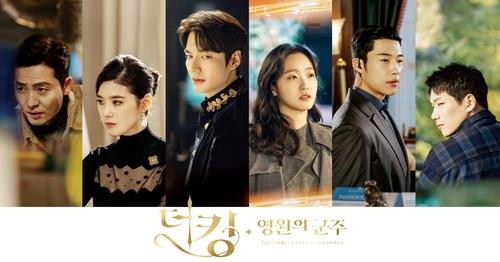 Lee, who debuted in 2003 and soared to stardom with the 2009 drama series "Boys Over Flowers," left the entertainment scene due to the two-year mandatory military service in 2017, following his last TV drama series, "Legend of the Blue Sea" (2016).

Discharged from the military in April last year, he chose "The King," set to air on Friday through SBS, for his return project. It is one of the most anticipated dramas thanks to the reunion of Lee and renowned screenwriter Kim Eun-sook after "The Heirs" (2013).

"When I first read the script, I was so eager to participate in this project and I wanted to do it well," he said. "I decided to go with this drama as I knew Kim's influence on the Korean entertainment circle."

In the 16-episode fantasy drama about two parallel universes, Lee takes the title role of Lee Gon, emperor of the Korean Empire in the past, who goes over to the present-day Republic of Korea after a time portal opens due to unknown reasons.

Lee said his character is a scientific and mathematical person who likes to extract the right answer to a problem, but is very sincere and warmhearted at the same time.

"He wants a clear answer and focuses on the process of solving problems," he said. "He looks a bit slow, but his words have power and sincerity."

Kim Go-eun, who takes on two different roles, as a detective in the present and a criminal in the past, said viewers will love "The King" for its unique setting in parallel universes and attractive characters.

It is her second time working with author Kim Eun-sook following the hit drama "Guardian."

"This drama is about two parallel worlds and has many details. All the characters are memorable and sweet," she said. "I'm doing my best to live up to the expectations of the screenwriter and fans."

Directed by Baek Sang-hoon, "The King" will also be available simultaneously on Netflix from Friday. 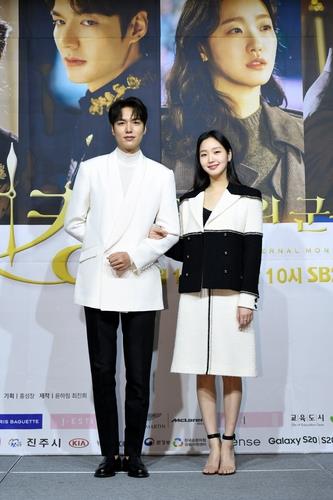 Keywords
#The King: Eternal Monarch #Lee Min-ho
Issue Keywords
Most Liked
Most Saved
Most Viewed All Categories
Most Viewed More
Most Viewed Photos