T1 Entertainment & Sports (T1), a joint venture between SK Telecom and Comcast Spectacor LLC, will be sponsored by BMW Group, according to the telecom operator.

T1, which legally operates as SK Telecom CS T1 Co., was founded last year and runs 10 teams in the competitive gaming sector in online games like League of Legends and Fortnite.

Under the partnership, T1 and BMW Group will cooperate in various marketing activities, with the BMW logo attached to T1 gamers' uniforms.

This year, T1 has signed sponsorships with 10 firms, including global sporting goods maker Nike and gaming peripherals brand Logitech G. It is only April, but T1 said its sponsorship revenue is expected to quintuple from last year.

According to SK Telecom, the global esports industry is expected to expand to US$1.1 billion, up 16 percent from a year ago, with the number of viewers to reach 500 million worldwide. 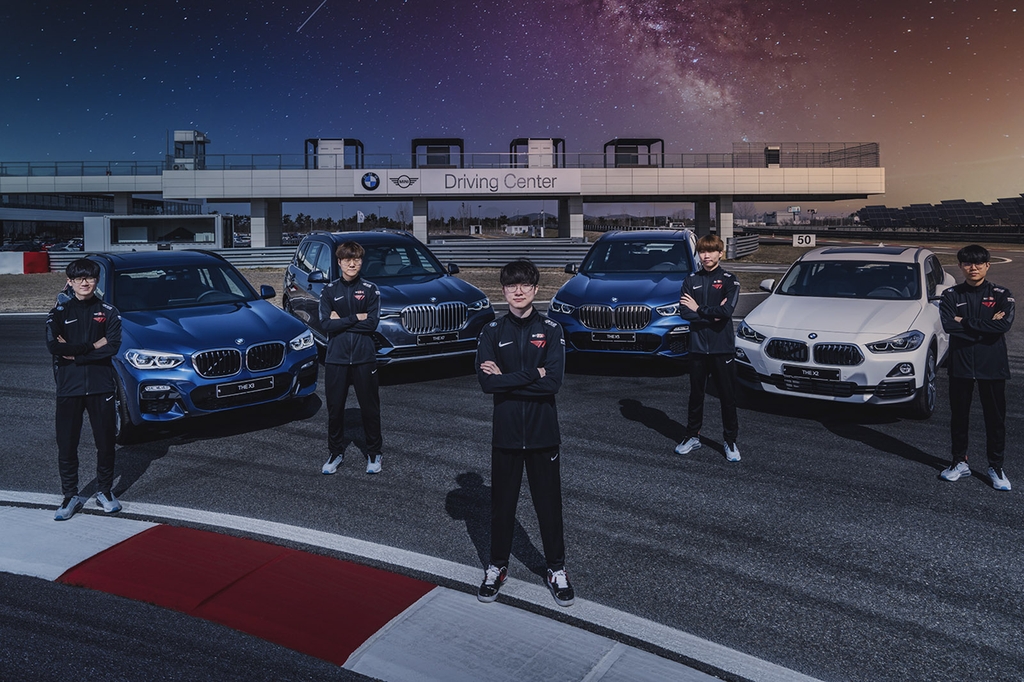