SEOUL, April 16 (Yonhap) -- The South Korean baseball league on Thursday moved half of scheduled preseason games from afternoon to evening to allow players to get accustomed to playing under the lights.

The Korea Baseball Organization (KBO) has tentatively set a 20-game exhibition season to start next Tuesday, which may still change depending on the situation with the coronavirus. For now, the league's 10 clubs are set to play four games each through April 27, for a total of 20 games over a seven-day span.

All 20 games were set for 2 p.m. starts, but 10 of them will instead begin at 6 p.m. This is to let players have a few more night games under their belt before the regular season, which could start as early as May 1. 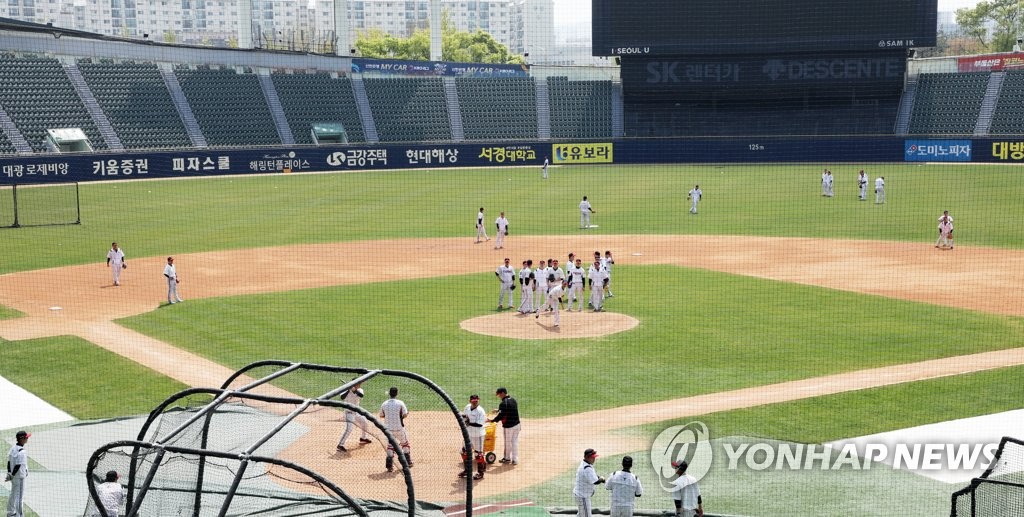 Teams have been alternating between practices and intrasquad games since early March, and they've not been permitted to face other teams, in order to prevent the spread of the coronavirus. They have had a few scrimmages under the lights, and in normal springs in the past, teams have always asked the KBO to move some afternoon preseason games to 6 p.m.

Both the preseason and the regular season schedules this year are predicated on how well the virus is deemed to have been contained. The number of new cases in South Korea has stayed below 30 for the past several days, and the KBO will meet with team presidents next Tuesday to settle on the new Opening Day.

The preseason was originally set for March 14-24, with the regular season to follow on March 28. The coronavirus pandemic threw a wrench into that plan.

If it goes ahead, the new preseason will ensure a minimum amount of traveling for teams, and only those in close proximity to one another will square off so that they won't have to spend the night in a road city.

For instance, three clubs in Seoul, the Doosan Bears, LG Twins and Kiwoom Heroes, will only play one another plus the SK Wyverns in Incheon, about 40 kilometers west of the capital, and the KT Wiz in Suwon, some 45 kilometers south of Seoul.

The Samsung Lions in Daegu, the Lotte Giants in Busan and the NC Dinos in Changwon will mostly stay in the southeastern part of the country. The Lions and the Dinos will each make one visit to Gwangju in the southwest to play the Kia Tigers. 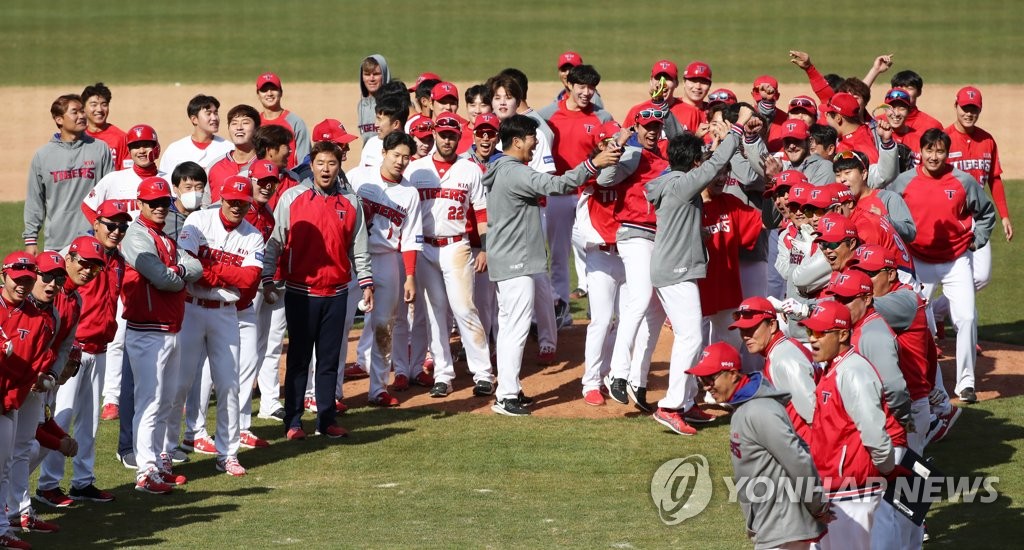 The Hanwha Eagles, based in the central city of Daejeon, will travel a bit east to Daegu for a game against the Lions, and then a little north to face the Wiz in Suwon.

The current, two-week social distancing campaign is set to end Sunday. The government will decide later this week whether to extend or ease the drive.

If the nationwide campaign goes on for another two weeks, the KBO will have to push back both the preseason and regular season. The league is hoping to salvage a full, 144-game season, even with a delayed May start, and has already prepared a contingency plan to hold all postseason games beyond Nov. 15 at Gocheok Sky Dome in Seoul, the country's only domed ballpark, as a neutral venue.

COVID-19 has forced premature cancellations of pro basketball and volleyball seasons. The K League's pro football season, which was supposed to kick off on Feb. 29, also remains on hold.

Some preseason baseball games moved from 2 p.m. to 6 p.m.

Some preseason baseball games moved from 2 p.m. to 6 p.m.