SEOUL, April 16 (Yonhap) -- Seoul's major landmarks will emit blue light until the middle of May to express gratitude to South Korean medical workers dedicated to preventing the spread of the new coronavirus outbreak, the municipal government said Thursday.

Under the so-called Blue Light Campaign, the capital's key landmarks, such as Seoul City Hall, Seoullo 7017 also known as the Seoul Skygarden, Han River bridges, Seoul World Cup Stadium, N Seoul Tower and Lotte World Tower, will be lit up with blue lights every night until May 15, the government said. 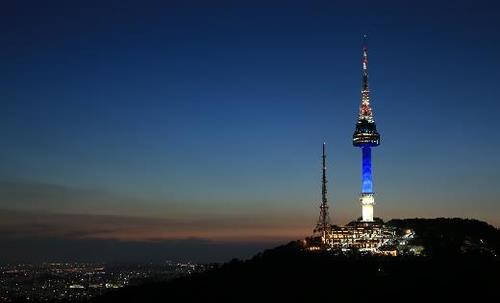 The campaign is intended to show the people's gratitude towards all medical workers fighting to contain COVID-19, it said, noting the blue symbolizes medical staff.

South Korean medical workers have been praised worldwide for having successfully coped with the coronavirus outbreak.

In a related move, the grass square in front of Seoul City Hall will be decorated with the slogan "We're All Heroes!" on April 24 to express gratitude to all citizens who have taken part in the ongoing social distancing campaign, the government said. 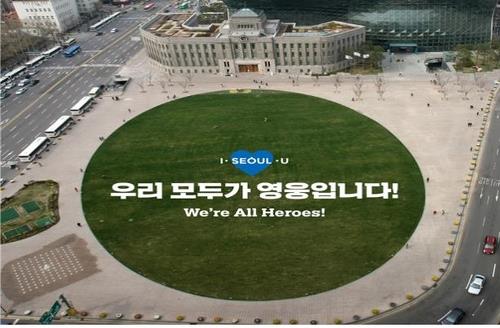