SEOUL, April 16 (Yonhap) -- The South Korean women's pro golf tour, on hold since late last year due to the coronavirus outbreak, will resume action in May with the season's first major championship.

The Korea Ladies Professional Golf Association (KLPGA) Tour announced Thursday that the 42nd edition of the KLPGA Championship will tee off on May 14 with 144 golfers in the field. The venue has not been determined. 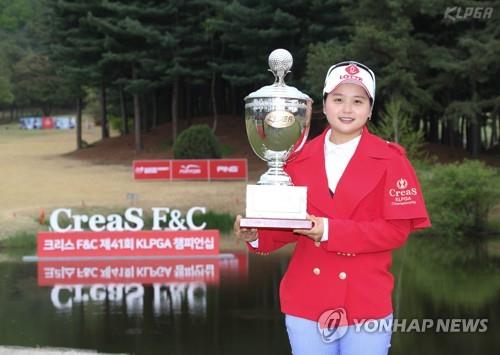 The KLPGA is the first pro sports organization in the country to set a date for the start or resumption of a disrupted season. The Korea Baseball Organization (KBO) is inching toward a May opening, and league officials will meet with team executives next Tuesday to make the final call. The K League in pro football hasn't come close to even setting a rough timetable. Pro basketball and volleyball seasons ended prematurely last month, with no champions crowned in playoffs.

The 2020 KLPGA season opened with the Hyosung Championship in Vietnam last December. It was to be followed by a tournament in Taiwan in March, with the first tournaments on South Korean soil set for April. But with the coronavirus wreaking havoc worldwide, the KLPGA Tour had long canceled all tournaments for April and most events for May.

The KLPGA Championship was originally slated for April 30-May 3 in Yangju, just north of Seoul in Gyeonggi Province. The tour announced the event's cancellation on April 3, but said Thursday it will dip into the KLPGA Fund to cover operating costs and offer prize money.

The tour said it wanted to deliver a message of hope amid the pandemic, and also help out golfers who have been struggling financially in the absence of tournament play.

The KLPGA Championship will have two cuts: after the second round, the top 102 will stay alive to play the third round, and then the top 70 golfers after the third round will get to finish the tournament.

But even those who miss the cut will be paid at this tournament.

The participating players and the tour will also donate around 190 million won to aid COVID-19 quarantine efforts.

Choi Hye-jin, the reigning player of the year and the money leader, is the defending champion. 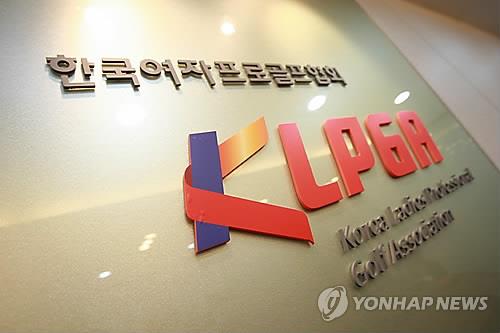 S. Korean women's golf tour to resume season in May with major championship

S. Korean women's golf tour to resume season in May with major championship