The company-led consortium was the only bidder that submitted a letter of intent to Seongnam City, just south of Seoul, for the 25,719.9 square meter plot of land originally set aside for the new Pangyo ward office.

Kakao, another local game and information tech company, was known to have expressed interest, but it opted out and took no action ahead of the Thursday deadline, industry sources said.

NC Soft insiders said that it wants to build a new office building and research and development facility on the land.

At present, the company has some 4,000 employees, but because it's main Pangyo R&D Center can accommodate only 3,000, other workers have been assigned to nearby buildings.

"The company has plans to use Pangyo as a base to expand its business presence globally but the existing work space is not big enough," a corporate source said.

Seongnam is expected to carefully review the NC Soft's proposal and decide whether to pick the company as the preferred negotiation partner by June 5.

Before the latest bid, the city had tried three times to sell the property without success. 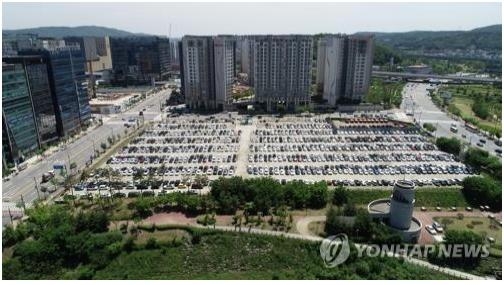