WASHINGTON, April 16 (Yonhap) -- Top Democratic lawmakers have urged the U.S. government to quickly reach a cost-sharing deal with South Korea over the stationing of American troops on the peninsula.

In a letter Wednesday to Secretary of State Mike Pompeo and Defense Secretary Mark Esper, Sens. Bob Menendez (D-NJ) and Jack Reed (D-RI) and Reps. Eliot Engel (D-NY) and Adam Smith (D-WA) said they are concerned about the ongoing impasse in negotiations for a new Special Measures Agreement.

They said the White House appeared to have recently rejected a "significant offer" from South Korea and expressed disappointment that the administration has failed to conclude negotiations more than four months after the previous SMA expired. 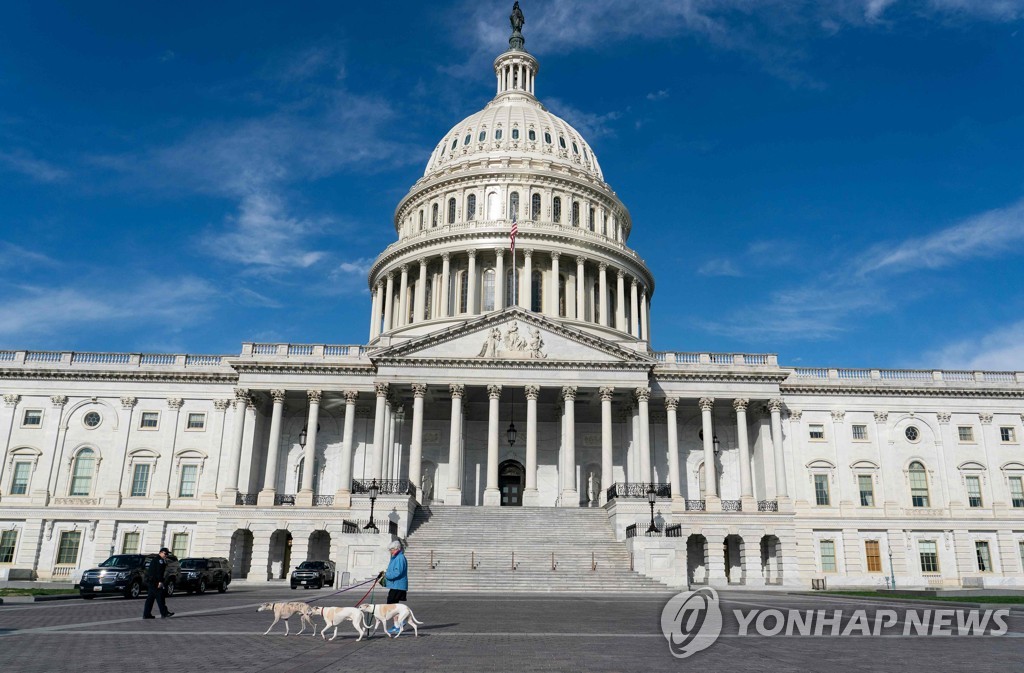 "We are concerned about the implications for U.S. Forces Korea and for the United States' interests in the Indo-Pacific," said the letter, which was posted on Menendez's website.

"We agree in principle that the Republic of Korea can and should take on additional responsibilities and meet an increased share of the burden of maintaining a robust alliance ... Yet, we are deeply concerned that if we are unable to reach a fair and mutually acceptable agreement on a new SMA soon, then the continued friction will erode the proper functioning of the alliance itself," it said.

The lawmakers noted the risks to troop readiness, the lives of 28,500 U.S. service members stationed in South Korea, as well as U.S. security interests.

"The only winners in that scenario are our adversaries," they said.

The U.S. has demanded that South Korea pay as much as US$5 billion, or more than five times the $870 million Seoul agreed to pay under last year's one-year deal.

Citing the absence of a new agreement, U.S. Forces Korea has placed some 4,000 South Korean employees on unpaid leave since the beginning of the month.

"It is an alliance forged in the blood of shared sacrifice, and a healthy, strong, and robust alliance with the Republic of Korea is the linchpin for U.S. national security interests in the Indo-Pacific," the letter said.

As an example of South Korea taking on increased responsibilities for shared defense, the lawmakers mentioned the country's significant investment in U.S. missile defense systems, such as Patriot and the Aegis BMD weapon systems.

They also underscored the importance of the alliance in confronting the threats posed by North Korea.

"North Korea continues to move forward with its nuclear program and has made recent advancements to its ballistic missile capabilities that complicate missile defenses," stated the letter.

"North Korea's WMD and conventional military capabilities pose a significant threat to the Republic of Korea, Japan, and the United States."

The letter requested that Pompeo and Esper provide an assessment of the increased risks created by the impasse, as well as their plans to resolve the issue and reach a new SMA "at the earliest possible date."

"The Korean Peninsula is strategically vital to Northeast Asia and broader regional security and stability, including our China strategy in this 'new era of strategic competition,'" it added.