The unemployment rate decreased 0.1 percentage point on-year, but the number of employed people fell to 26.6 million in March, according to the data compiled by Statistics Korea.

The employment rate for young adults -- those aged between 15 and 29 -- also fell 0.8 percentage point on-year to 65.4 percent last month.

The coronavirus outbreak has hit hard temporary and daily employees, with the number of temporary workers plunging by 420,000 in March, the data showed.

March's tumble was attributed to the novel coronavirus outbreak, which has dealt a harsh blow to consumer spending and corporate activities, as people have been urged to avoid going out to help curb the spread of the disease. 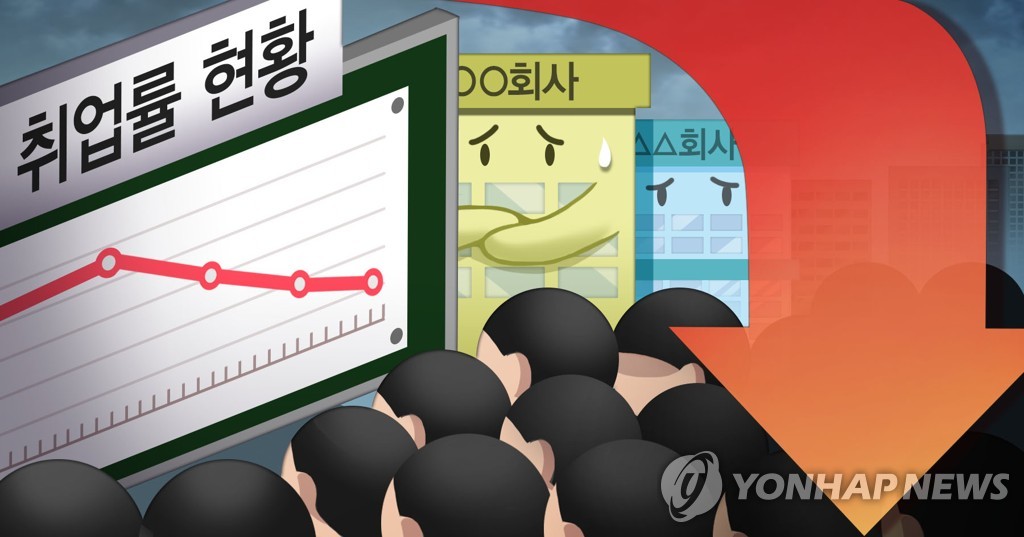 By industry, the wholesale and retail sector lost 168,000 jobs, and the accommodation and food service segment saw a decrease of 109,000 jobs last month.

Finance Minister Hong Nam-ki held a meeting with economy-related ministers earlier in the day, and the government plans to unveil measures next week to support the job market, the finance ministry said.