SEOUL, April 17 (Yonhap) -- When baseball teams play games without fans in the stands, do they need cheerleaders?

To which the SK Wyverns say, "Why not?"

The Korea Baseball Organization (KBO) is hoping to have the season start in early May, a little over a month after the original Opening Day of March 28. Because of lingering concerns over the coronavirus, the early portion of the season will be played without fans. 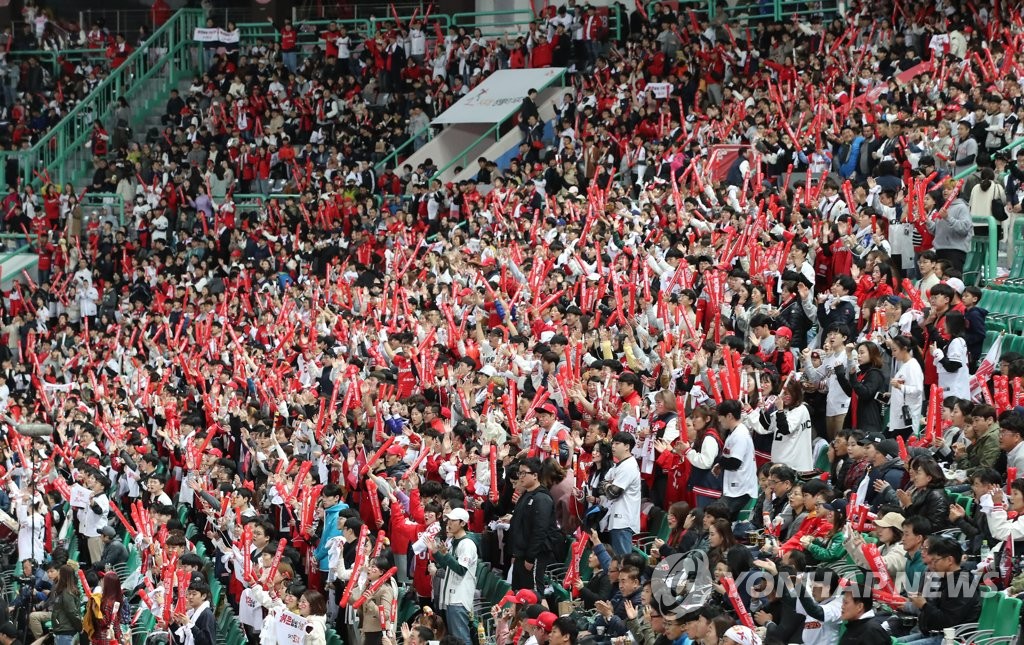 But the Wyverns, based just west of Seoul in Incheon, said Friday they will have their cheering squad on hand even for games without fans.

"Our cheerleaders will help create gamelike atmosphere for players and provide some extra sound for fans watching on television," a Wyverns official said.

Constant streams of designated songs for all players, crowd's chanting of players' names, and cheerleaders' dance performances in between innings are the defining features of KBO in-stadium experience.

And there is one more reason that the Wyverns are bringing in their cheerleaders.

These performers get paid by the game. Most of them work in multiple sports, too. During winter, they can be seen leading cheers at Korean Basketball League (KBL) games and V-League volleyball games.

But in light of the coronavirus outbreak, the KBL and V-League began playing games behind closed doors in February and canceled the late portion of their regular seasons in March. In the KBO, teams have only been playing intrasquad scrimmages. This has left cheerleaders without work for a couple of months, forcing some to start picking up odd jobs to pay bills. 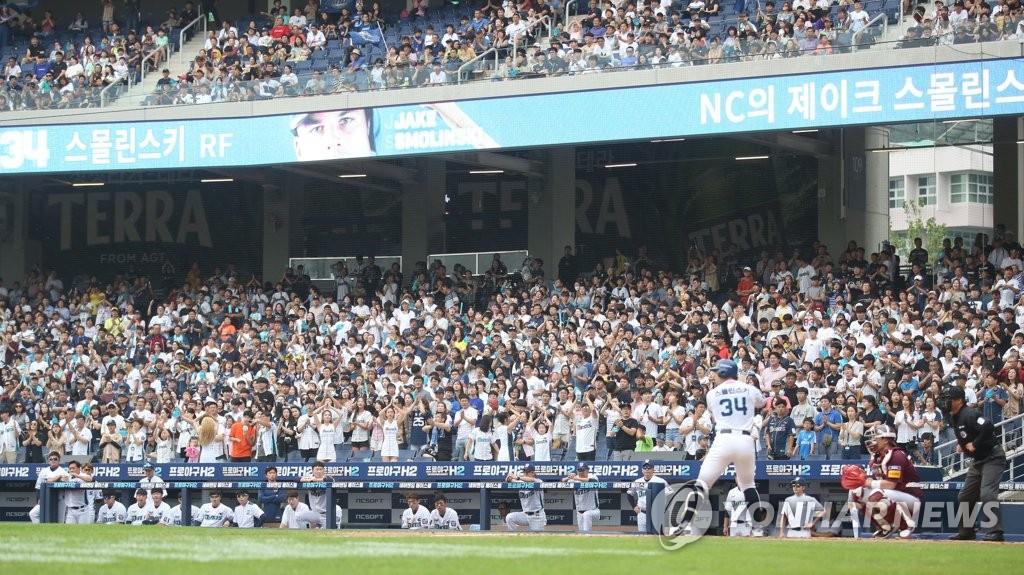 "We wanted to help our cheerleaders, since they've had no income for a while," the Wyverns official said.

Also, in the KBO, the NC Dinos said they will have their cheerleaders onstage once the regular season begins, and they will be interacting with fans in real time during home games at Changwon NC Park in Changwon, 400 kilometers southeast of Seoul. The Doosan Bears in Seoul are also considering having cheerleaders during their home games at Jamsil Stadium.

The KBO said cheerleaders are welcome to work any game as long as they do not come in direct contact with players.

With or without fans, baseball club to bring cheerleaders in for regular season games

With or without fans, baseball club to bring cheerleaders in for regular season games