In a monthly report, called Green Book, the Ministry of Economy and Finance painted a bleaker picture of the economic impact from the virus pandemic compared with its March report.

"Economic sentiment contracted and there are growing uncertainties on the real economy and financial markets," it said.

Earlier in the day, Statistics Korea said the nation reported its first on-year job loss since 2009 in March, as the coronavirus pandemic began inflicting damage on the job market.

Vice Finance Minister Kim Yong-beom said the government will review additional measures to support the airline, tourism and shipping industries, which have taken a big hit from the pandemic.

In February, the government extended 300 billion won (US$246 million) of liquidity to domestic low-cost carriers, but the nation's airline industry has called for the government to give more financial support.

The government is also drawing up plans on how to use the bond market stabilization fund, Kim said, adding that the amount of corporate bonds set to mature next week will rise to about 540 billion won. 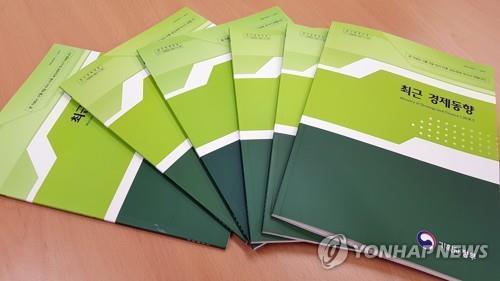