SEOUL, April 17 (Yonhap) -- Baseball is a small world. You sign with a team on the other side of the planet, and you may find a couple of your former major league teammates, ready to battle you as opponents.

Before joining the NC Dinos of the Korea Baseball Organization (KBO) last November, American right-hander Mike Wright reached out to his ex-Baltimore Orioles teammate, Tyler Wilson, who has been pitching for KBO's LG Twins since 2018. They were both drafted by the Orioles in 2011, and they both got to the big show in May 2015.

And when Wright faces the Twins, he'll stare down yet another former Baltimore teammate of his, outfielder Kim Hyun-soo. Ranked fourth among all active KBO hitters with a .321 career batting average, Kim, who played for the Orioles from 2016 to 2017, can give any pitcher fits. And Wright is ready for his chance to face him. 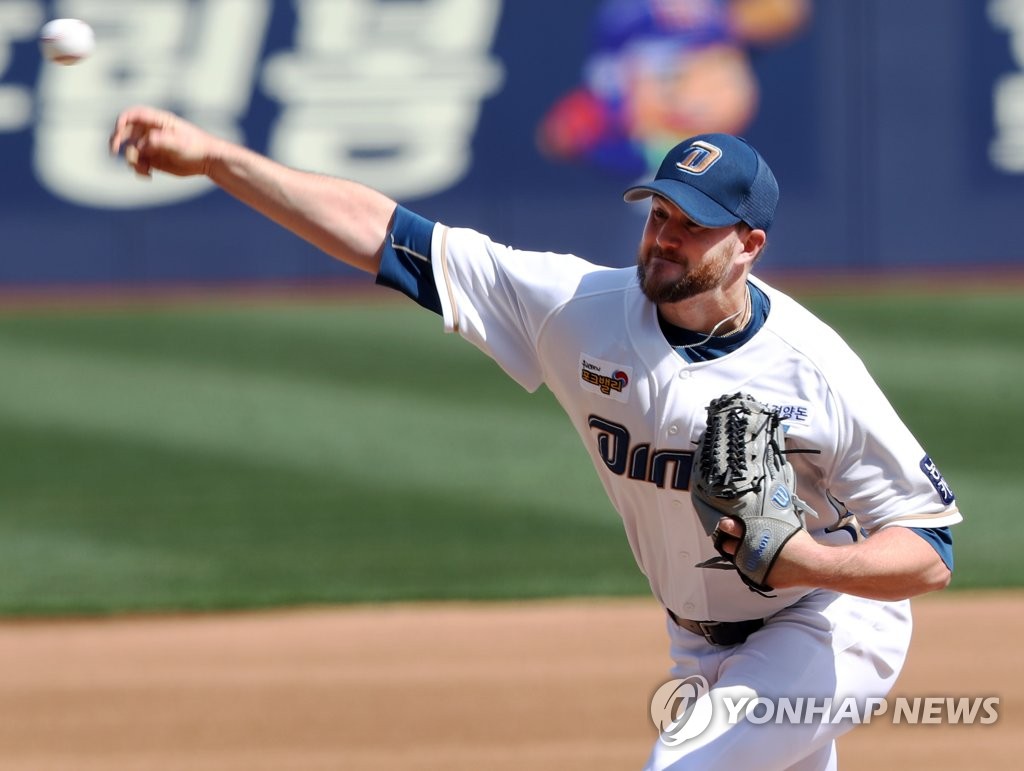 "There's definitely a lot of guys here that can hit, and one that obviously stands out to me is Kim Hyun-soo because he's my ex-teammate," Wright told Yonhap News Agency in a phone interview last weekend. "Every game we watch, he's getting a base hit. It's definitely going to be a challenge. I saw him firsthand in Baltimore, and he's going to be really good."

For now, Wright can only watch Kim on the screen. Due to the coronavirus pandemic, the KBO has delayed the start of its regular season indefinitely, and clubs are only allowed to play scrimmages at their own stadiums, with no traveling permitted.

It can be a mental grind just to be taking on mostly the same hitters each time out on the mound, but Wright said he's learned to roll with the punches.

"Honestly, staying prepared isn't that hard," the 30-year-old said. "We're around baseball, and we're at the field pretty much every day."

And taking on his own Dinos teammates has taught him one important thing.

"I haven't seen every team, but our team can really hit," he said. "The Dinos are really going to hit this year. That's exciting." 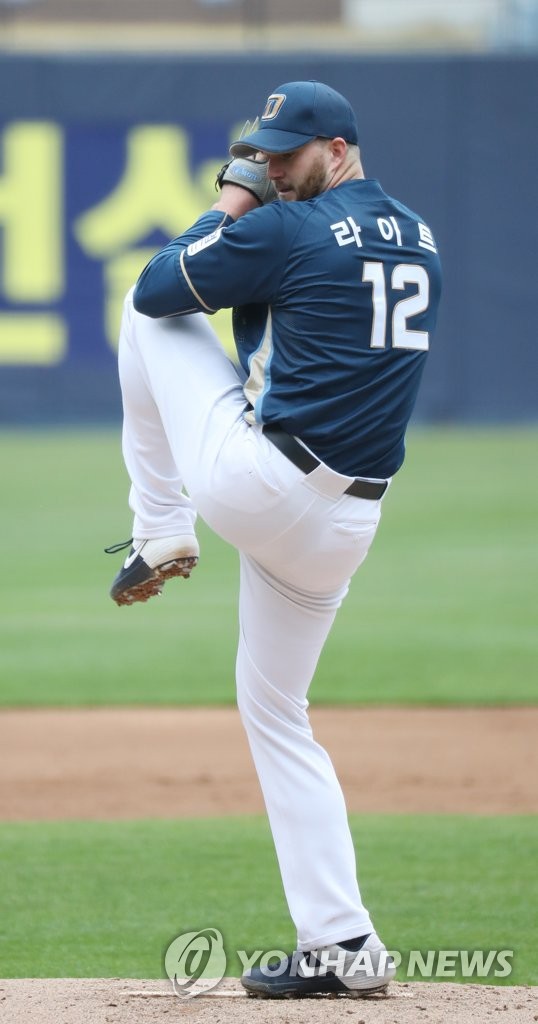 He became a free agent after last season and brought his talent to South Korea when the opportunity came.

"For a couple of years, I knew that somewhere in Asia was probably in my future at some point," Wright said. "I was excited to have that opportunity to travel and see the world, and do different things. When the NC Dinos called, I had multiple friends and scouts tell me, 'You're going to be in a great situation there.' And it's living up to the hype so far."

In the Dinos' rotation, Wright is replacing Christian Friedrich, who himself had replaced Eddie Butler in July last year. KBO teams can only sign up to two import pitchers -- Drew Rucinski is the other pitcher for the Dinos -- and since most of them have major league experience and are paid handsomely, they're expected to post strong numbers right out of the gate.

"There's no expectation higher than (what) I give myself. Whatever they expect of me, I expect probably 10 times more," he said. "I am going to compete every single pitch and give my team a chance to win every time I go out there."

Wright said the transition hasn't been all that difficult, saying, "Baseball is baseball." But he did have his "Welcome to the KBO" moment early: the first day of spring training, in fact. 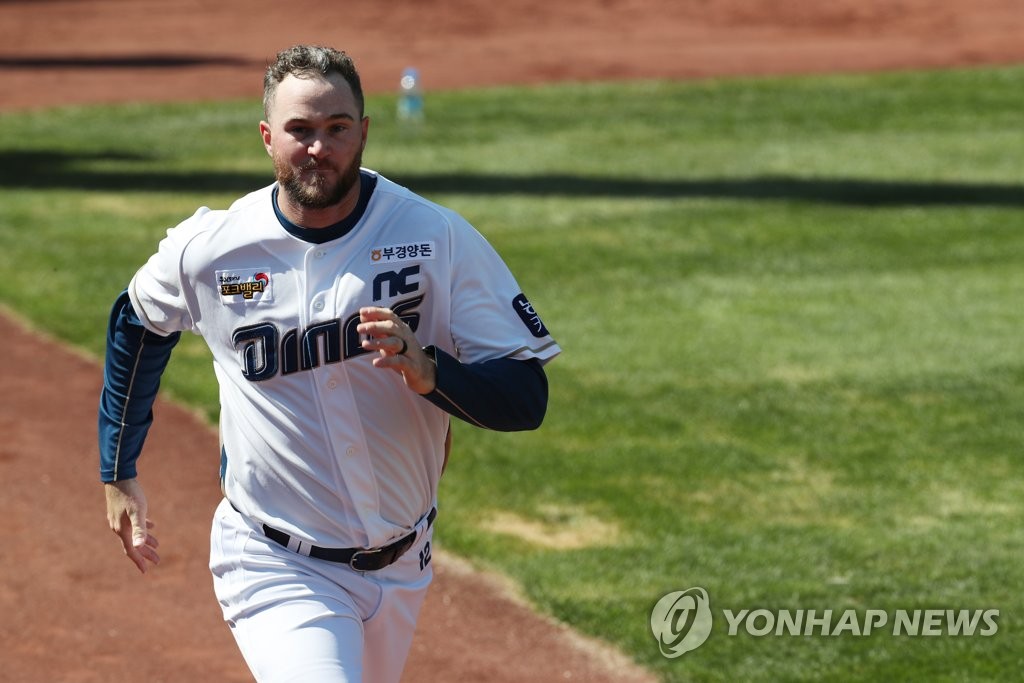 When the players started to stretch, Wright immediately noticed the difference with the U.S. His new KBO teammates were yelling quite a bit and were generally more demonstrative than what he'd been used to seeing in the majors.

But does he yell with everyone else now?

"Absolutely," Wright said with a chuckle. "As soon as I step in, I get in there."

Off the field, Wright and wife, Madison, have also fallen in love with the Dinos' home city of Changwon, 400 kilometers southeast of Seoul.

"We love it. It's small enough that we don't feel like we're in a madhouse, but also big enough that there's plenty to do," he said. "Walking around, you can tell there's quite a bit of a community feel to the city."

And it's also a community that he would like to give back to, once the right opportunity comes. Grateful for what the game of baseball has given him, Wright has long been passionate about sharing that love with others. Through an acquaintance of his sister, Wright is involved in spreading the gospel of baseball in Malaysia. He and Madison are involved in construction of what Wright said will be the very first baseball stadium in Malaysia, at a college on the outskirts of Kuala Lumpur.

"For young kids who are going to come up, even some older kids who are getting into (baseball) ... the love that it brings and how it brings people together is always fun," Wright said. "If (the Dinos) come up to me with something they need (with community service), I and my wife will be more than happy." 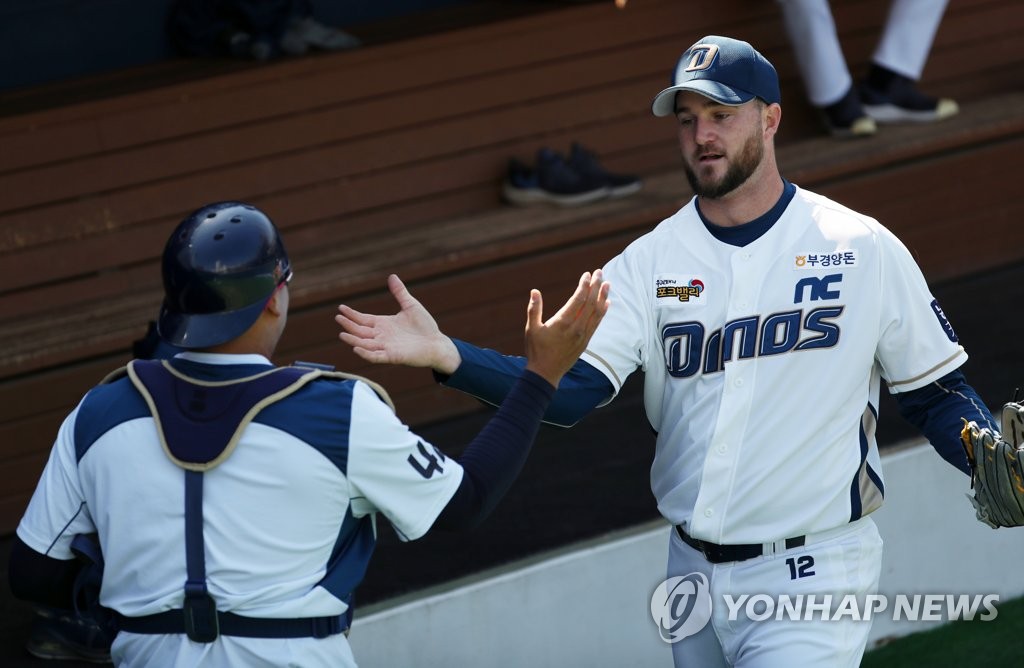