The surcharges for one-way tickets on international routes fell to zero this month from 19,200 won (US$15) last month. The zero rate will remain in May for the second straight month, an industry official said.

If the average jet fuel price on the Singapore spot market rises over $1.50 per gallon, South Korean airlines are allowed to impose fuel surcharges starting one month later.

Jet fuel prices averaged 65.72 cents per gallon on the Singapore exchange between March 16 and April 15, down from $1.34 a gallon a month earlier, the official said.

If jet fuel prices drop below the threshold, no surcharge is collected. There are 10 levels of surcharges, depending on the length of the route.

Local airlines have suspended most of their flights on long-haul routes due to a sharp decline in travel demand amid the coronavirus outbreak. 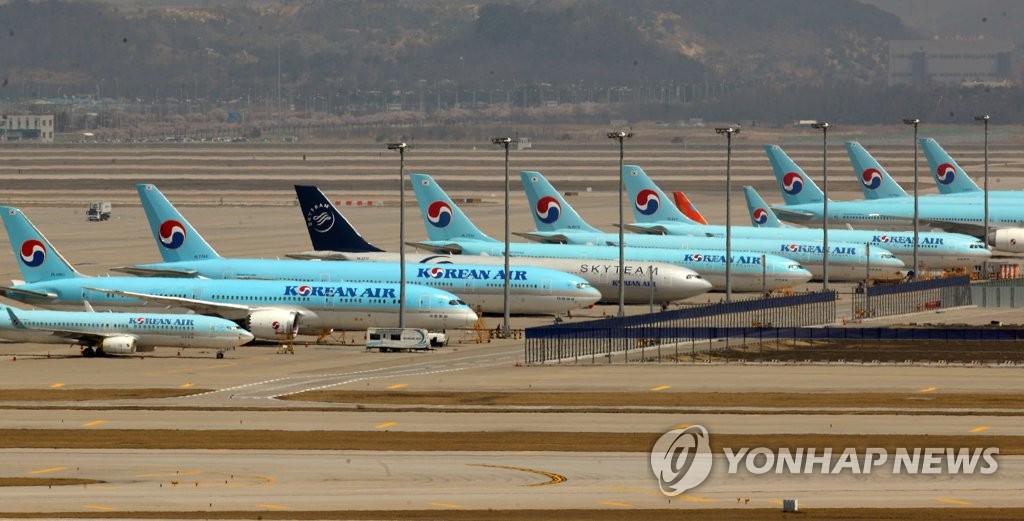 Airlines to apply no fuel surcharges on int'l routes in May

Airlines to apply no fuel surcharges on int'l routes in May